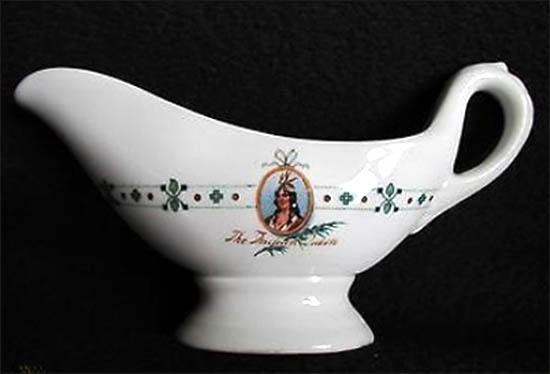 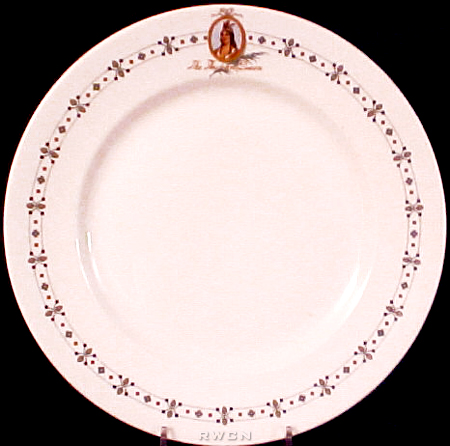 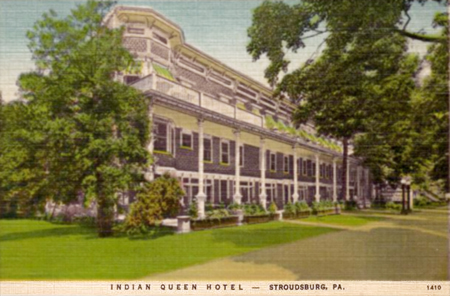 Notes: Located at 814 Main Street, Stroudsburg, Penn., the Indian Queen Hotel was built in 1843 as the private residence of John Witchel. The three-story building was converted to a hotel by John Shively in the 1870s. Over the years there were several owners and upgrades to the building.

In 1953, the Indian Queen was purchased by the O'Neil interests who owned the Penn-Stroud Hotel and once again remodeled the property. Because of the decline of tourism in the Poconos, the Indian Queen ceased operations in 1968. The hotel was torn down and replaced by a bank and parking lot.

White body with a Native American border design #8052, topmarked with an illustrative portrait of a female Native American with headdress, set within an oval frame with "The Indian Queen" in script beneath.