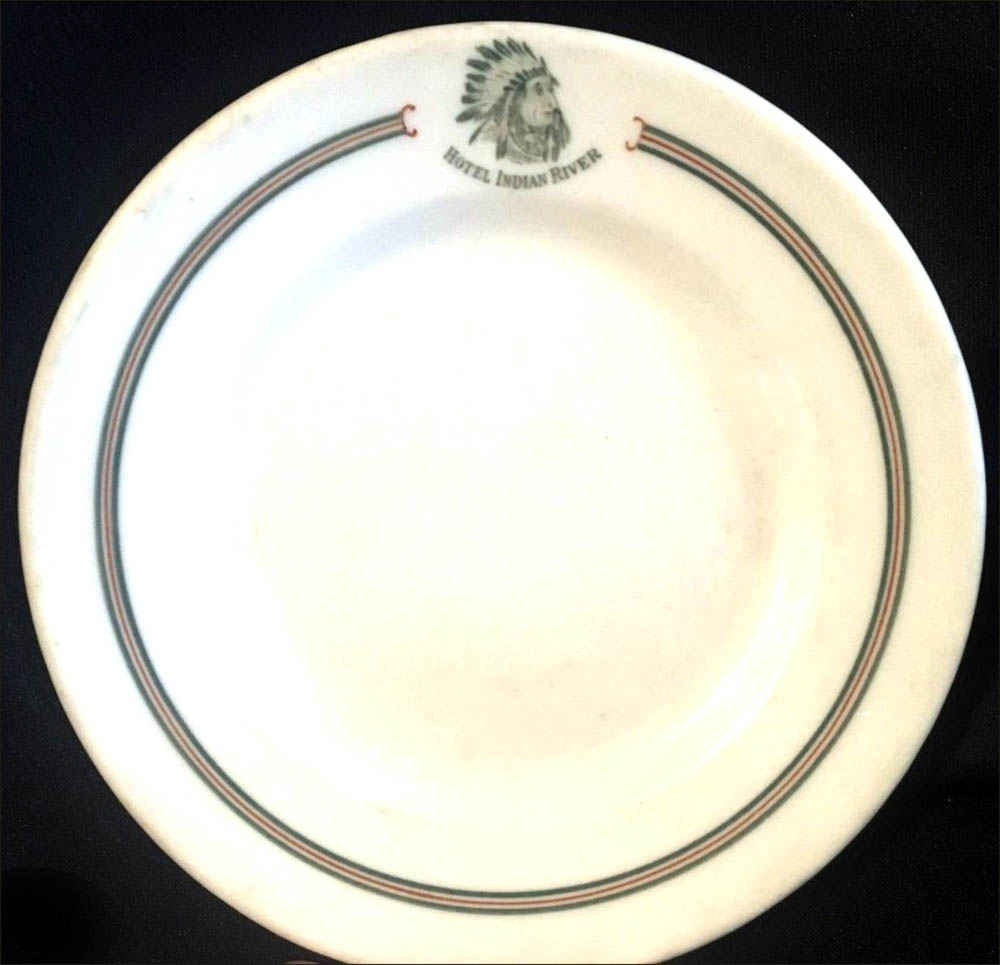 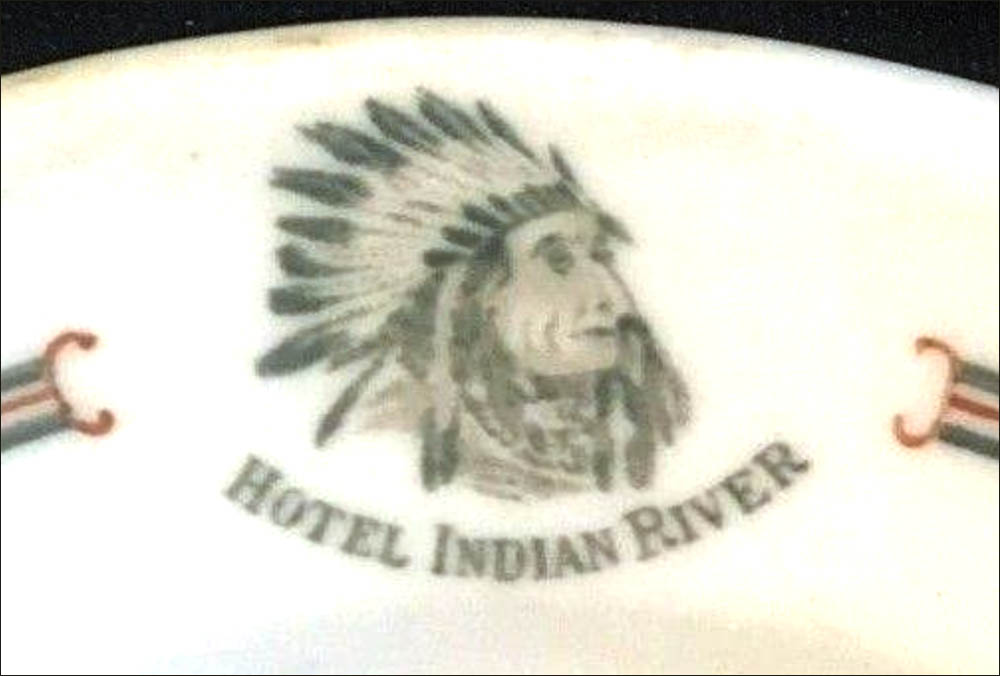 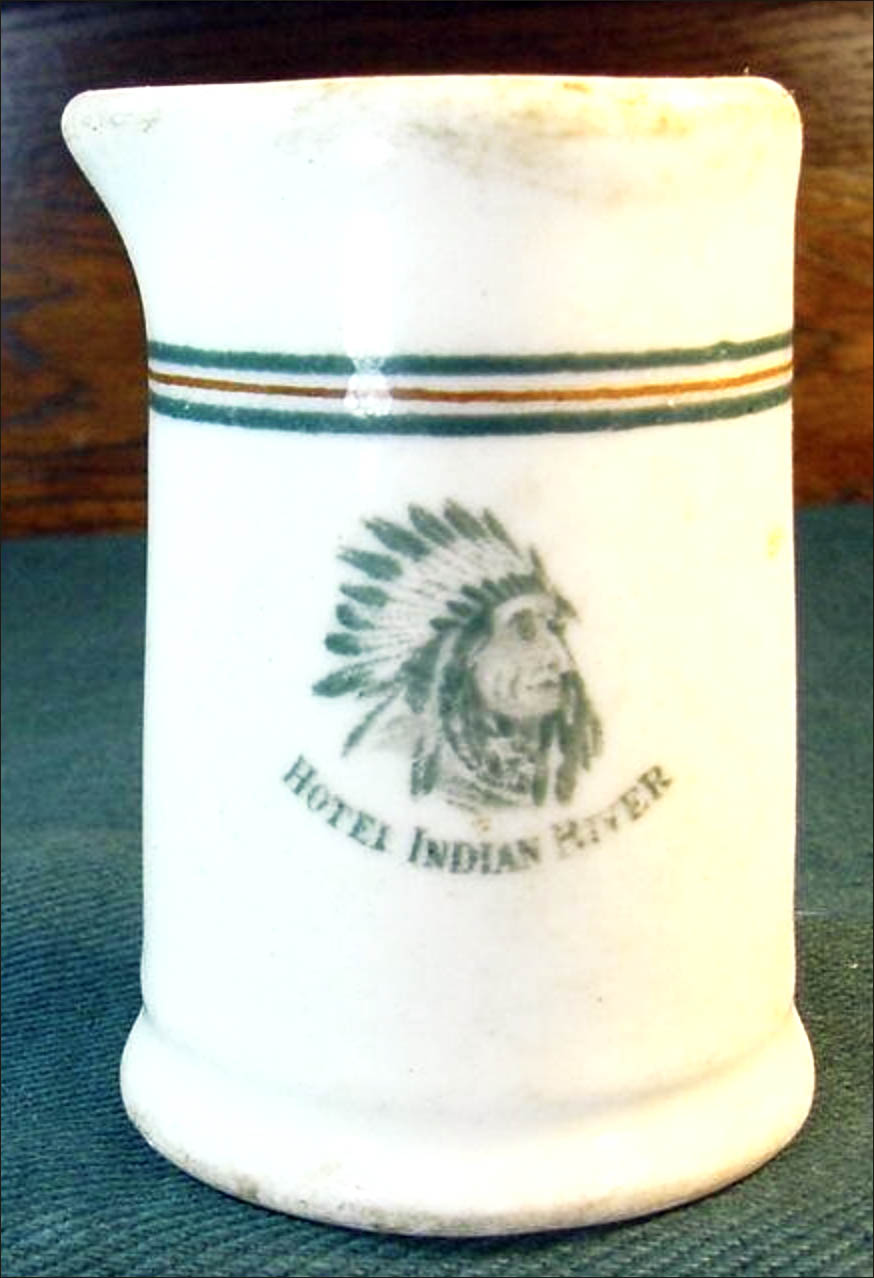 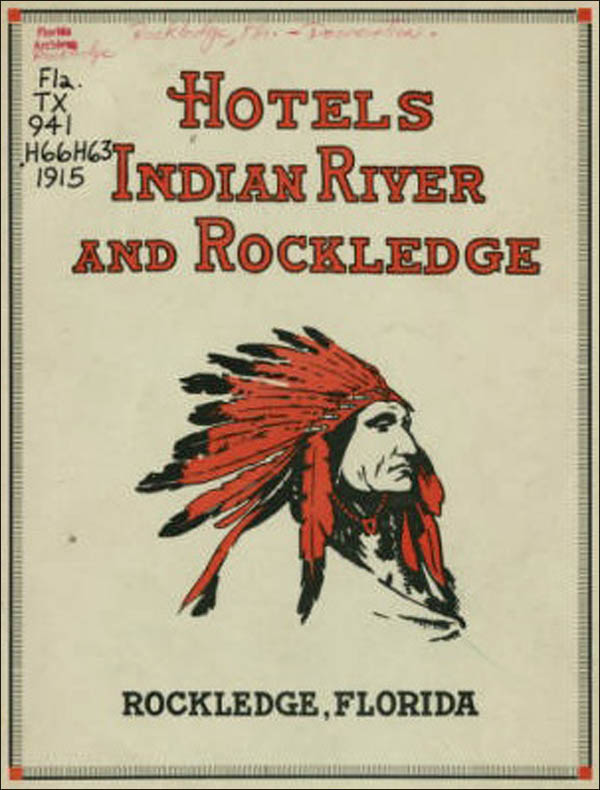 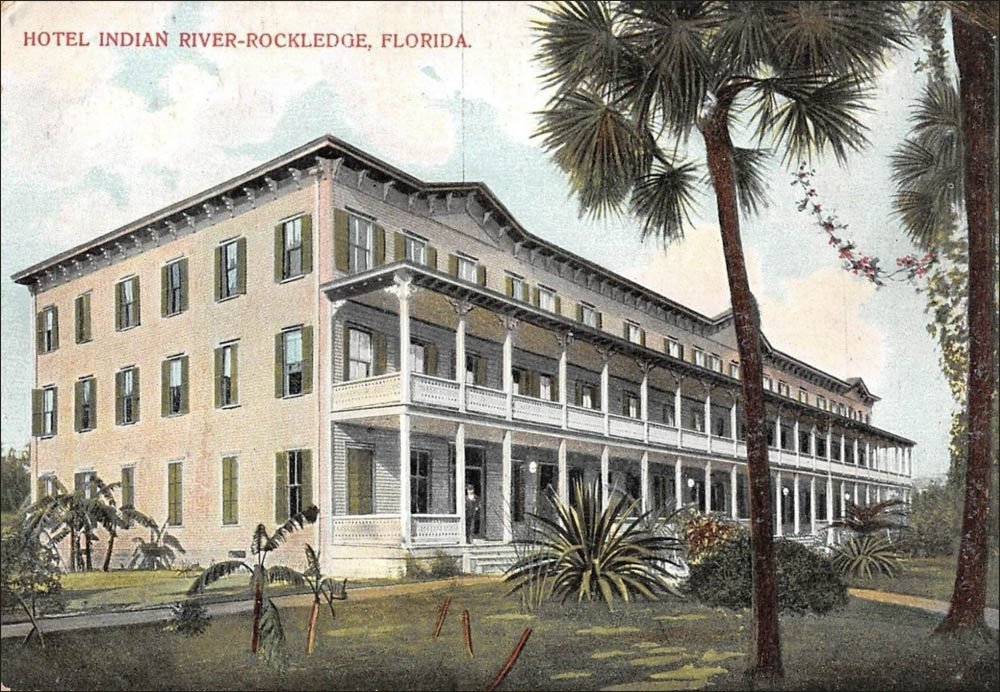 Notes:  The Indian River Hotel was originally built in 1885 as a winter resort. That building burned down and was replace by a second building in the 1890s. The second building was demolished and replaced with a three-story clapboard structure around 1900. The 1900 building was torn down and replaced with a four-story, 135-room, Spanish revival-style building in 1922.  At that time the hotel was renamed "New Indian River Hotel." The 1922 hotel was torn down in the 1970s.

The crested china that Maddock made for the Indian River Hotel was made for the third building, erected around 1900. The green transfer crest is the head of a Native American chief in full feather headdress, facing toward the right. "Hotel Indian River" is curved below. A red orange pin line flanked by green lines, surround the logo, mid rim. Maddock's American China base was used for the original order.