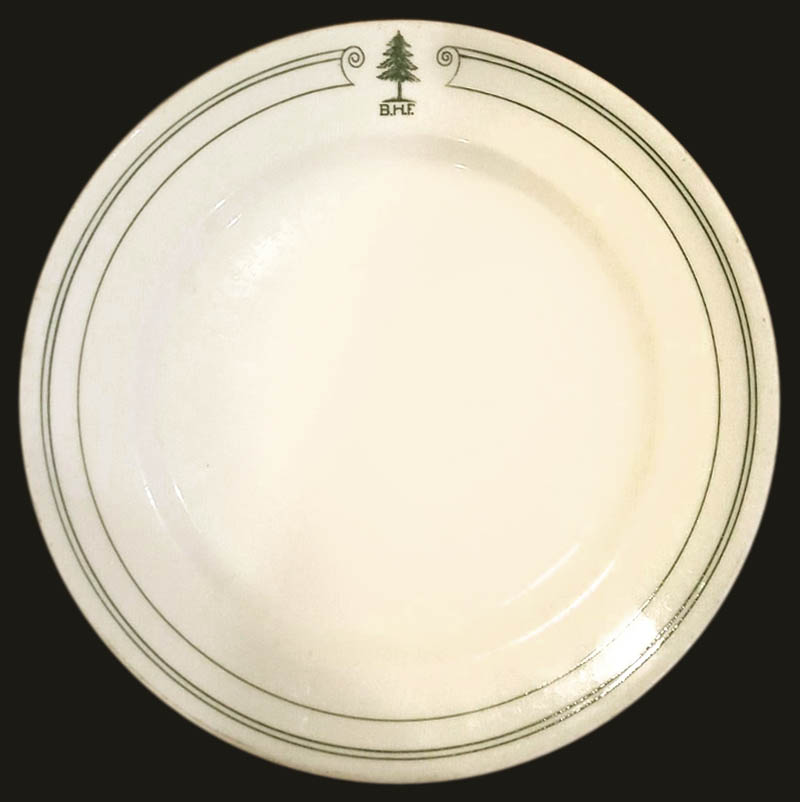 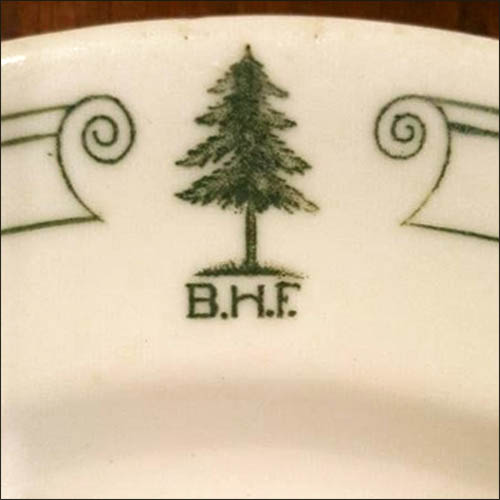 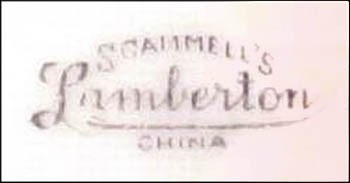 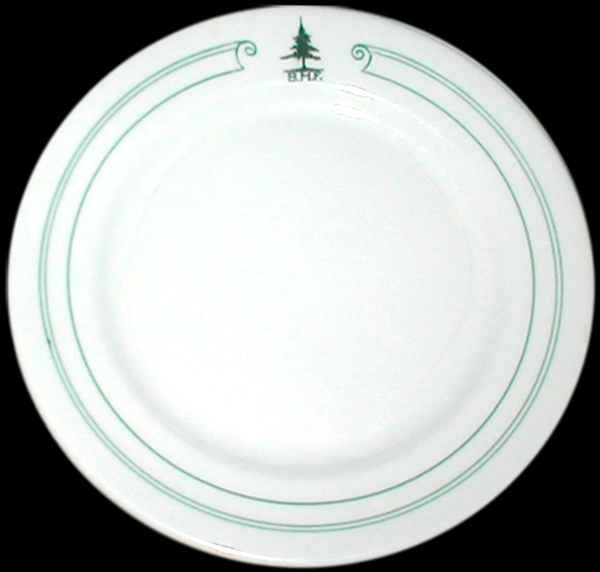 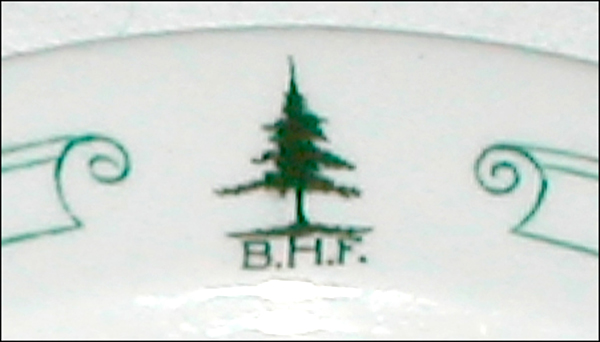 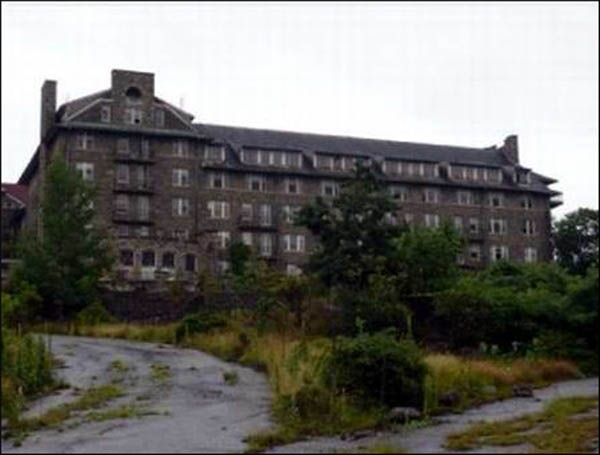 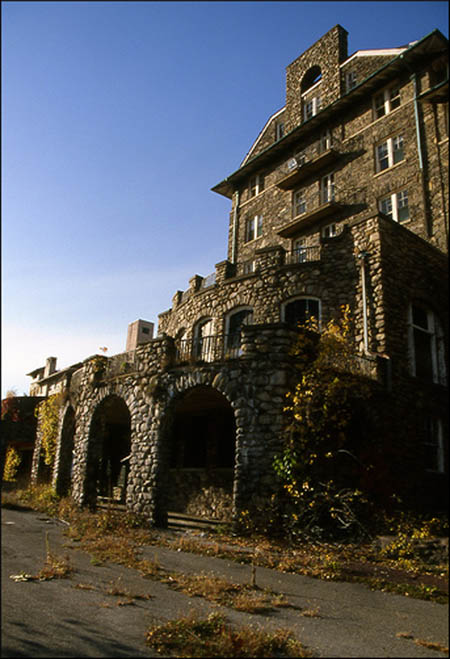 Notes: Buck Hill Falls was started by a Philadelphia Quaker, Samuel E. Griscom, with an inheritance of several thousand acres of land. Griscom was so taken by his property that he envisioned it as a summer vacation site for Quakers. He invited friends to visit the land in the summer of 1898. They were so impressed …"they bought the land, organized a company (Buck Hill Falls Co.), capitalized at twenty thousand dollars, and announced their plans to build a 'large inn.'"

So began the village of Buck Hill Falls in Monroe County, Penn. What started as an 18-room inn on June 22, 1901, became a 40-room inn by 1902, "and a dining room for a hundred twenty guests was added. Many diners were owners of cottages built along drives on the inn property in a growing settlement of summer homes." By 1923, the seven-story inn had 214 bedrooms. "In the early extensions of the original inn, all building was frame, but gradually the frame buildings were town down and replaced. The last frame element of the older hotel was torn down in 1930 and replaced by a steel and concrete wing including an auditorium seating a thousand people."

Buck Hill Falls "had many pleasant features – high ridges, deep valleys and a gorge where a fine waterfall tumbled. The slopes of the gorge were covered by a hemlock forest – one of the few remaining in the region." The tree in the plate's logo is a hemlock tree.

"Even though the cottages began as simply as the hotel, they too have changed over the years. Some are luxurious estates, many occupied year round. Nearby is a beautiful formal garden, a memorial to one of the gardeners. Beyond the formal garden are bowling greens. Past these are the tennis courts, and beyond them an Olympic-sized swimming pool set in a natural amphitheater with a bath house and sun terrace."

"The inn's outdoor diversions are varied enough to suit every mood from porch sitting to golf, skiing, lawn bowling, fishing, swimming, carriage and horseback riding, hiking and regional sightseeing. The golf courses and ski runs are the most popular."

Eventually the inn grew to more than 400 rooms and suites and closed in 1991. Among the amenities of the village of Buck Hill Falls are a 27-hole Donald Ross designed golf course, 10 Har-Tru tennis courts, an expansive stone swimming pool, lawn bowling, blue-ribbon trout streams with waterfalls and hiking trails over approximately 4,500 acres of land. The community also has private water and sewer systems.

According to Larry Paul's 20th Century Hotel Research Database, the china service is Scammell Lamberton. White bodied plate with green lines and curlicues on the rim, broken by a green Hemlock tree and the initials B.H.F. beneath the tree.

Two examples of this pattern are shown above, both white bodied with the same backstamp, but the hemlock tree is gray green on one and deep green on the other. One theory behind this color variation is that the gray green design was originally a Maddock Pottery Co. decal used on Scammell China, while the deep green design was a re-order and re-print of the Hemlock tree decal on Scammell China.