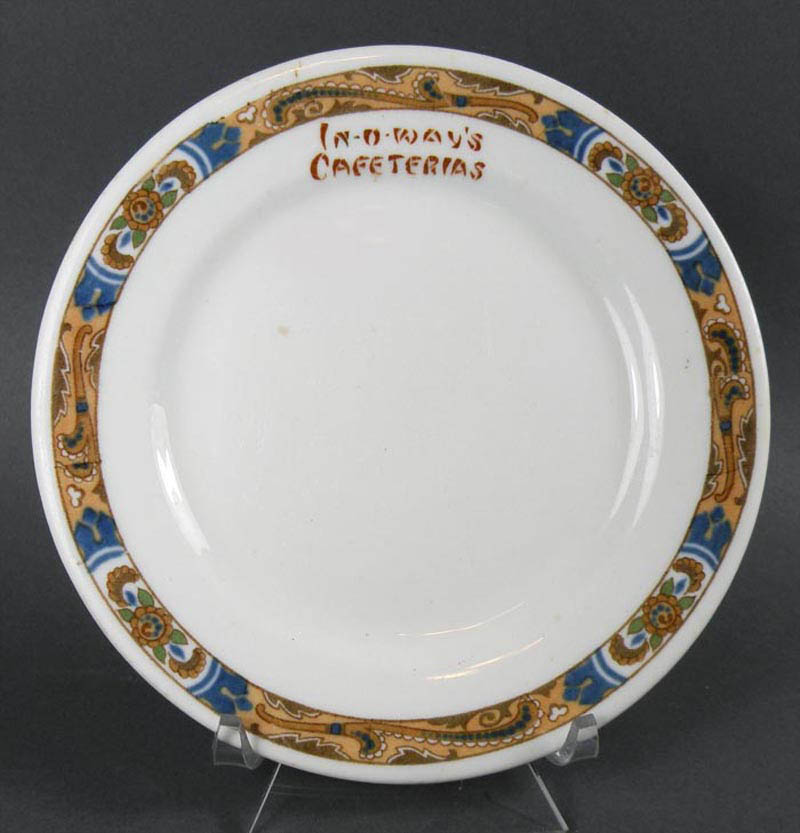 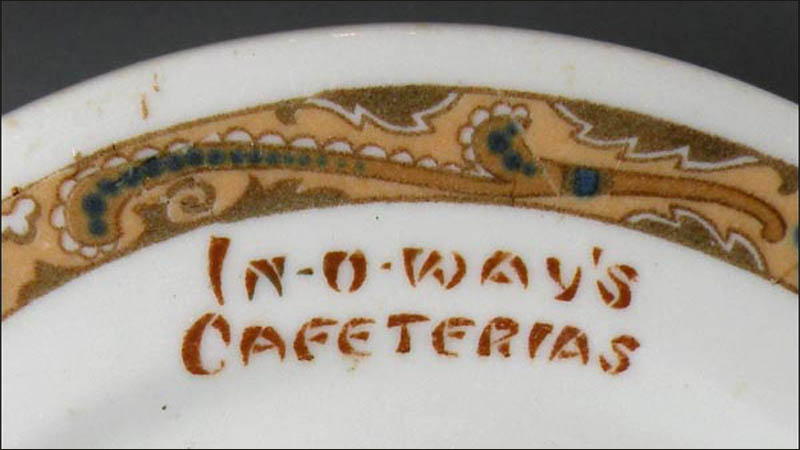 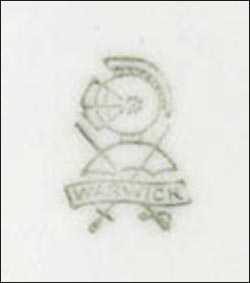 Notes: Jack Inoway was born in Japan around 1890, according to the 1930 census, but spent his earliest years in New York City. He made a home for himself in Ohio in the 1920s after travels with Harry Blackstone's vaudeville troupe led him to the Midwest.

He seemed to have owned at least five restaurants, beginning with a cafeteria at the Piqua, Ohio, YMCA. He also owned the Inoway Cafeteria in Fostoria, Ohio, which was probably the source of this china. It is not known when he opened it, but according to the March 18, 1933, issue of the Findlay Morning Republican, it was located in the Union National Bank building and was sold in March 1933, to be reopened by A. T. Ward as The National Grill.

In Lima, Ohio, Inoway was a partner or owner of Jack and Frank's Steak House, Jack and Yoshi's Cafeteria and Jack's Cafeteria. Considering the name on the china, Inoway's Cafeterias, it could be that Inoway used the dishes in more than one of his locations through the years.

The Dec. 14, 2005, issue of The Lima News ran a story about Pearl Harbor titled "Stereotyping at its worst": "A Lima businessman of Japanese descent lost his business and his good name as the result of Pearl Harbor. He died nine months after the attack, some say of a broken heart."

The story goes on to profile Inoway, whose name in Lima "had become synonymous with good food. … People knew that if Jack Inoway was involved, the food would be good."

Inoway, who had a wife and two children, was a popular pillar of the Lima community and was devoted to the United States. On Dec. 9, 1941, however, two days after the attack, U.S. Treasury agents seized Inoway's business receipts and interrogated him for hours. "The restaurant was closed for business for two days, although Inoway was given a clean slate by the agency within hours. … However, for business purposes, Inoway sold his share of the restaurant business to his partner, F. C. Harrison. After that, Inoway remained close to home, seeing few friends. In September 1942, he died of a heart attack at St. Rita's Hospital. He was 53 years old."

The plate has a paisley design on the border, interrupted by floral motifs in blue and brown. In a reddish brown are the words: In-O-Way's Cafeterias in a font reminiscent of Japanese calligraphy. The name is also easily (mis)interpreted to be: In-U-Way's Cafeterias.