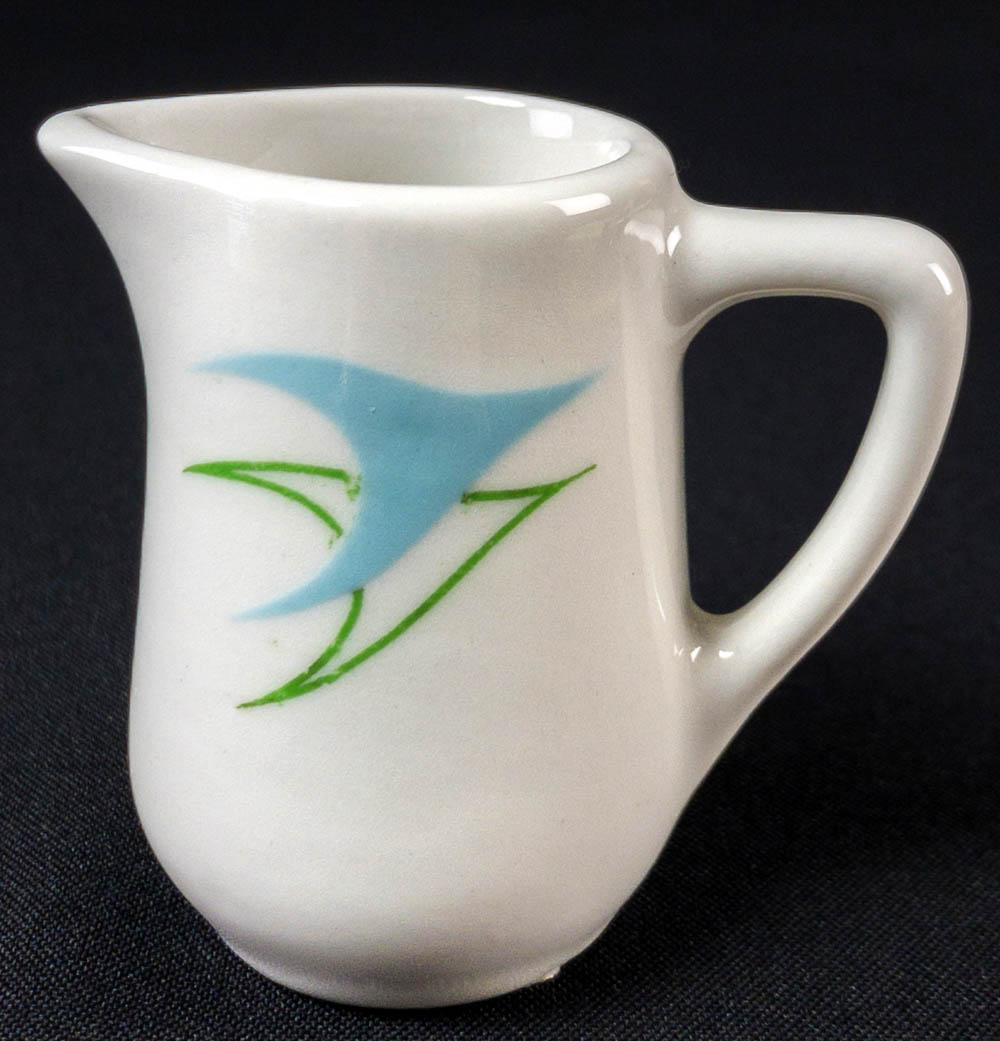 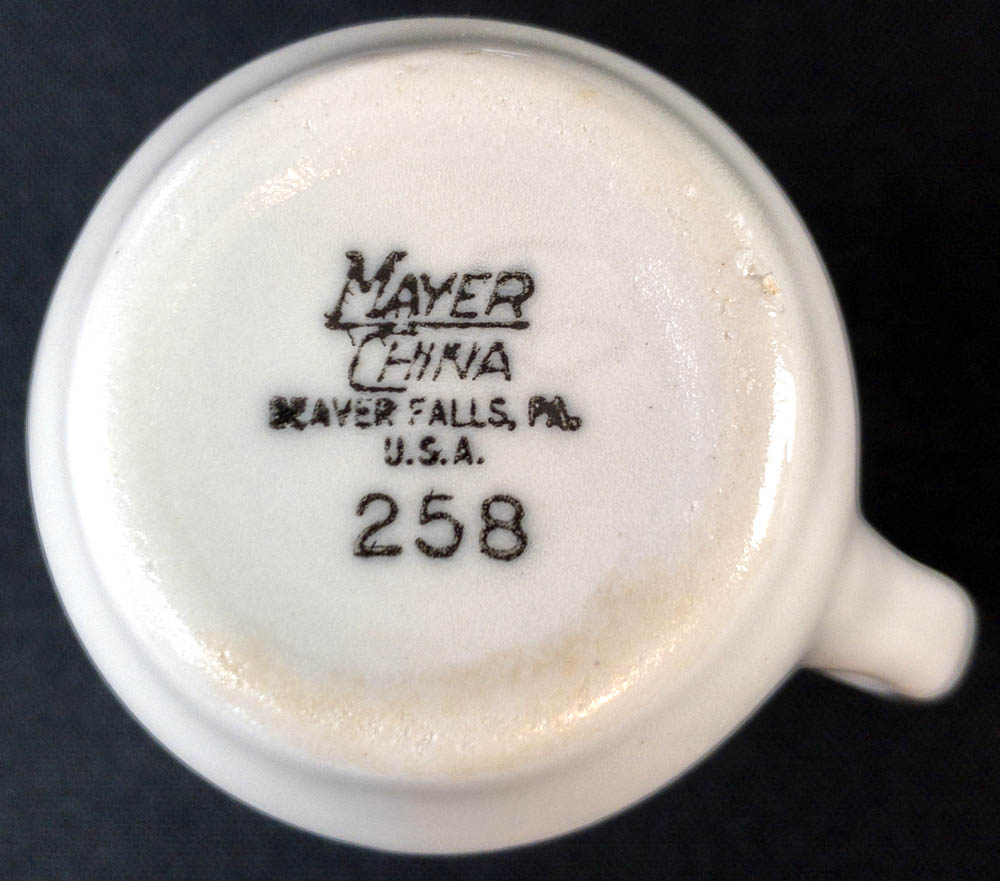 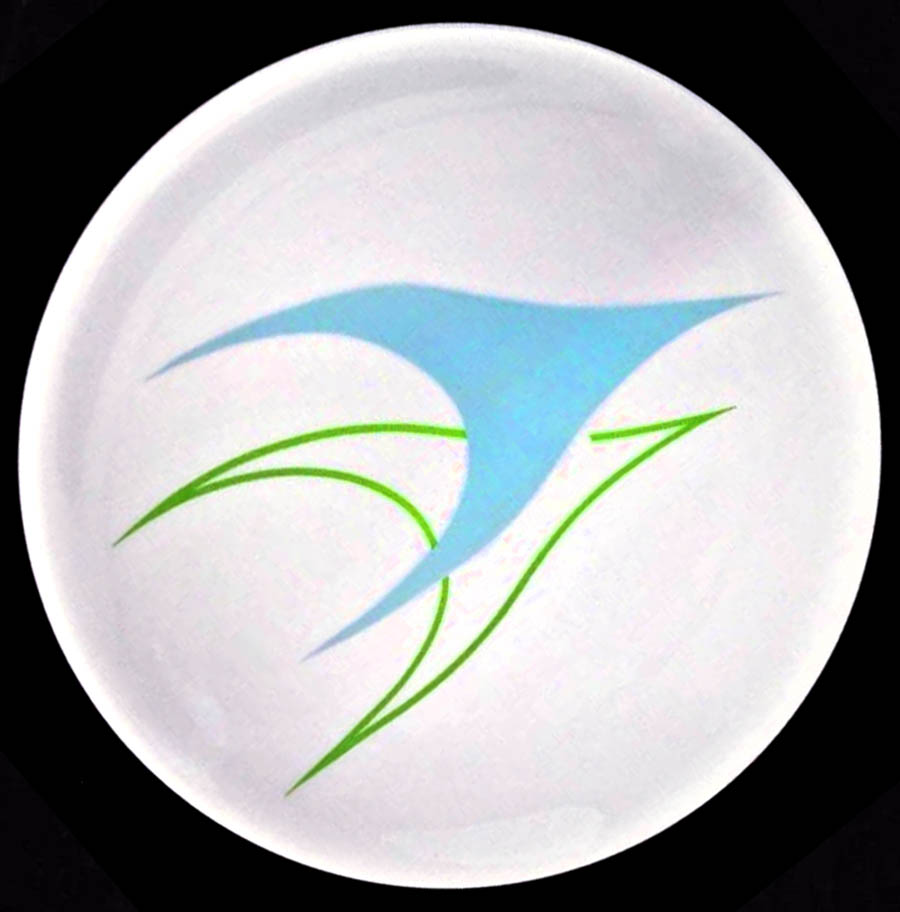 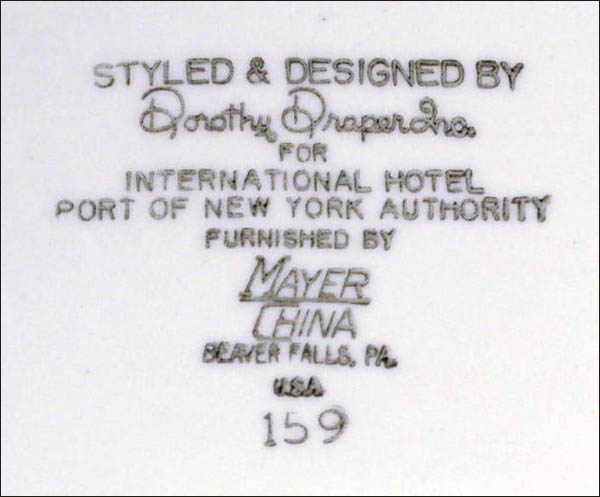 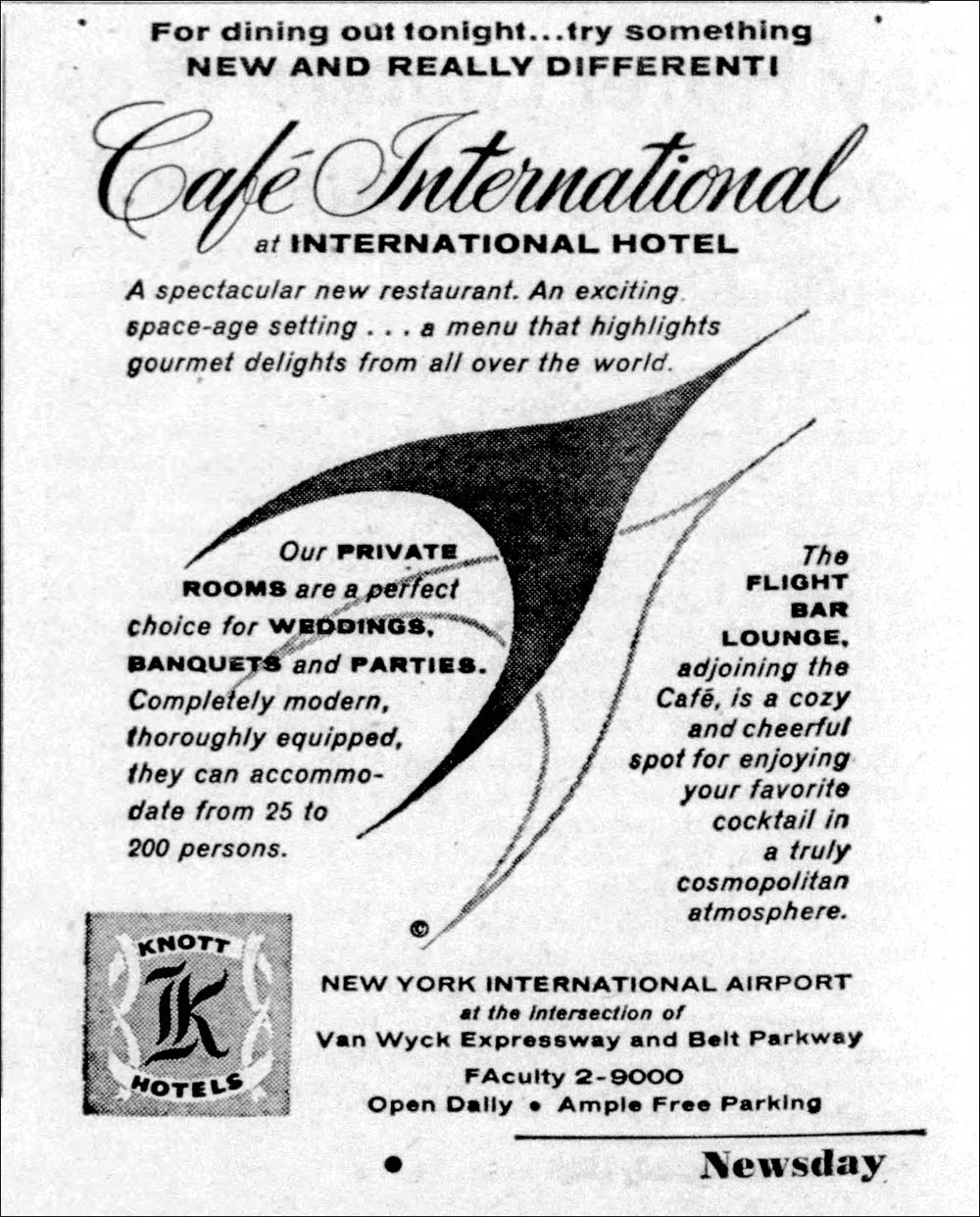 Advertisement for the Cafe' International 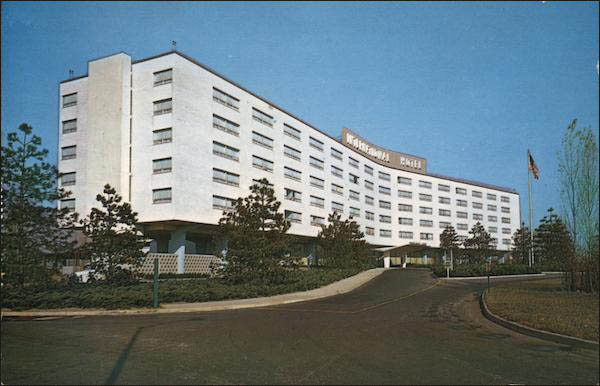 Notes: The International Hotel was located on what was then the New York International Airport (now, 2022, JFK Airport) grounds at the intersection of Van Wyck Expressway and the Belt Parkway in Jamaica, a New York City borough of Queens, New York. The six-story structure had 320 guest rooms and was managed by Knott Hotels at the time this china was produced.

The hotel served as a "makeshift grief counseling center," according to the New York Daily News in 1996, following the TWA Flight 800 crash. It also served in the same capacity following the Swiss Air Flight 111 crash in 1998 (off of Nova Scotia); Egypt Air Flight 990 in 1999; and the American Airlines Flight 587 crash in November 2001. A nickname the International earned was "Heartbreak Hotel" because it housed so many relatives of victims of plane crashes over the years.

In 1958, Dorothy Draper was commissioned to do the design work at this and all future Knott Hotels. This Dorothy Draper design depicts twin stylized jets or spacecraft in turquoise blue and lime green.