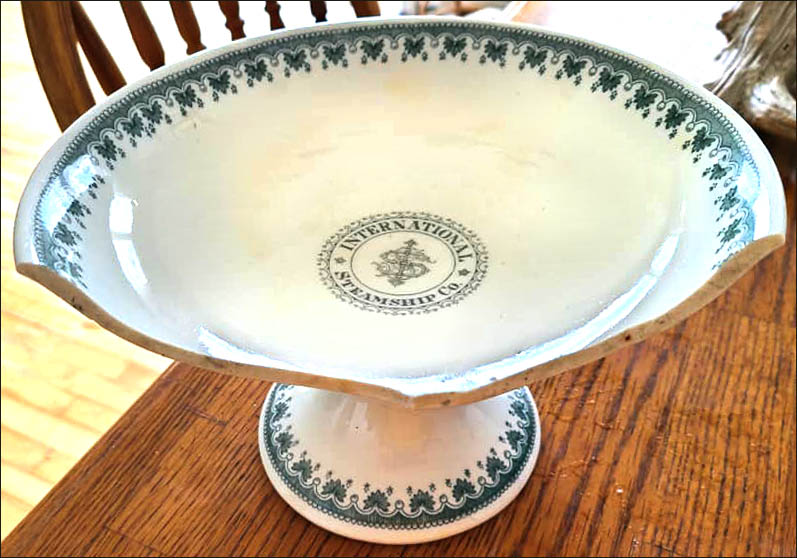 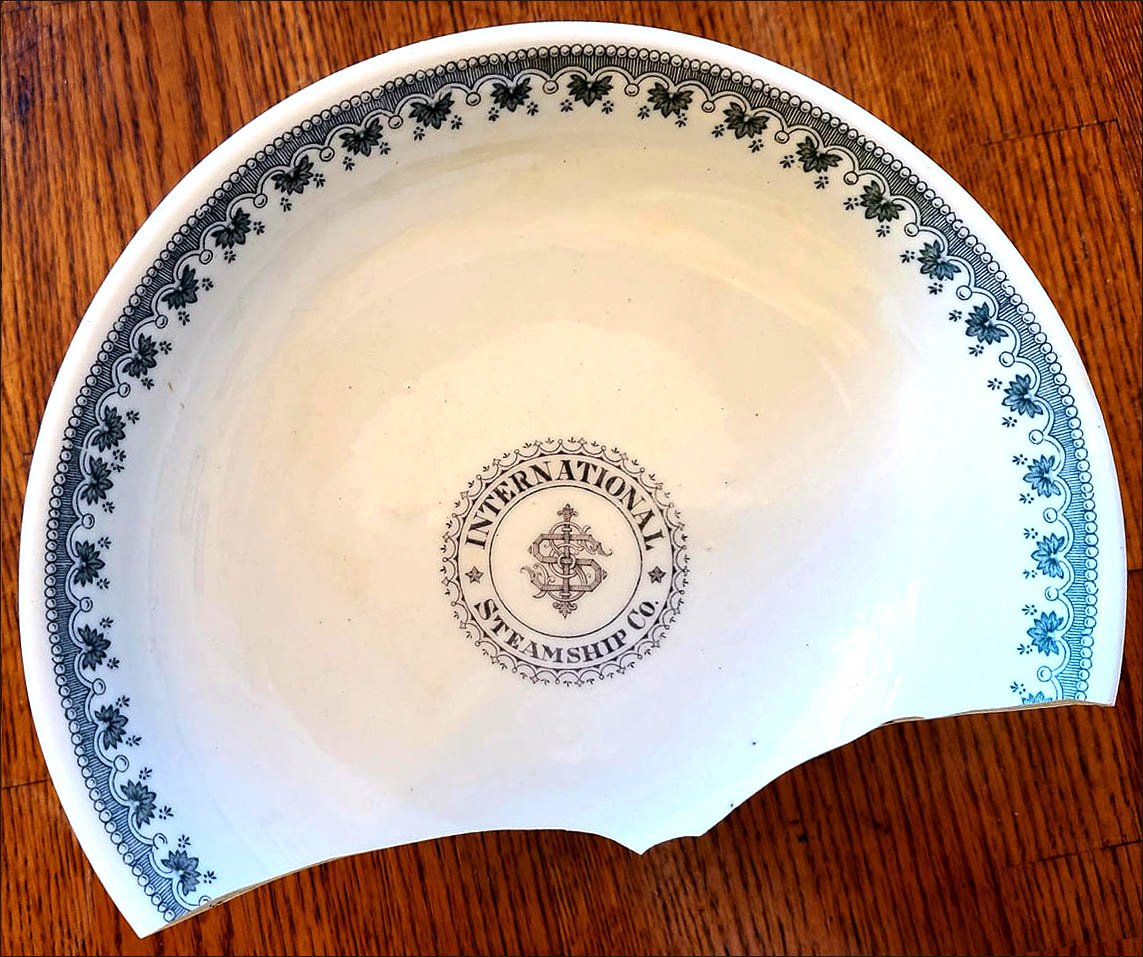 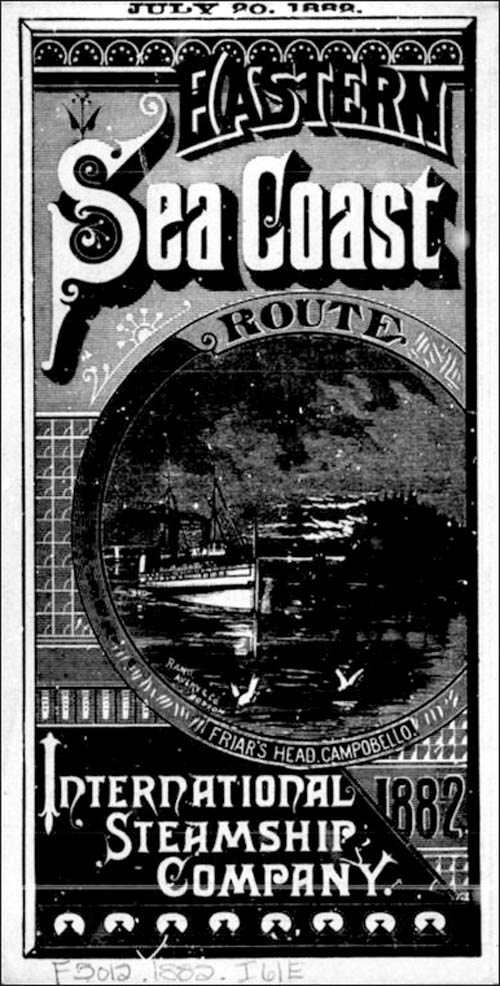 Notes: RWCN member Alan Shepard found this damaged compote in June 2021 when he was diving in Maine. "When I found it, all that was exposed was the base and I had to dig through thick mud to free it," he said. "Seeing the steamship logo made it worth the effort."

The International Steamship Company served the northeast coast of the United States and Canada in the latter half of the 19th century.  Founded in 1860, it eventually merged with the Inman Line and both were absorbed in 1893 into the American Line.

In a travel booklet, published by the Passenger Department of the International Shipping Company and preserved by the University of Alberta, comes the following paragraph:

"In addition to its sea-coast route, the International Steamship Company maintains a direct line between Boston, Digby and Annapolis, Nova Scotia.  The Company founded in 1860 has at the present time in commission two of the finest steamers in eastern water; the "State of Maine" and the "Cumberland" are Bath-built side-wheel craft of 1600 tons burden, constructed during the years 1882 and 1885 respectively, by the ship-building company, which has just received the government contract to build two cruisers for our new navy, modern in every particular, and rival the floating palaces of Long Island Sound. Large expense is made by the liberal management of the the line in keeping its steamers up to a high standard of excellency. The menu and table service is unsurpassed."

White body compote with a beaded border containing green leaves. In the center of the compote's well is a circular logo of the International Steamship Co.