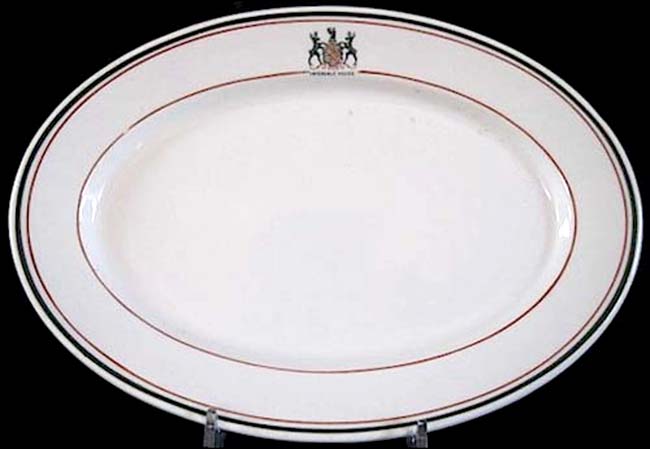 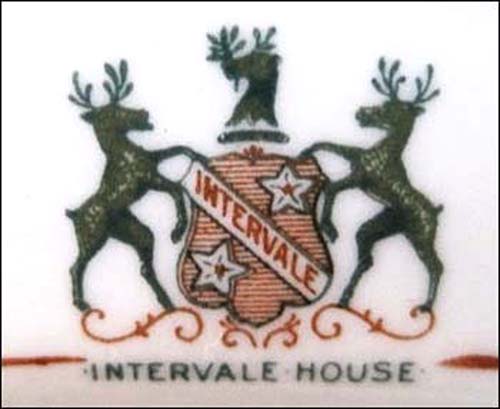 Notes: The Intervale House was one of three grand hotels in North Conway, N.H., and possessed one of the greatest views in New Hampshire: a panoramic view of the entire Presidential Range, its foothills and the Saco River.

From "The Grand Resort Hotels of the White Mountains," by Bryant F. Tolles, Jr.: "In 1868, W. H. H. Trickey erected the first portion of the hotel on the site of the former tavern and homestead of Captain Elijah Dinsmore. The property passed to Frank Mudgett and Alfred Eastman in 1871 and, in 1874 came under the ownerships of Mudgett, his brother Herbert, and their father, Stephen. The new firm, S. Mudgett & Sons, enlarged the building in 1873 and may have expanded it again during the off-season months of 1879-80?"

In 1883, the dining room was removed and an ell was added with a larger dining room and 50 new rooms upstairs. The hotel and cottages had accommodations for three hundred people. The Intervale House was sustained by its own farm and supply of fresh spring water. On May 22, 1923, the hotel burned to the ground. The same view that was seen from the wraparound porches of the Intervale House can still be seen from the Intervale Motel that sits on its site.

The white platter has a green line on the rim with a red line below. A red line on the verge is broken by the logo, which is a three-part shield with two stars and the word: Intervale. There are standing deer on either side of the shield with the head of a deer above. Below the shield are the words: Intervale House.