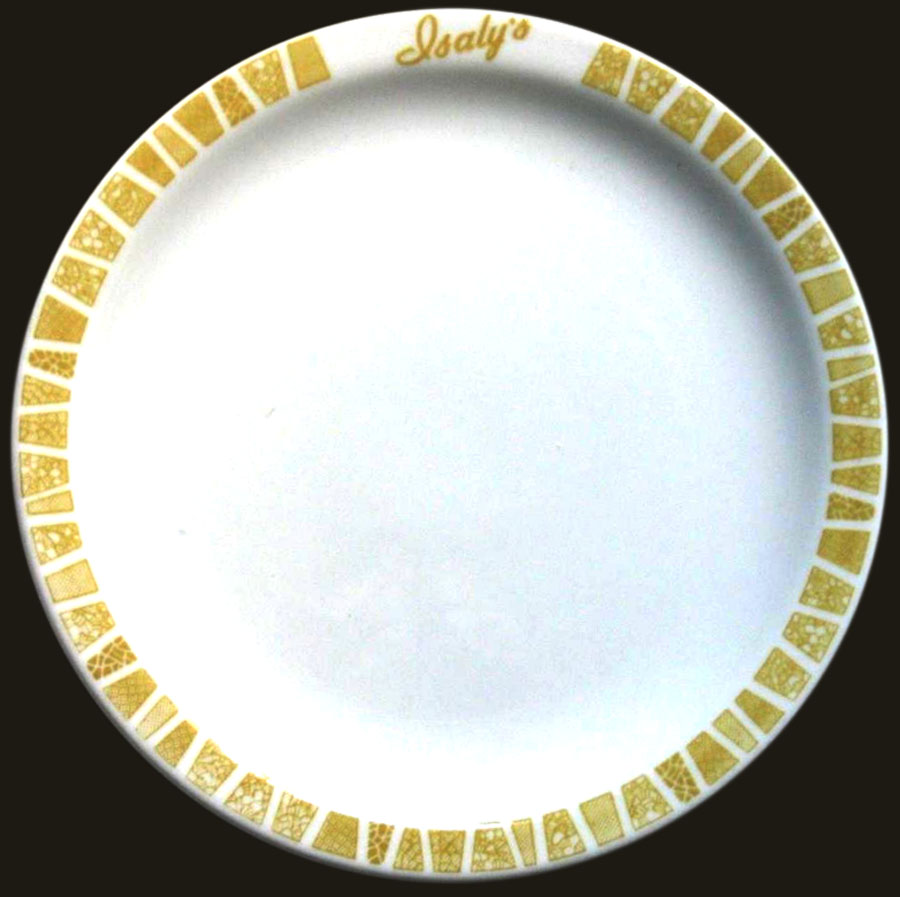 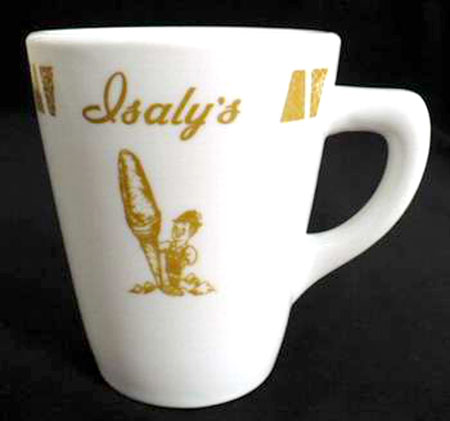 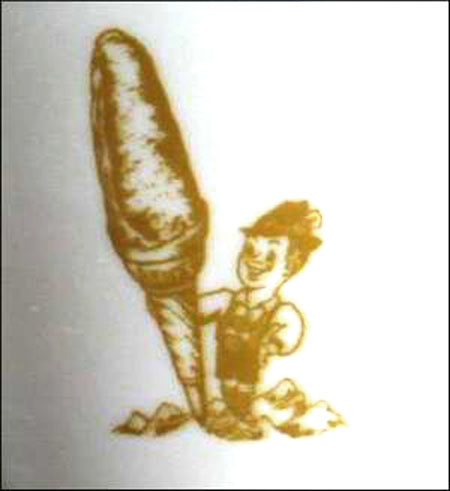 Notes: The following was taken from the Islay's website: "Starting in the early 1930s, Isaly's deli and dairy products were sold exclusively in Isaly's own chain of bright, white-tiled stores with "Isaly's" written large above the doors. Now, with changed lifestyles, those stores are mostly a fond memory. But the Isaly's brand of meats and cheeses lives on, in supermarket delis and convenience stores throughout Western Pennsylvania, Ohio and West Virginia, parts of Maryland and Virginia, too. Generation after generation, the brand remains a family tradition."

The Isaly family is also credited with creating the Klondike bar, a square of ice cream dipped into Swiss milk chocolate, circa 1920s.

White body with mustard script lettering and rim decoration. The mug also has an image of a young mountaineer holding a super-sized Islay's Skyscraper Cone.