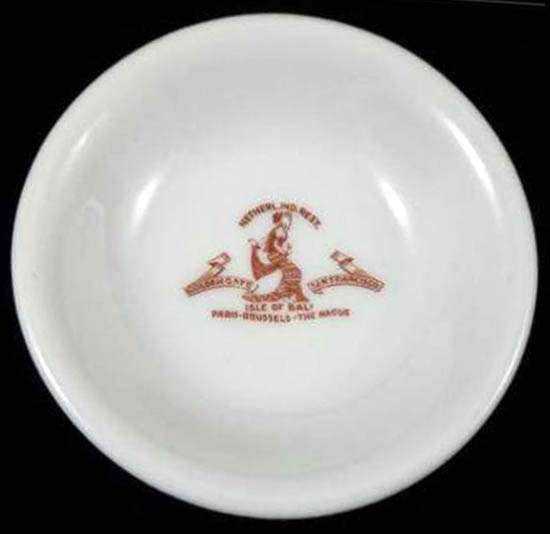 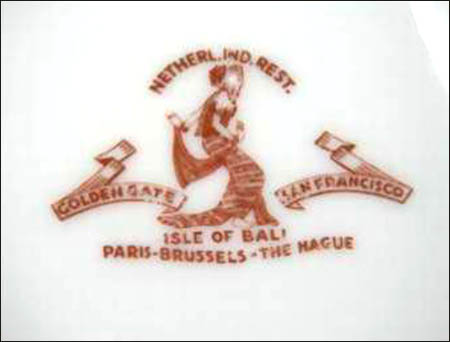 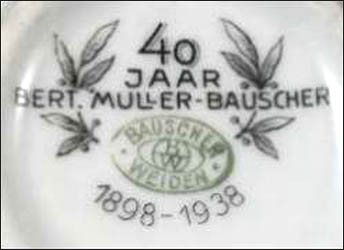 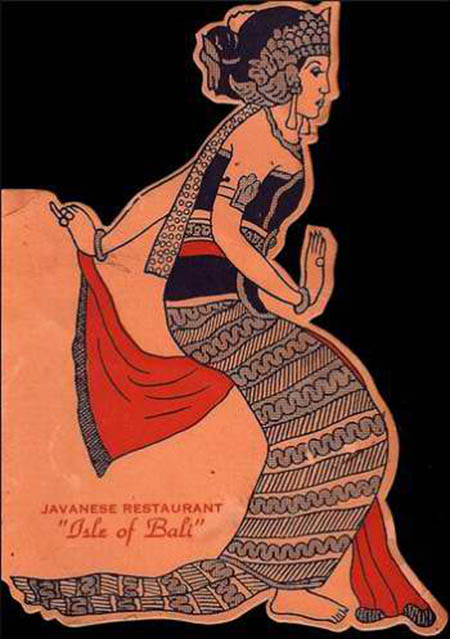 According to an Isle of Bali menu from the Alice Statler Menu Collection at City College of San Francisco, the restaurant represented the "Netherlands Indies Government Participation" in the exposition. This piece could have been used at the exposition and/or distributed as a commemorative sauce dish.

White body, topmarked in brown with the Isle of Bali logo of a woman dressed in traditional Balinese attire.