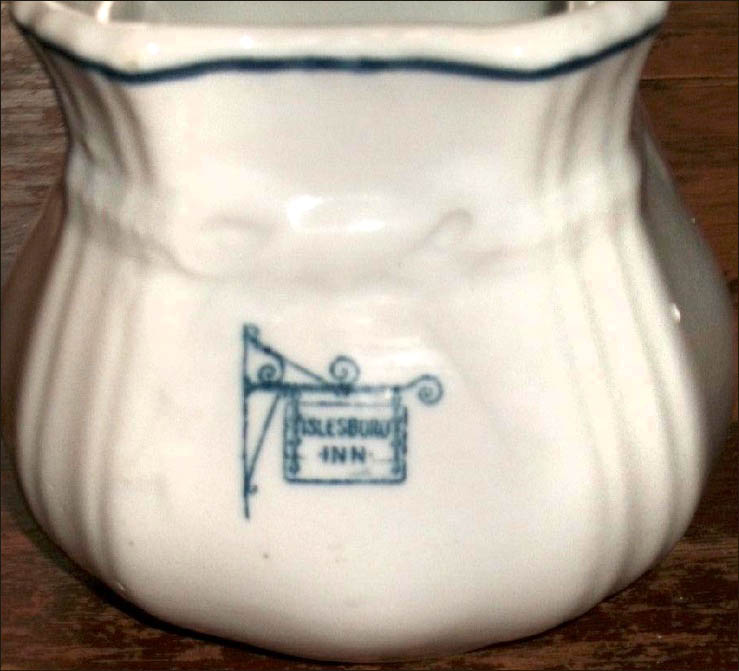 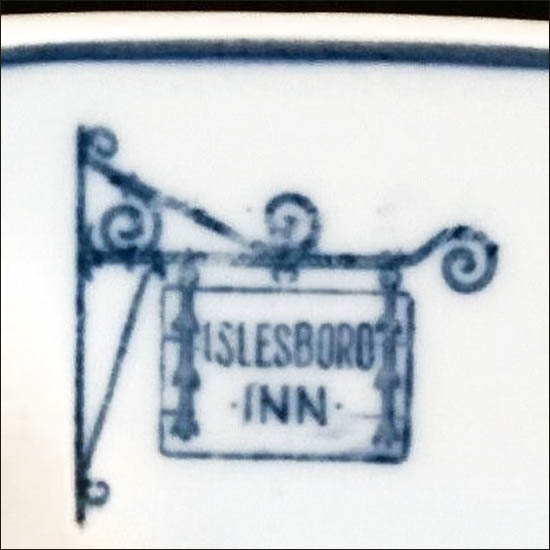 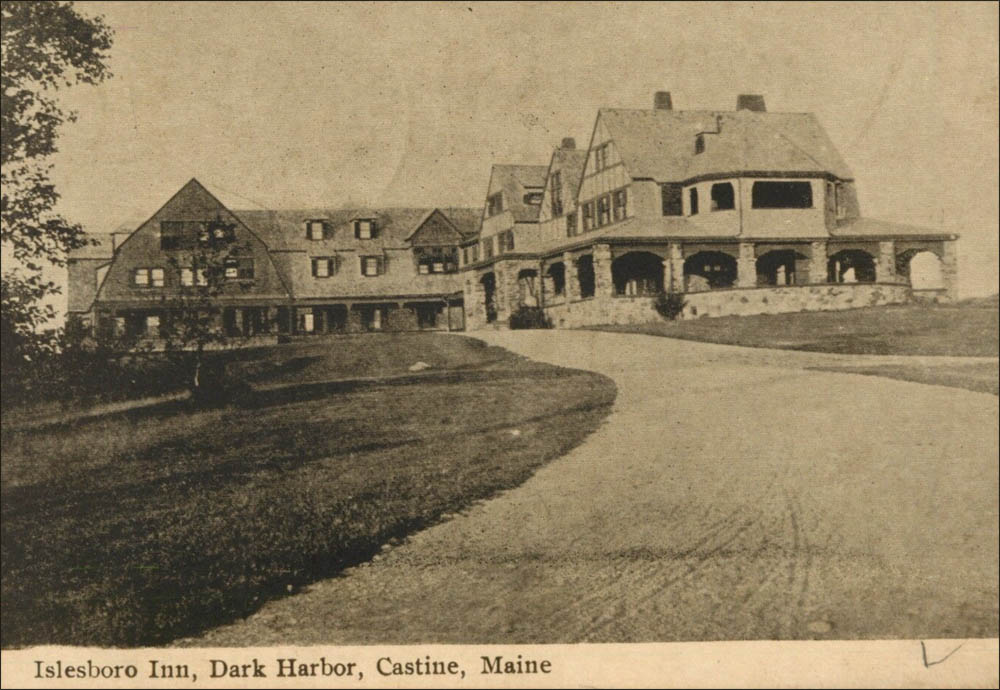 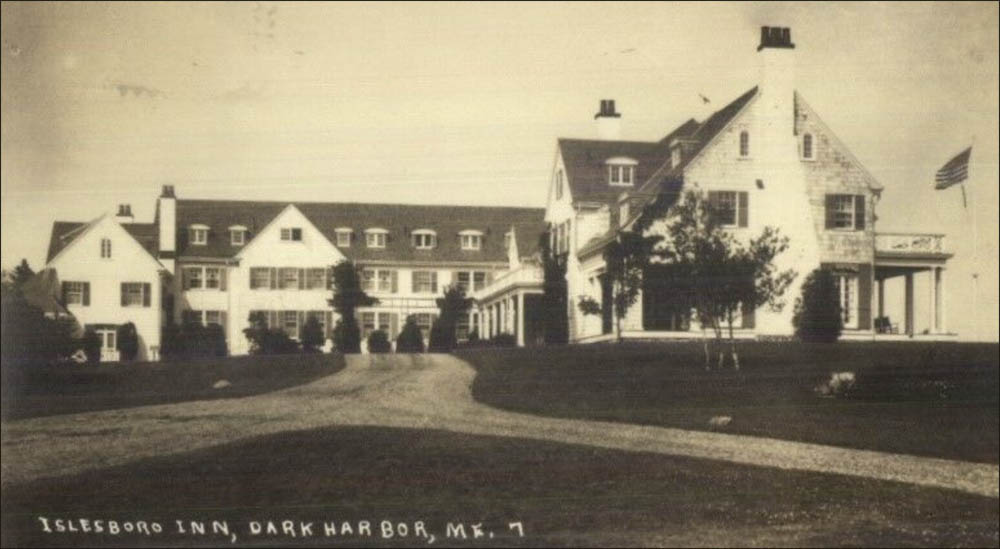 Notes: The Islesboro Land & Improvement Company, of Philadelphia built the Isleboro Inn in 1889. They built it to attract wealthy people to Dark Harbor so they could sell them expensive lots to build summer cottages on. The 55'6" by 44' dining room had two fireplaces. A wing was added to the inn before the 1891 season.  More additions were made in 1891, 1899, and 1913. The original inn burned to the ground on September 30, 1915. It was rebuilt on the original foundation, in 1916. The Isleboro Inn re-opened August 5, 1917. An addition followed in 1920. The Great Depression took its toll, followed by being closed during WWII. It is listed in the 1955 Hotel Red Book as a summer resort with 80 rooms on the American plan. It was torn down in 1955 after the summer season ended. The ballroom was saved and converted to a private home.

Maddock made Lamberton China with a green transfer hanging name sign crest. The only known surviving example of this pattern is a bag-shape sugar bowl. This pattern could have been made for the original Isleboro Inn, or for the replacement, or used in both.