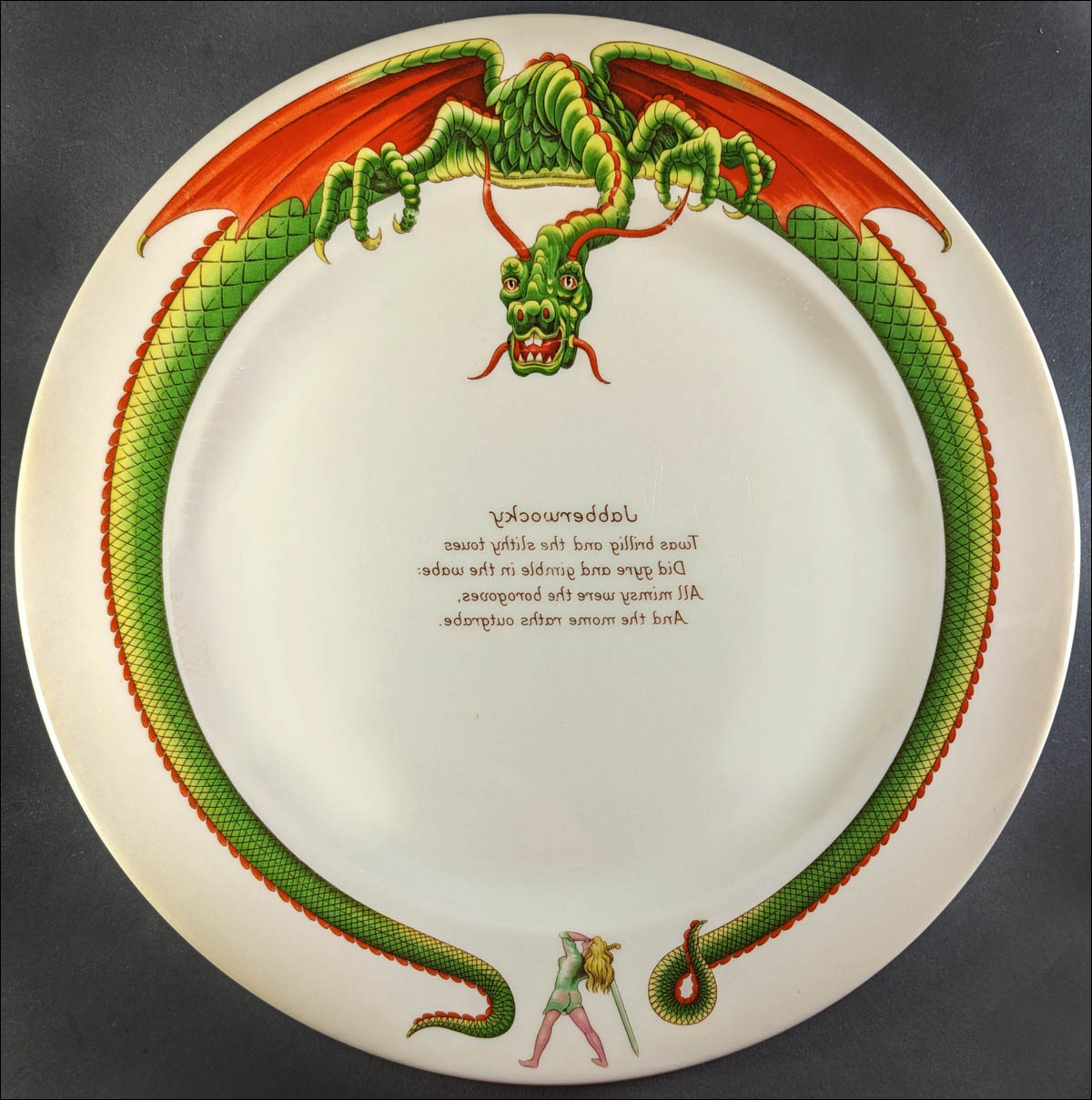 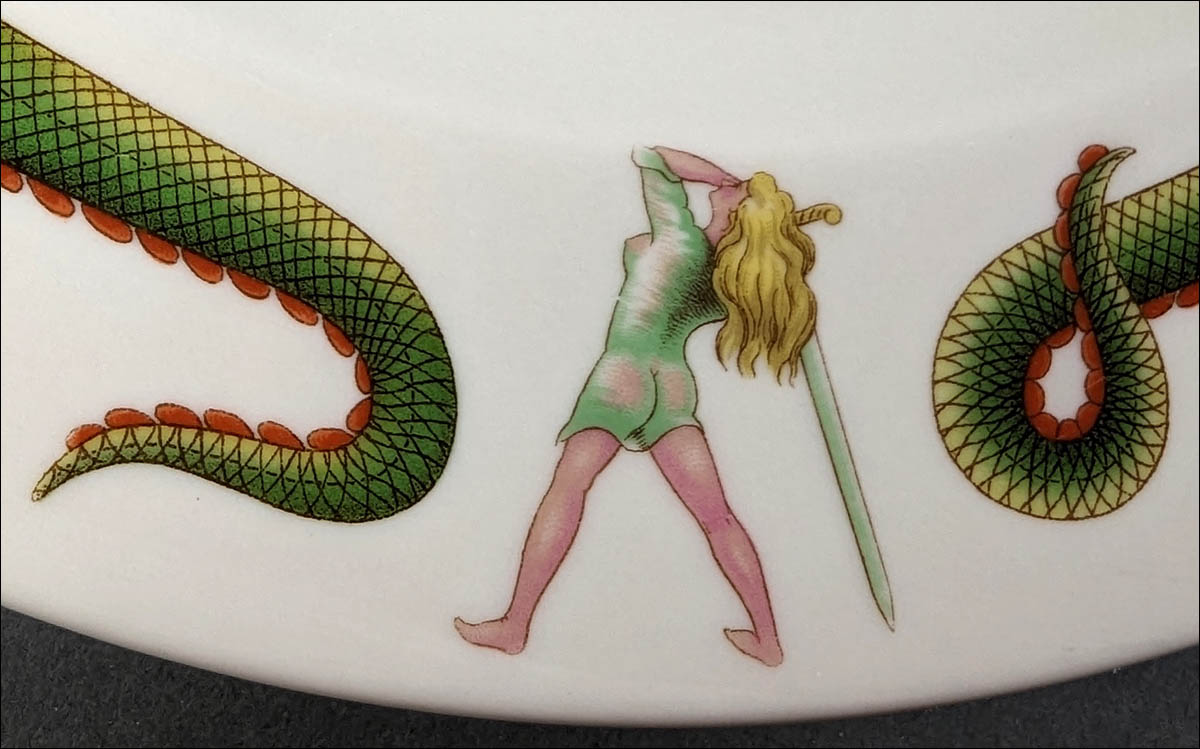 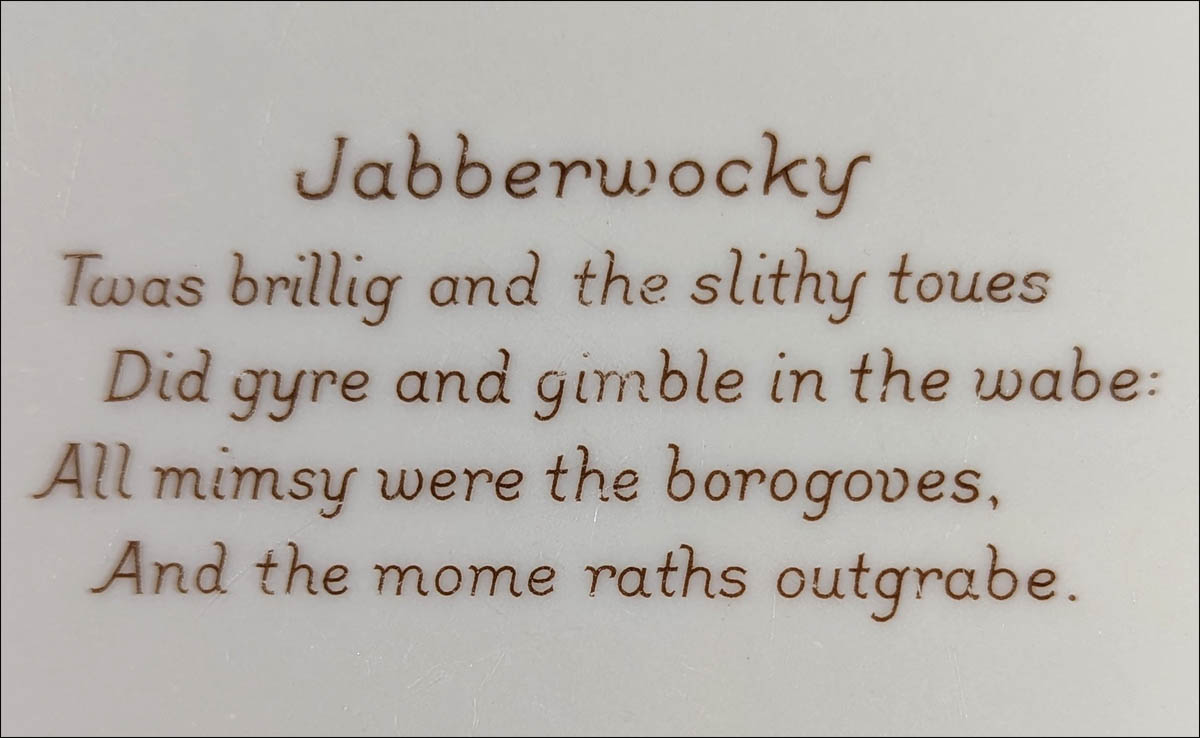 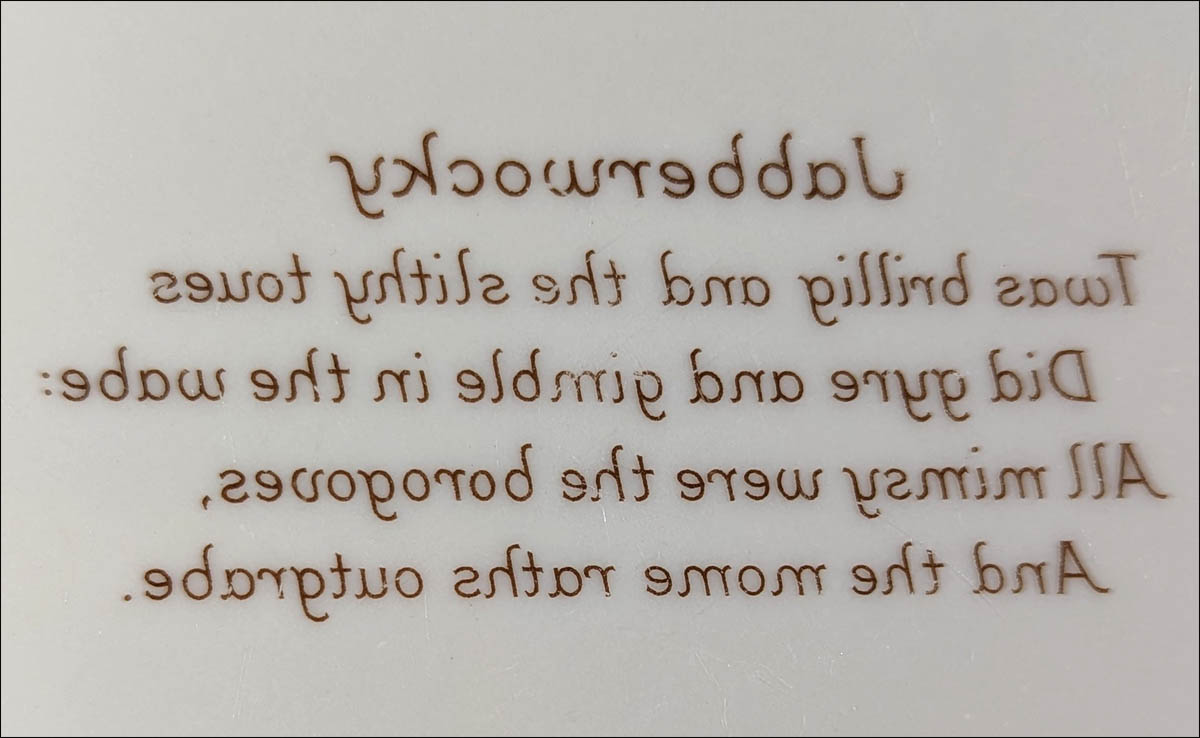 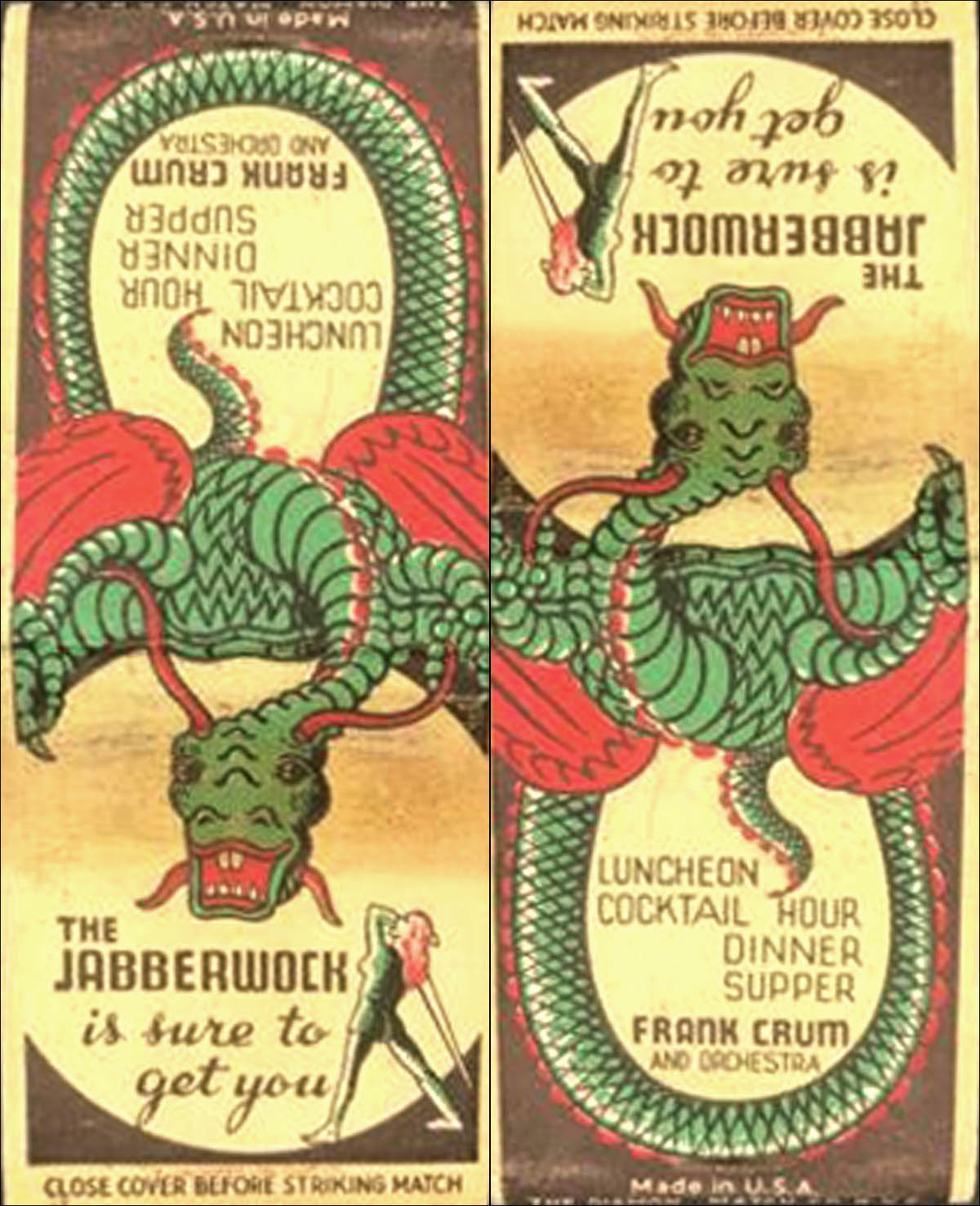 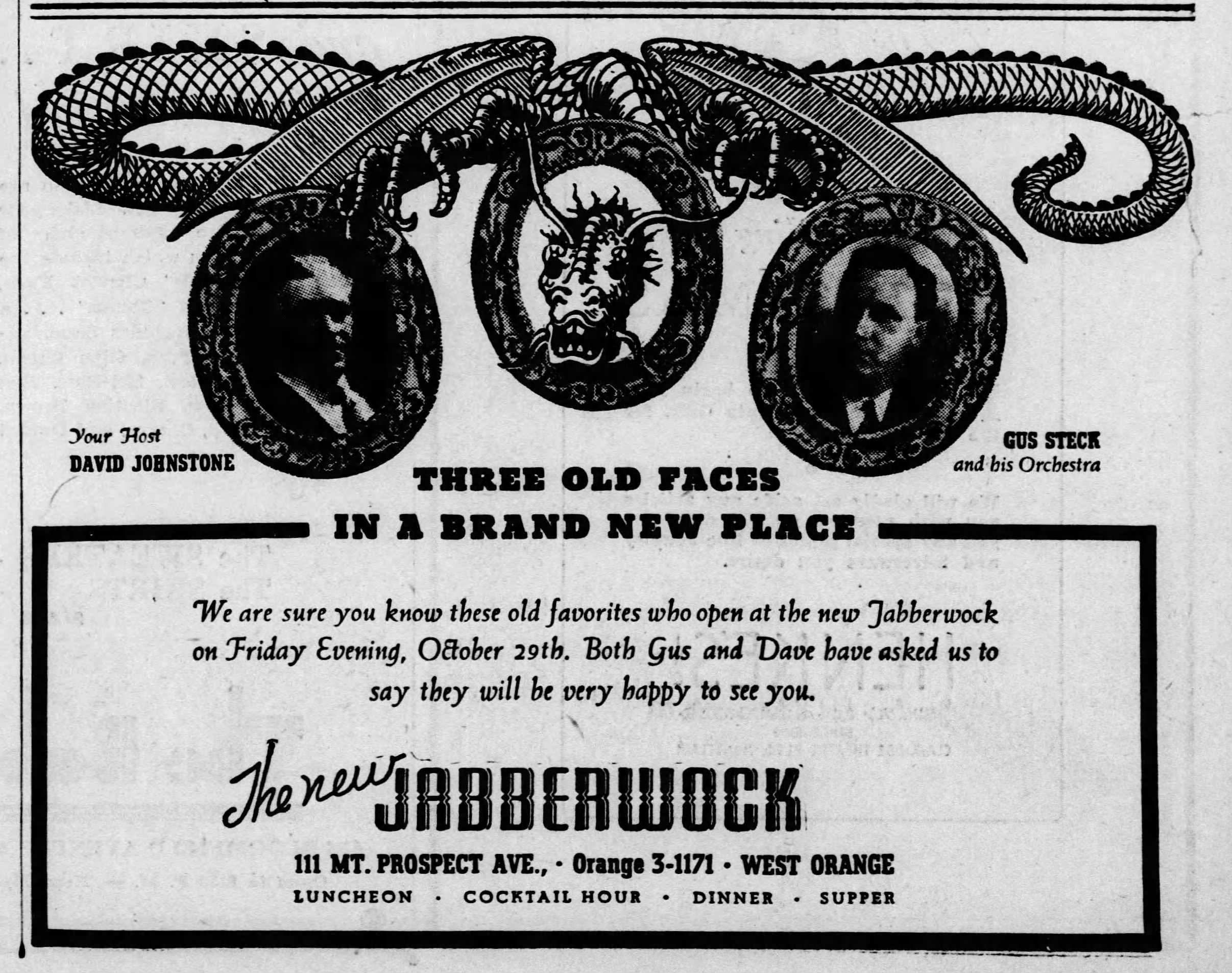 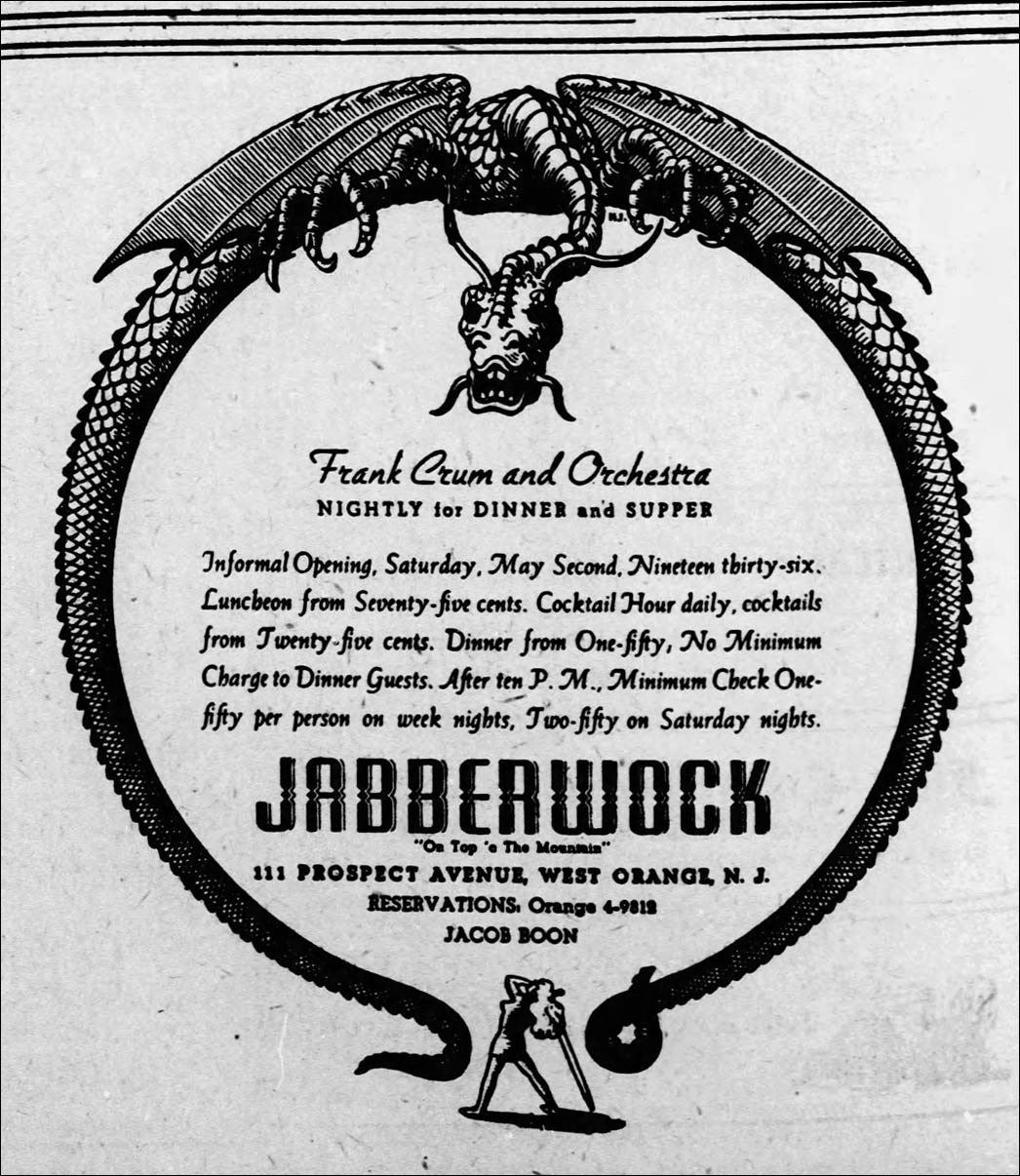 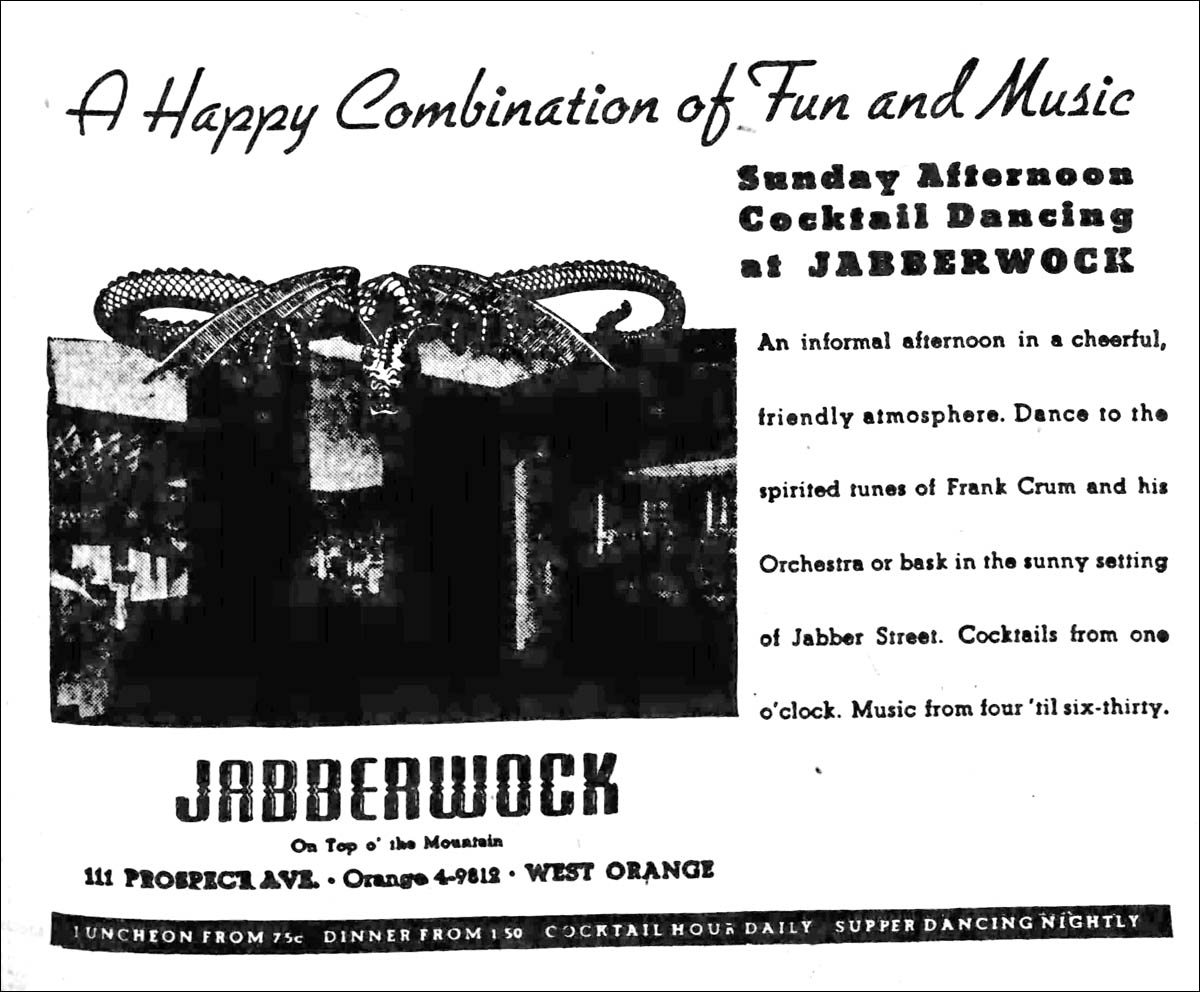 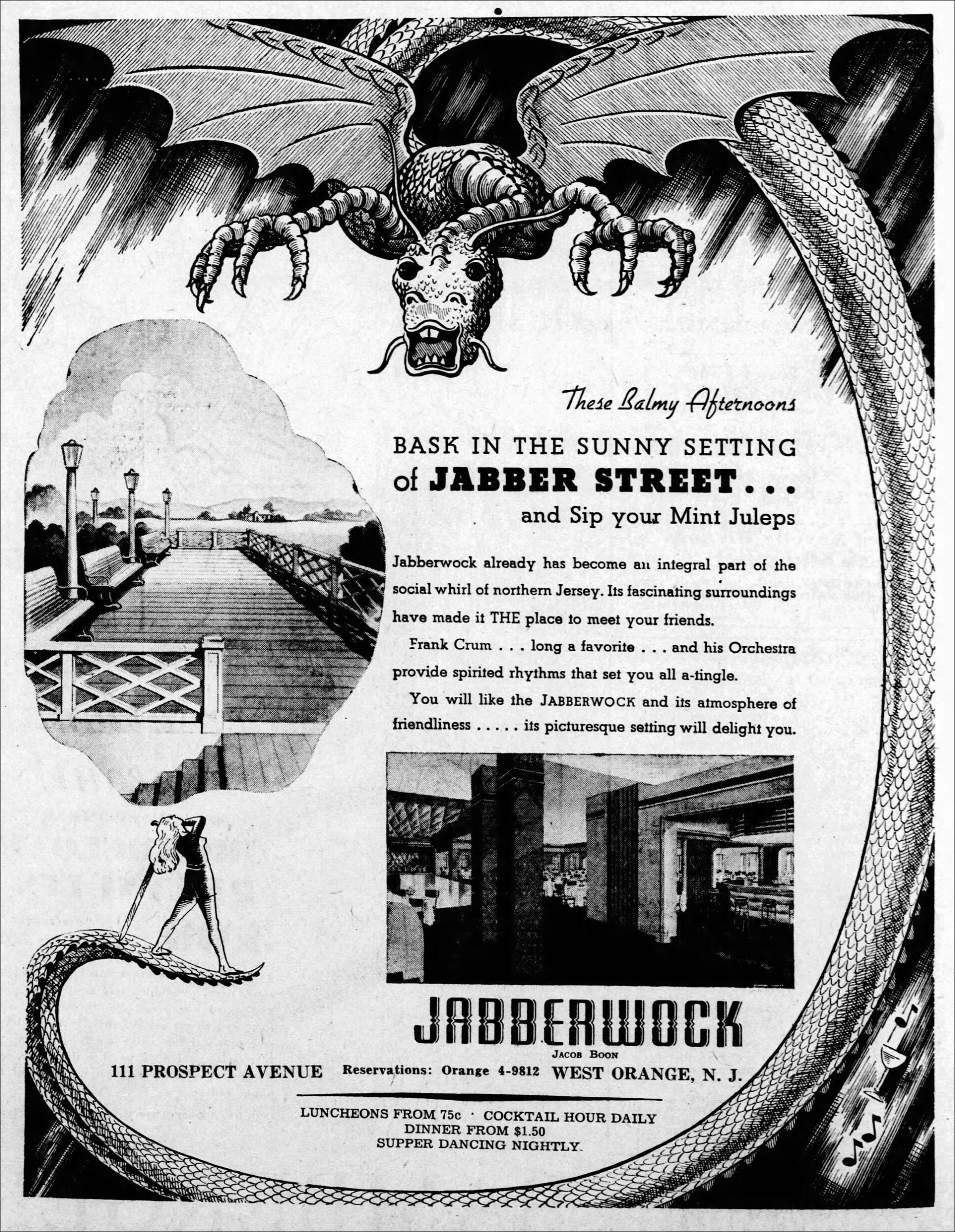 Notes: The Jabberwock was a fantastical, short-lived club offering music and dancing from lunch, cocktails, to dinner and supper at 111 Prospect Avenue in West Orange, N.J. It opened in May 1936 and was owned by Jacob Boon.

By mid-1937, David Johnstone was the "host" at the "new Jabberwock."  As noted by Esquire magazine in 1938, "The Jabberwock … has taken on a new lease of life. Dave Johnstone, who ran the Beverwyck last summer, is now host to the Jerseyites who never seem to stay at home."

At this point, things were going downhill for the club when Boon failed to pay for his liquor deliveries and the business became the Jabberwock Country Club, having made promises to pay for new liquor deliveries and to cover Boon's debt. However, the newly named club failed to pay Boon's debts and by May 1938, Frank Ford opened his Embassy Club in the Jabberwock's location, also offering "dancing and entertainment for luncheon, cocktails, dinner and supper."

From the Wikipedia: "Jabberwocky" is a nonsense poem written by Lewis Carroll about the killing of a creature named "the Jabberwock." It was included in his 1871 novel "Through the Looking-Glass," the sequel to "Alice's Adventures in Wonderland" (1865). The book tells of Alice's adventures within the back-to-front world of Looking-Glass world.

In an early scene in which she first encounters the chess piece characters White King and White Queen, Alice finds a book written in a seemingly unintelligible language. Realizing that she is traveling through an inverted world, she recognizes that the verses on the pages are written in mirror-writing. She holds a mirror to one of the poems and reads the reflected verse of "Jabberwocky." She finds the nonsense verse as puzzling as the odd land she has passed into, later revealed as a dreamscape.

"Jabberwocky" is considered one of the greatest nonsense poems written in English. Its playful, whimsical language has given English nonsense words and neologisms such as "galumphing" and "chortle."

Interestingly, somewhere between The Jabberwock's owner and Syracuse China, a spelling error was made in the poem, substituting "toues" for "toves" in the first line. Only the first stanza of the poem is presented on the plate.

The plate depicts the Jabberwock as a dragon with green scales and red wings who is not quite as fearsome or grotesque as the 1871 original wood engraving by Sir John Tenniel. As a curious departure, the Jabberwock slayer seems to be a young woman, as opposed to a "beamish boy."