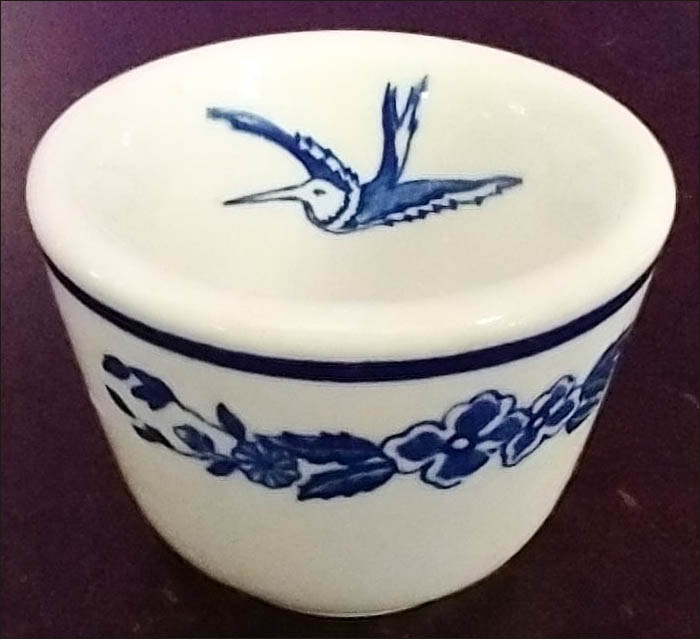 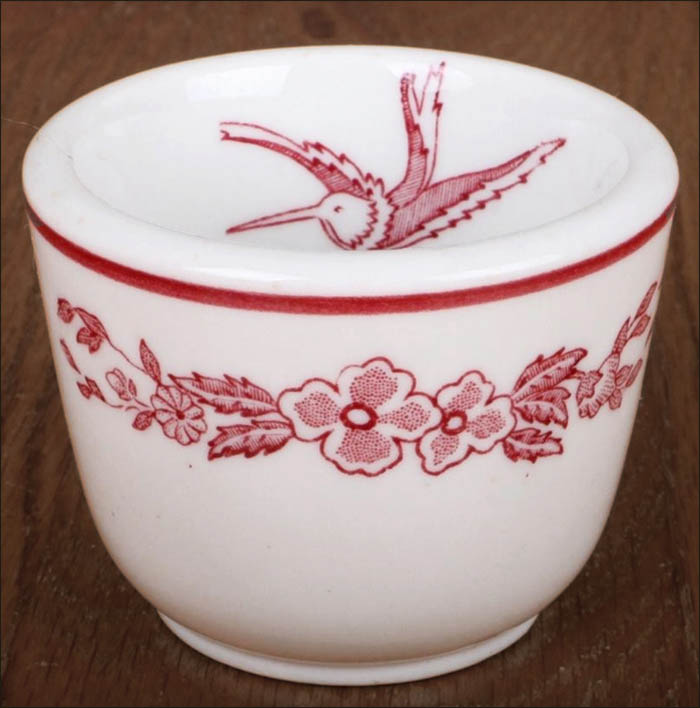 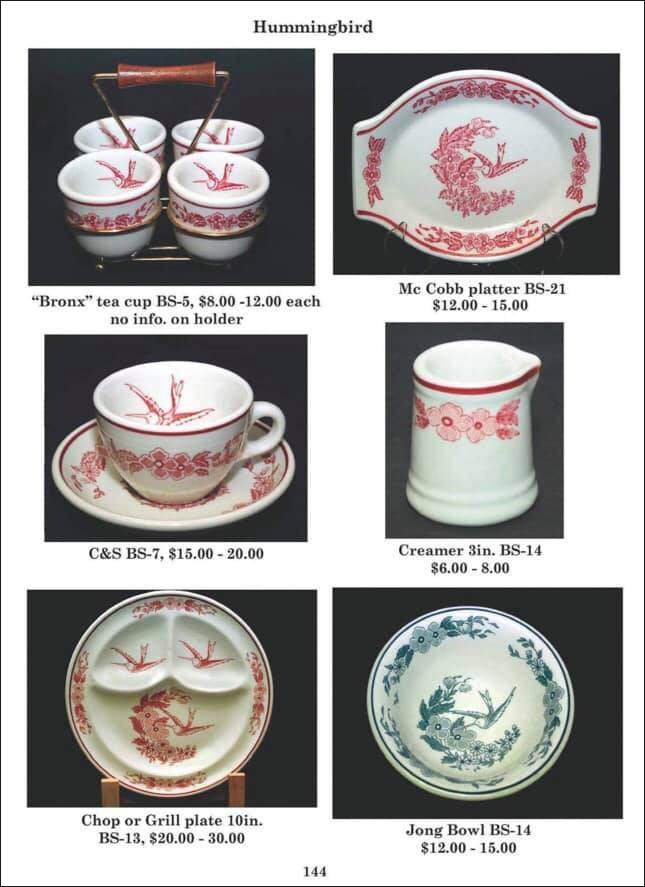 Notes: A Jackson China stock pattern commonly used by Asian restaurants, James Strano in his book, Jackson China, shows it in blue on white and red on white and says it was also produced in green on white. He refers to it as Hummingbird.

White body with a hummingbird and floral print design in the center well and floral design with same color line border around the rim.