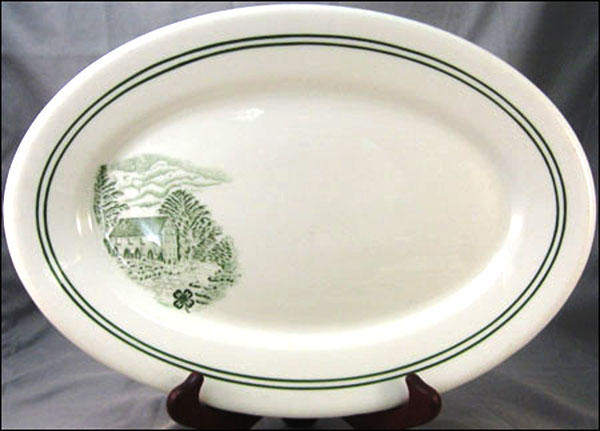 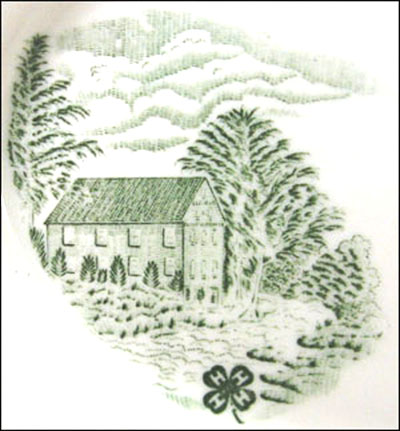 Young Thomas Jackson worked at the mill and on local farms until he was appointed to West Point in 1842. He later became an instructor at the Virginia Military Institute and a General in the Confederate Army during the Civil War, and is more commonly known today as "Stonewall" Jackson.

The original mill burnt down and was rebuilt in 1841, and it is that structure that is depicted on the platter.

Body color white, green mill building and trees with 4-H clover at the bottom of the design.