Manufacturer: Richard Ginori
User: Jason No. 1
Date of cup and saucer: circa 1980s 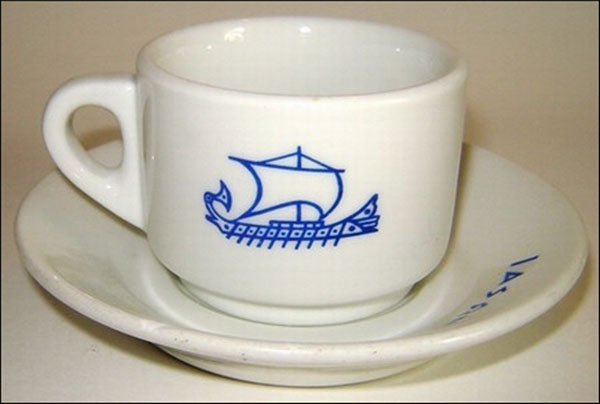 Notes: In operation since 1973, the Jason restaurant of Neochori, Rhodos is located near the Grand Hotel Rhodes at the eastern tip of the Greek Islands, bordering Turkey in the Mediterranean.

White body with blue overglaze decoration. Saucer has alternately placed name in stylized lettering, designed to appear as if in Greek, with a blue stylized Greek trireme. Cup has a stylized name on one side and trireme ship on the opposite.