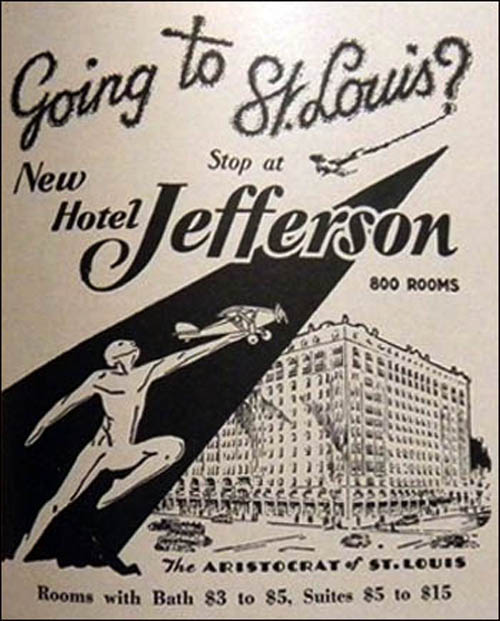 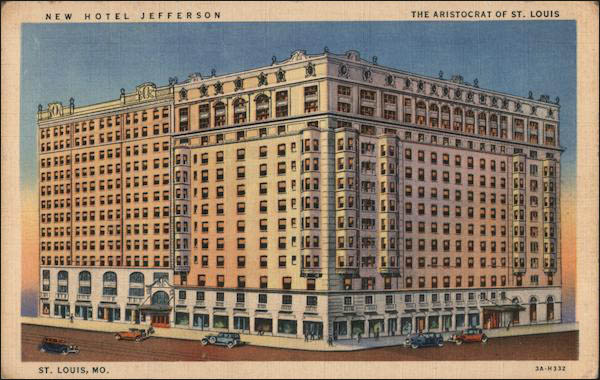 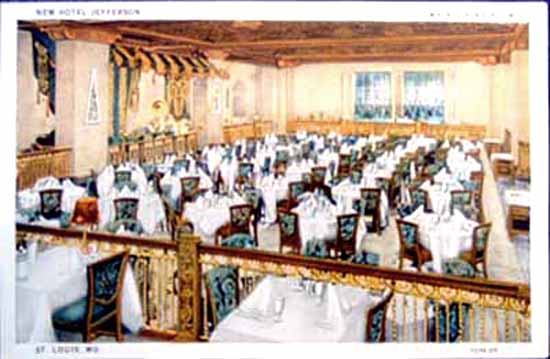 The hotel was named for Thomas Jefferson and designed in a Classical Revival style. The main dining room was 100 feet long, with walls painted white, and arch-topped windows.

After going through multiple changes in ownership and names, the hotel finally closed on July 23, 1975.

According to Wikipedia, "The hotel reopened in 1977, as a residence for the elderly called the Jefferson Arms Apartments. The building was added to the National Register of Historic Places on October 24, 2003. In 2006, developers cleared the building of residents, planning to convert it to condominiums; however, the project collapsed.

"The building was tied up in litigation for many years until it was finally sold to Alterra Worldwide in 2017 for $7 million. The new owners announced plans to convert the enormous building to a combination of 239 apartments, a 198-room AC by Marriott hotel, and 20,000 sq ft of retail. In February 2021, Alterra paid over $100,000 in back taxes owed on the property, clearing the way for $17.3 million in financing from the city of St. Louis. It was reported at that time that the renovation work would cost $104 million, and would begin in June 2022, with completion estimated for 2025."

Lamberton body plate with dark green thick and thin lines near the outer edge of the border with another thin dark green line at the verge.  At the top of the plate, under the two outer lines, but slightly overlapping the verge line is the hotel's logo which consists of an interlocking "JH" monogram with lots of little scroll details in shades of gray and green.