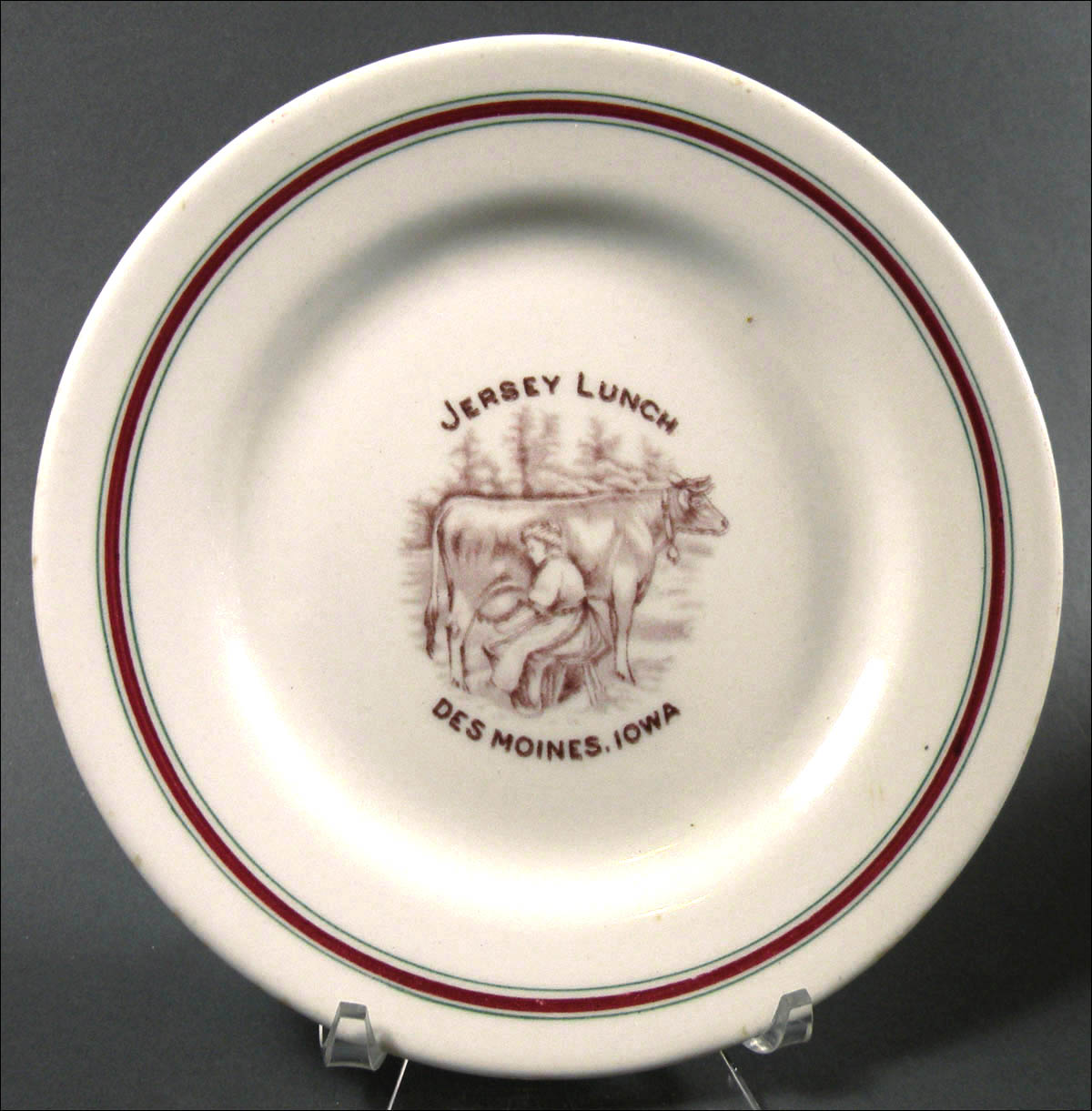 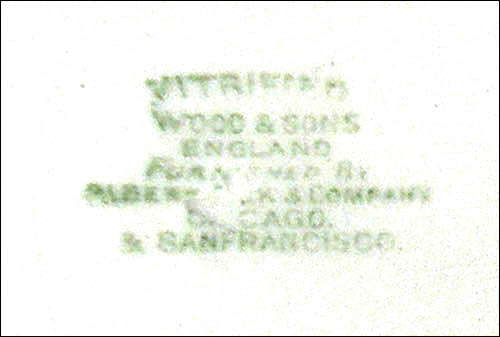 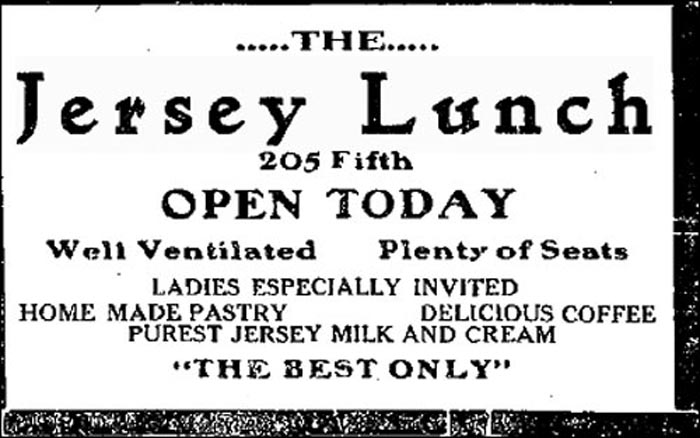 Notes: Based on an ad (shown above) in the Aug. 23, 1907, Des Moines Daily News, it appears that Jersey Lunch, located at 205 5h St., opened on that day. Occasional ads were found in the paper through 1922, and mentions of the restaurant were found in 1918 and 1920 copies of the Des Moines City Directory.

The plate has a burgundy red band surrounded by dark green lines on the border. In the middle is a mauve or dull pink image of a Jersey cow during milking and above and below the decal the words: Jersey Lunch – Des Moines, Iowa.