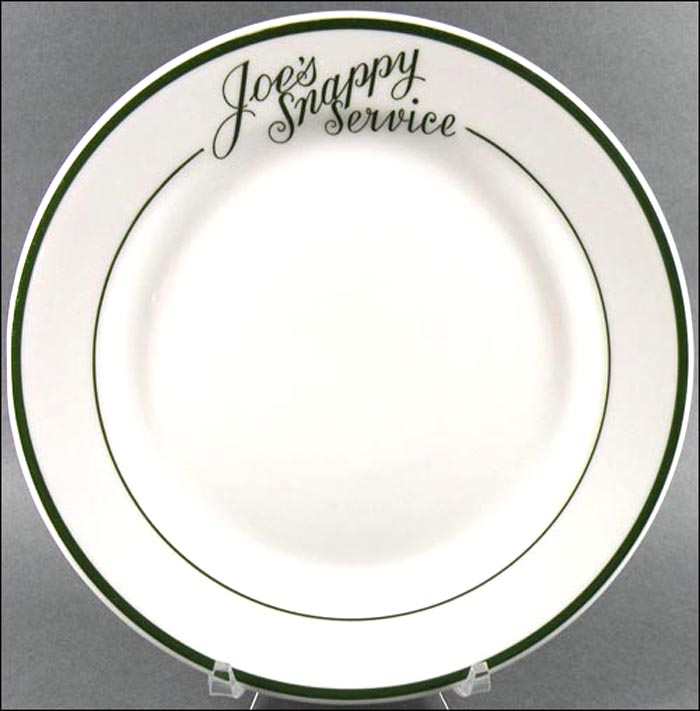 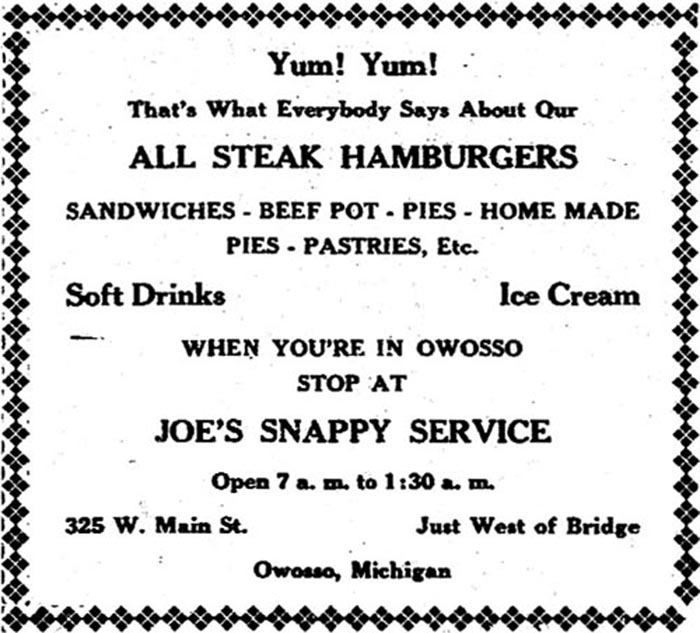 Notes: Joe's Snappy Service – or Snappy's Joe's, as it was apparently nicknamed by locals – was a mid-century restaurant chain in Michigan. An article published by the Ypsilanti Historical Society indicates that the Ypsilanti location opened in 1932 and closed in the early 1970s:

""Fast Food'" arrived early in Ypsilanti. Familiarly known as Snappy Joe's, this short order eatery opened its doors in 1932 on Pearl Street next door to the Weidman Ford Dealership. By 1954 it had relocated to 109 1/2 West Michigan, where it was housed in a narrow building (e.g. half a storefront). The interior contained a long counter with stools and a kitchen behind. Popular with the downtown lunch time crowd, the menu consisted primarily of hamburgers, hot dogs, and soup. Often there would be a bean dish, such as chili, prepared ahead of time. Maxe Obermeyer recalls a line outside waiting for a stool to open up. Joe's Snappy Service would continue on Michigan Avenue until the early seventies."

At least three other locations were in Jackson, Ann Arbor and Owosso.