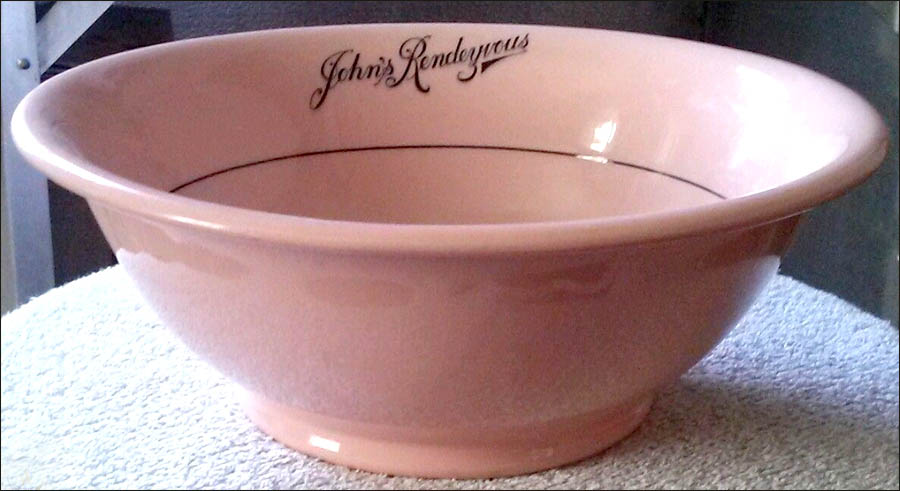 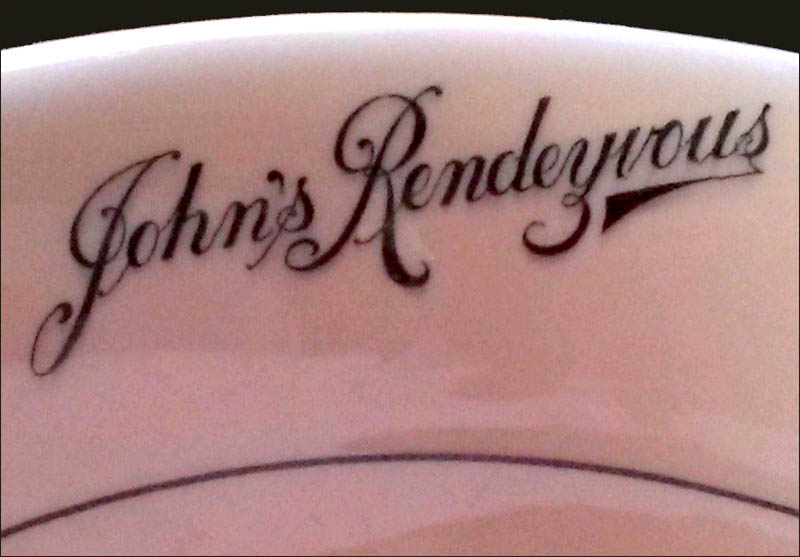 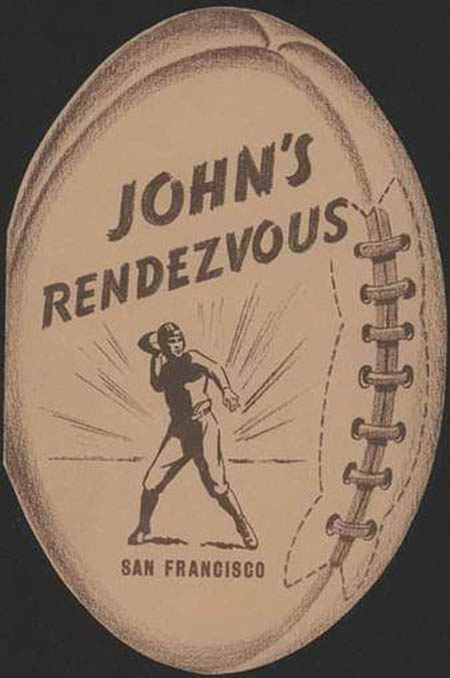 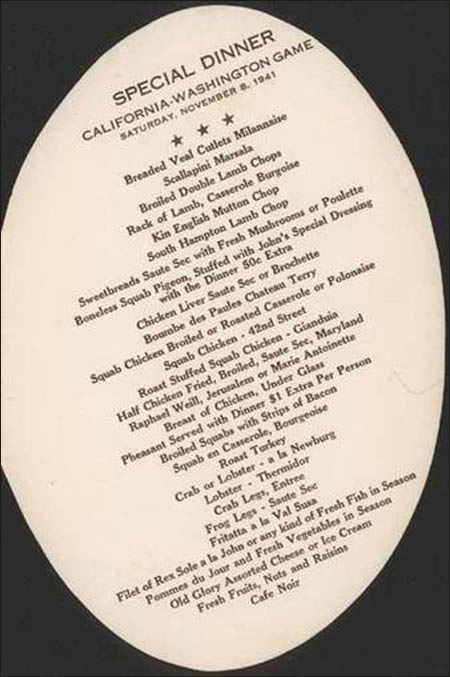 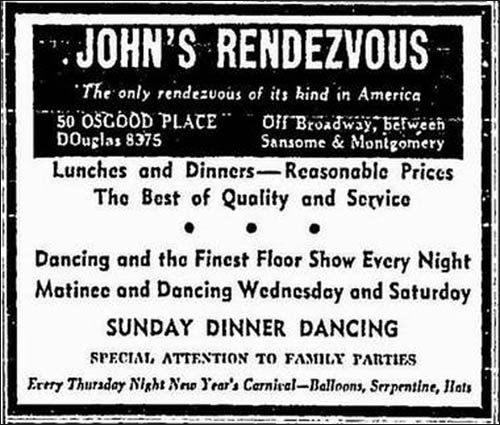 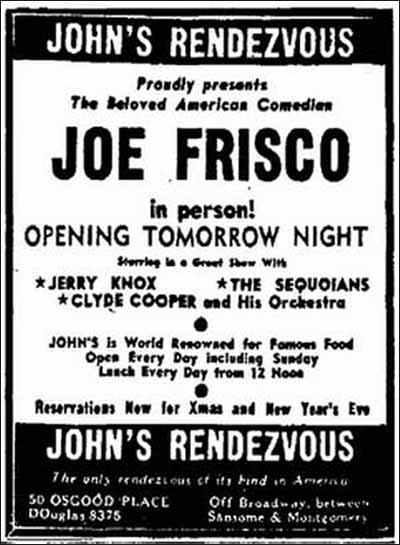 Notes: John's Rendezvous, "Club Restaurant de Luxe," located at 50 Osgood Place was a well-known Italian restaurant in San Francisco's North Beach from circa 1930 to circa 1954. It was owned by John Sobrato, who immigrated from Italy when he was 16.

A reference was found to one of its cocktails, The Pink Nightie, which would tie in nicely with the china color. From Sobrato's obituary: "Famed for fine foods, the place drew thousands of patrons, including film figures and industrial greats."