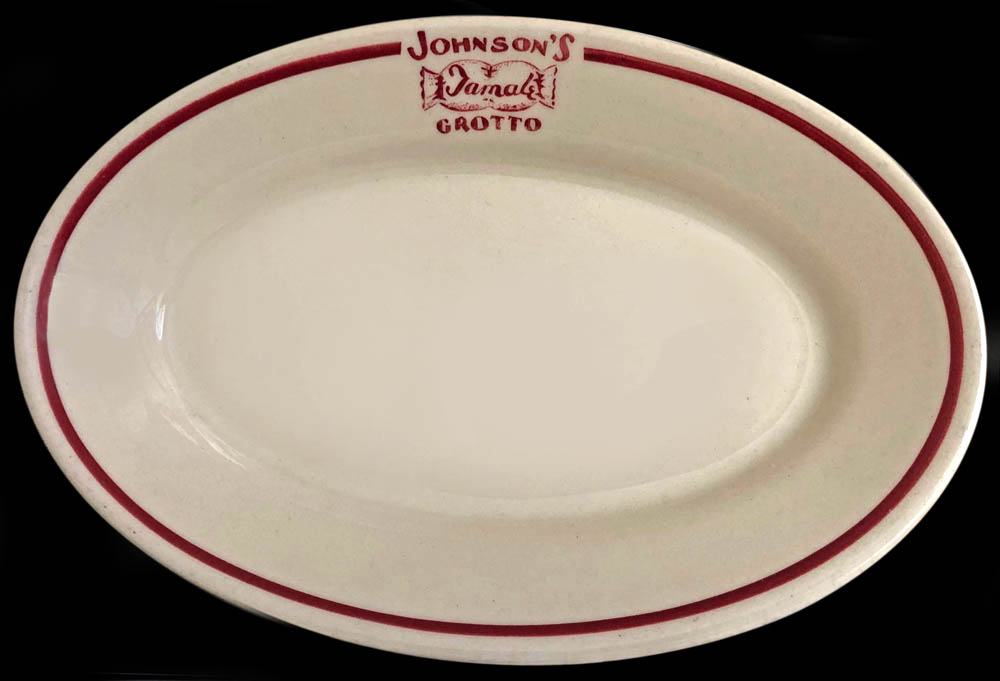 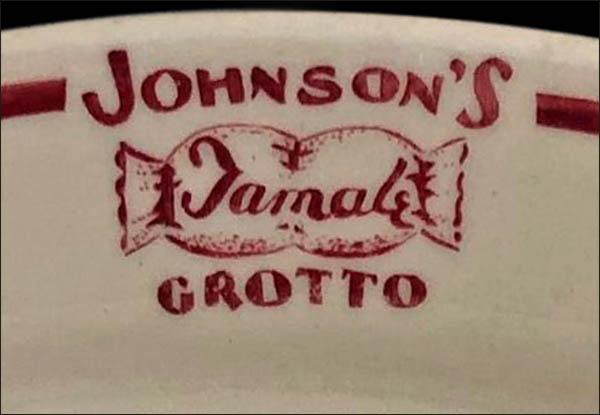 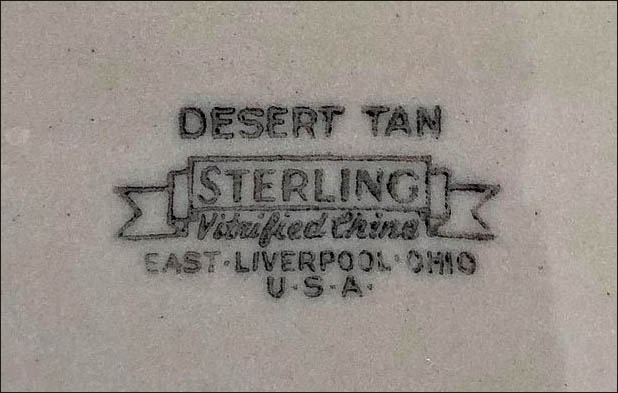 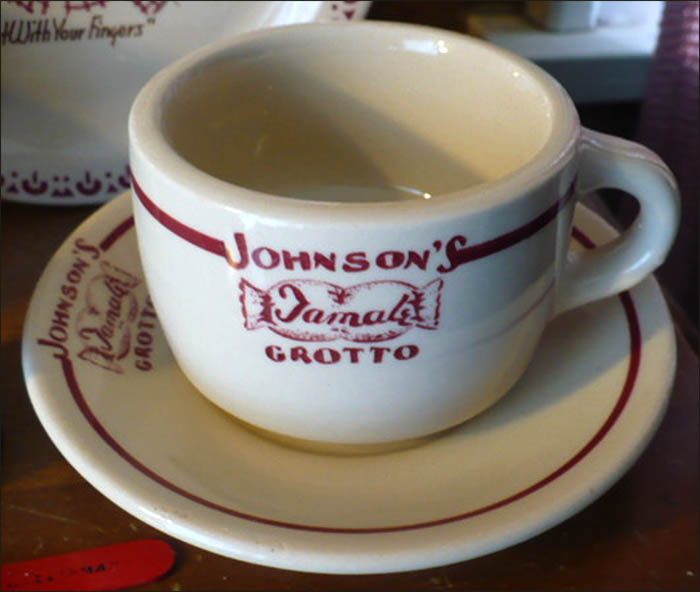 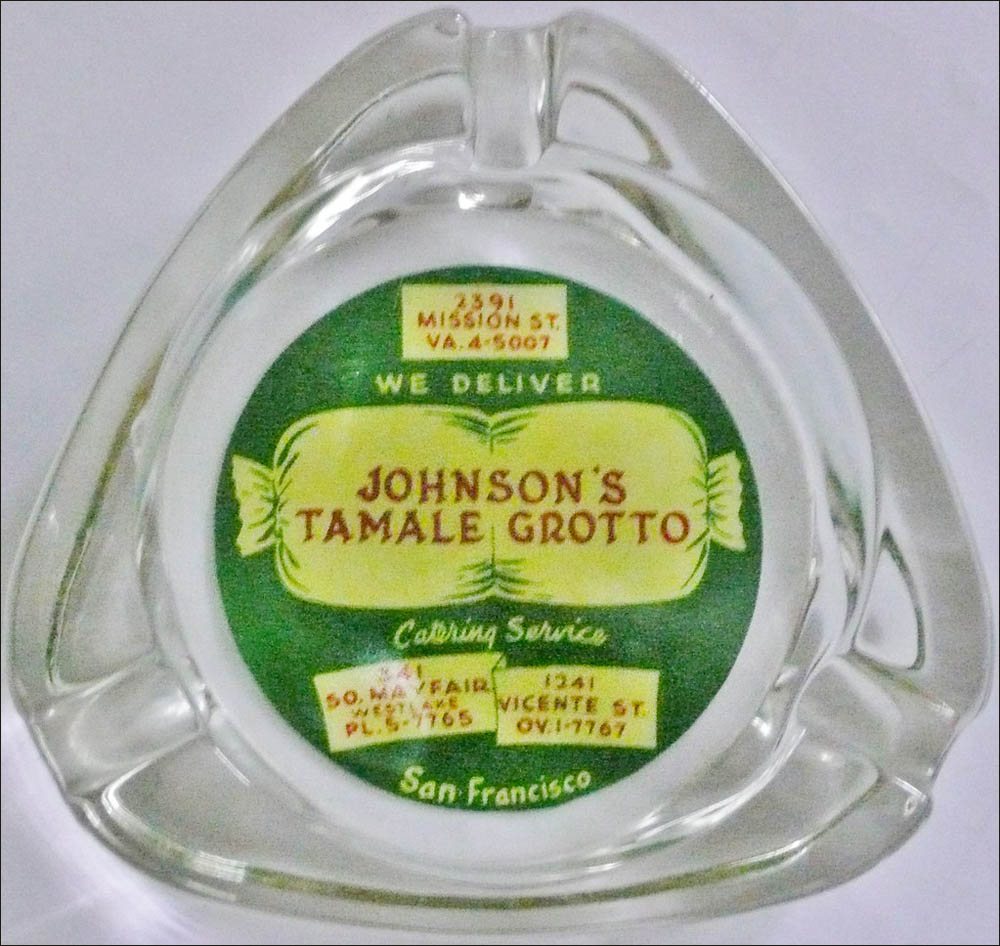 Notes: Johnson's Tamale Grotto was a family run business that started in 1906, in Sacramento, California. Later on it relocated to San Francisco and eventually had at least three locations there: 2391 Mission Street – 341 South Mayfair (West Lake) – 1241 Vicente Street. The business was sold sometime in the late Sixties or early Seventies.

The location at 2391 Mission Street continued on as the Mission Villa Restaurant at least until the late 1990s. In a SFgate.com article by Saida Benguerel in December 1997, she states the following: "Since 1906, Mission Villa has been serving up the staples of family-style Mexican food: tamales, enchiladas, tostadas, refried beans and rice. Started by the Johnson family as Johnson's Tamale Grotto, where you could get complete tamale meals for 35 cents, Mission Villa survived the Great Earthquake and the subsequent fire."

In a thread from the OutsideLands.org Western Neighborhoods Project in November 2004, Ken Englund posted the following: "The Parkside district was home to one of the "Johnson's Tamale Grotto" restaurants. Located on Vicente street, this take-out only kitchen sold the best enchiladas and tamales ever! The windows were always steamed-up and I don't think more than two people ever staffed the place at one time.

"They would wrap your food in newspapers to keep it hot until you got it home. Then you would have to use scissors or a knife to cut the string away and then unfold the newspapers. It was a spiritual moment as the string gave up its treasure. Anyway … the food was great!"

Sterling's Desert Tan body platter with a thick red band around the edge of the border. The band is broken at the top of platter by insertion of the word "Johnson's" with a drawing of a tamale underneath. The word "Tamale" is contained with the drawing and under it is the word "Grotto." All of these elements are in the same red as the border band.