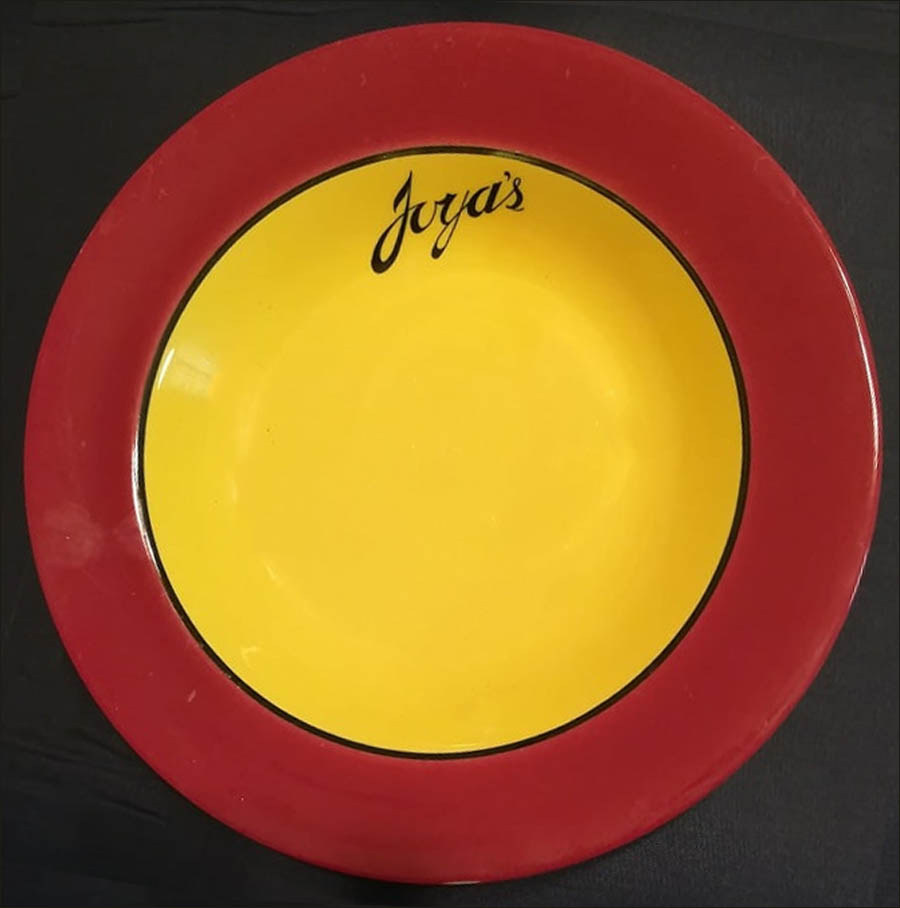 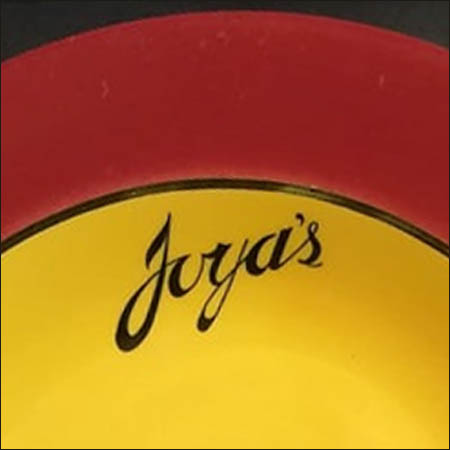 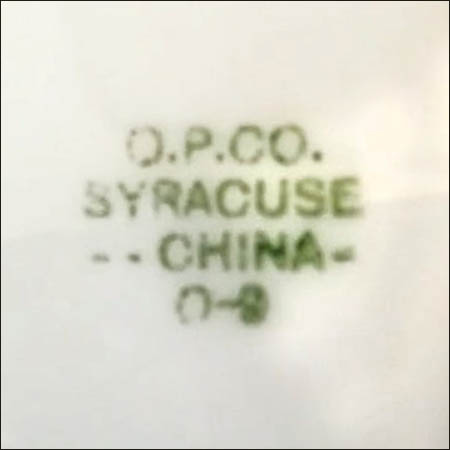 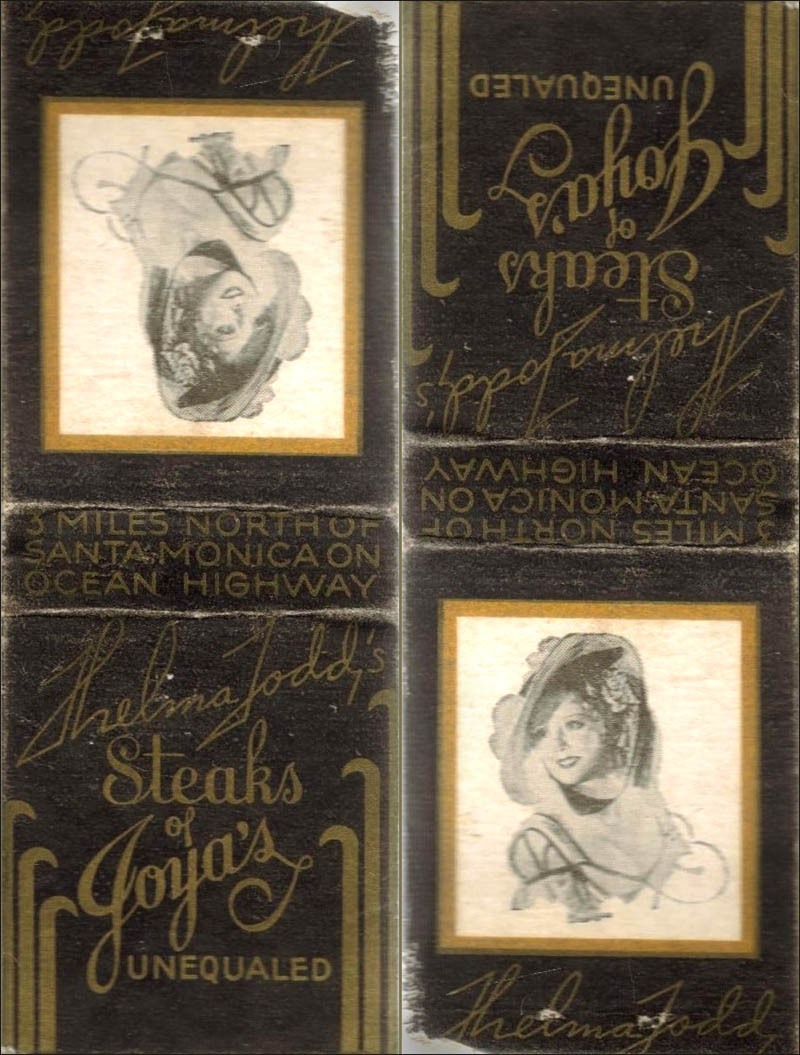 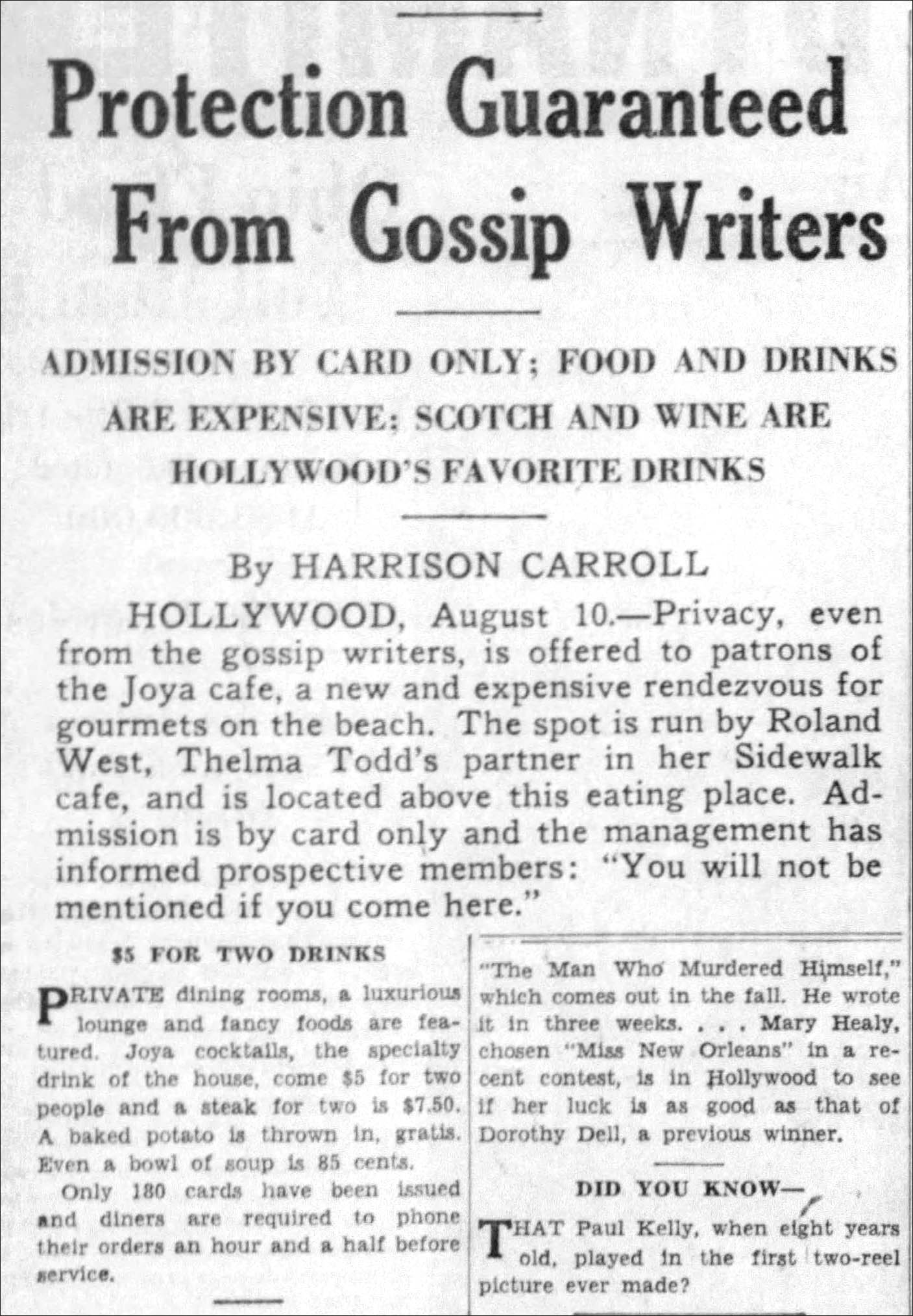 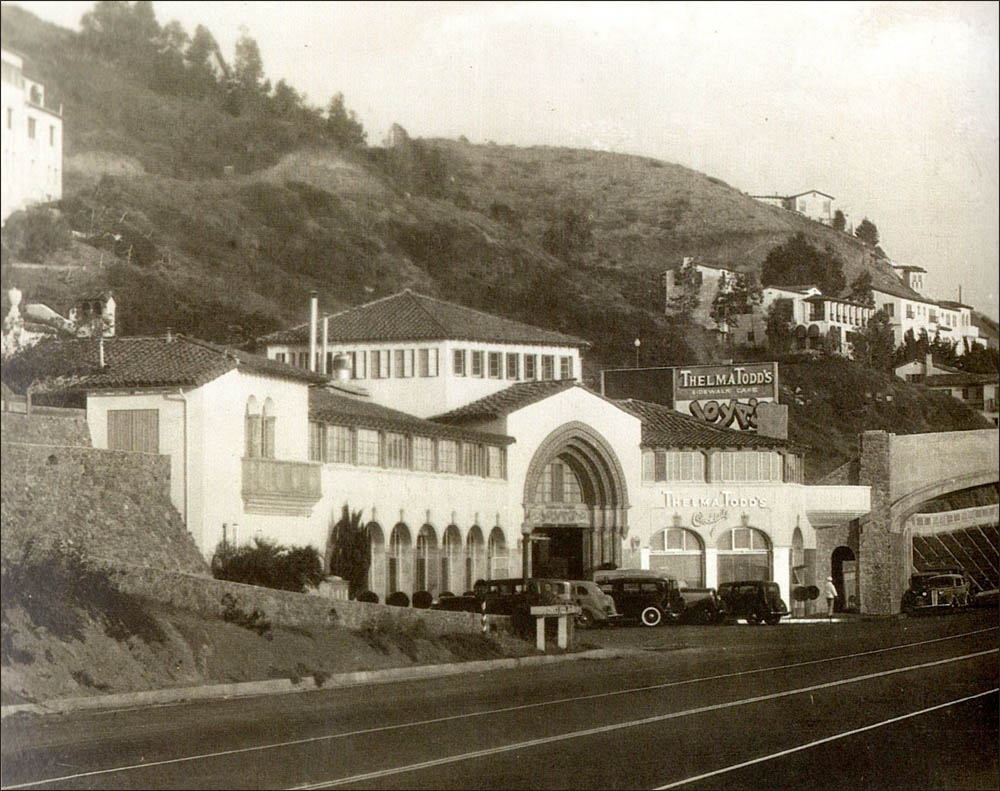 Notes: This soup plate came from Joya's, located at 17575 Pacific Coast Highway in Pacific Palisades, California. This was the movie star Thelma Todd's exclusive, members-only private club that was located above her Sidewalk Café.

Thelma Todd was a beautiful and beloved star of silent movies and talkies from the mid-1920s through the mid-1930s. She met an unfortunate and untimely death in December 1935 at the tender age of 29, and the cause was never fully figured out. Was she murdered by her lover, Roland West? Or by a gangster? Or did she pass out from intoxication and die of carbon monoxide poisoning because West had locked her out of the house? We will likely never know.

It has been written that director/producer Roland West, Todd's lover and business partner, wanted to have an underground gambling operation inside the club but Thelma flatly refused. Shortly thereafter, her lifeless body (wearing a mink coat) was discovered in the driver's seat of her Phaeton inside West's garage. More information about Todd is available on her Wikipedia page.

West continued to run the restaurant and club for a couple of years after Todd died, capitalizing on her name. Eventually he changed the name to Chez Roland, but it did not last much longer than the mid-1950s and was never the same. The magic was gone.

The building still stands and has changed hands many times since. Joya means "jewel" in Spanish. The private, exclusive club was named Joya's after Roland West's then estranged wife, the actress Jewel Carmen (she was the silent partner in the business).

The design is bright yellow in the well with a deep crimson red border and black line on the verge. Joya's in a stylized black italic font is placed at an angle near the verge against the yellow.