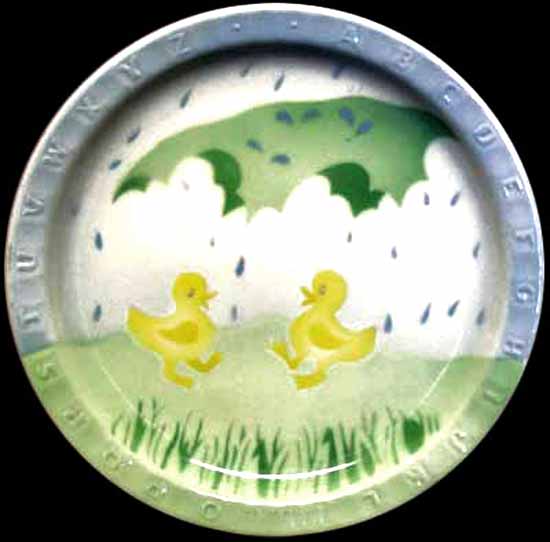 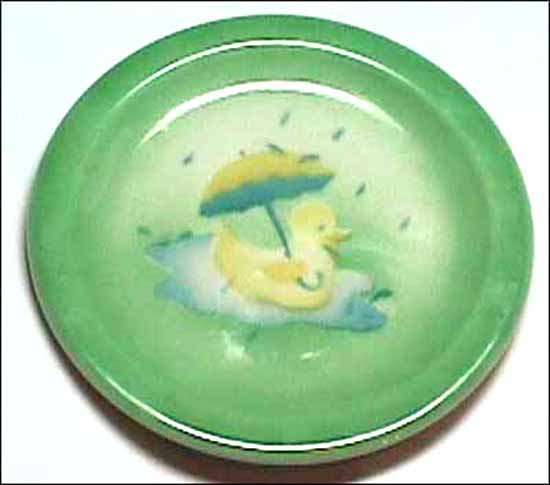 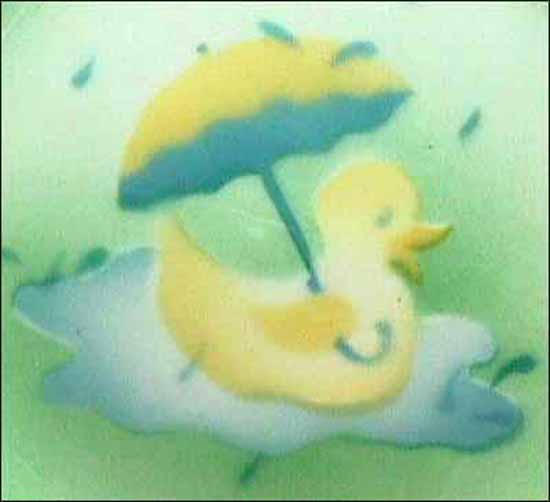 Notes: This pattern was typically found on the following Syracuse Juvenile Plate (with embossed alphabet rim), the Juvenile Bowl and the Juvenile Mug.

One version shows two ducklings taking refuge under a leaf during a rain storm, and another version shows a yellow duck or duckling with a yellow and blue umbrella tucked underneath its wing, swimming in a rainy puddle. The plate's background is green.