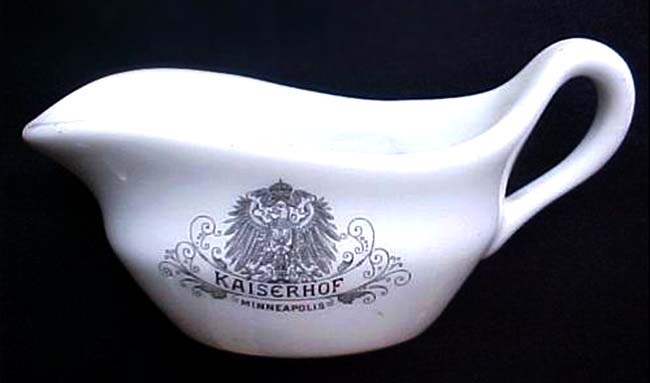 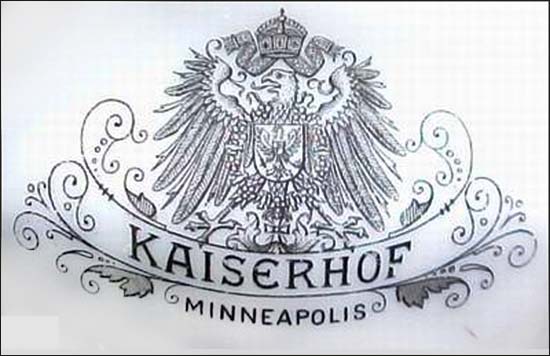 Notes: This small sauce boat was used at the Kaiserhof Restaurant located at 242-244 Nicollet Avenue in Minneapolis, Minn.

According to the book, Minnesota Eats Out: An Illustrated History, by Kathryn Koutsky, Linda Koutsky and Eleanor Ostman, the grand restaurant opened circa 1900. The building facade and interior were designed in the American Beaux-Arts style, with a "Renaissance-style coffered ceiling, molded plaster details with garlands of flowers, and grand windows [that] were reminiscent of a French chateau or an Italian palazzo."

By 1915, the Kaiserhof site at 244 Nicollet Avenue had been taken over by dry-goods business merchant Jacob Deutsch.

White body, topmarked by a gray-black crowned, spread-winged eagle with a shield-shaped body, above an ornate banner with the word "Kaiserhof" and the word "Minneapolis" beneath.