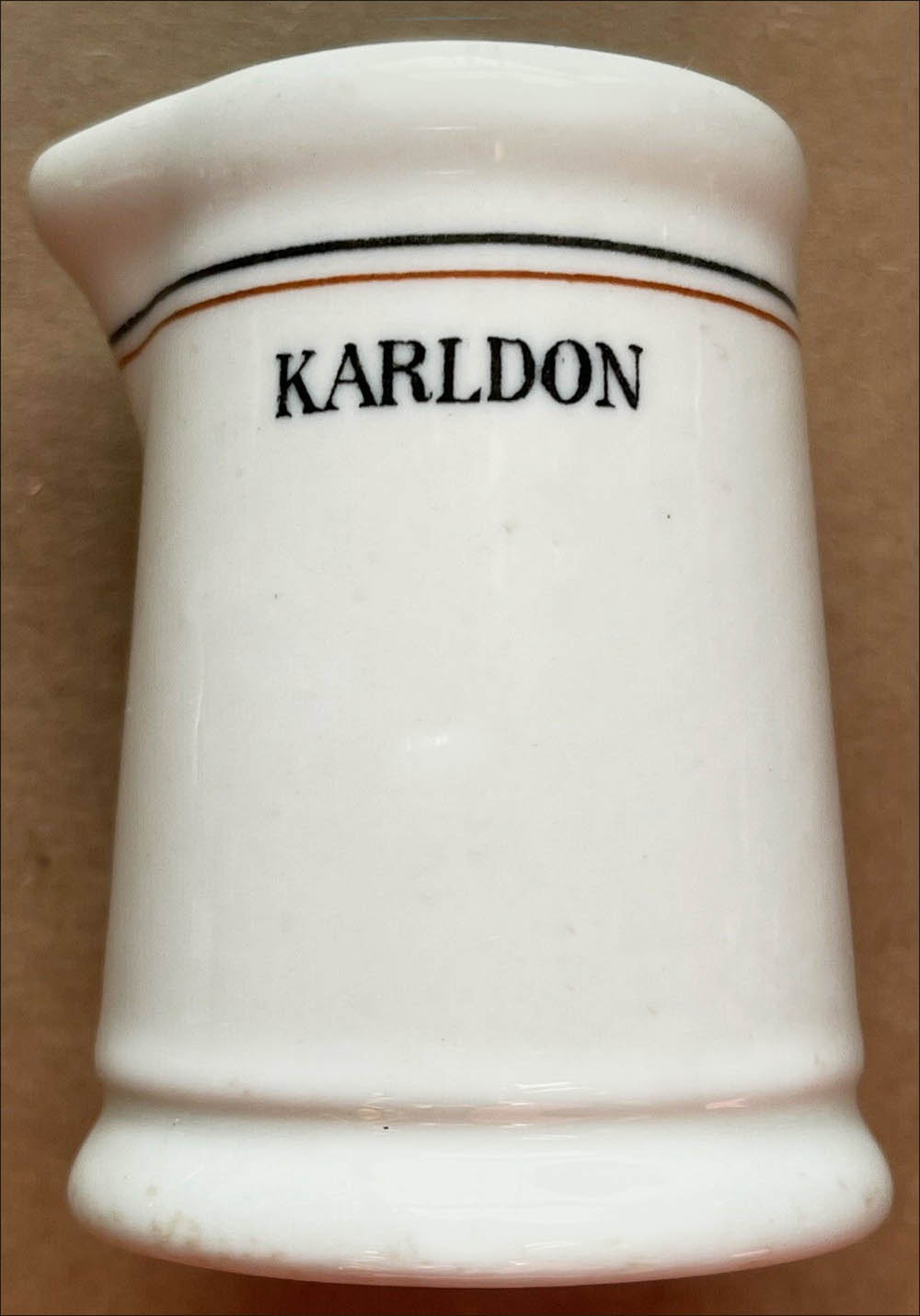 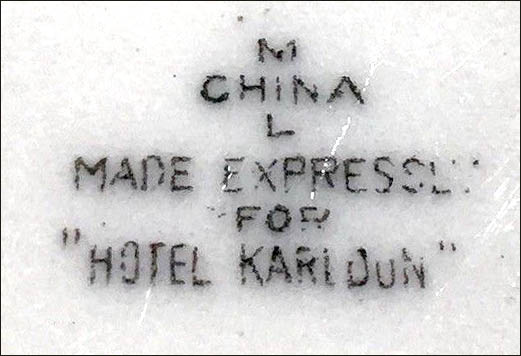 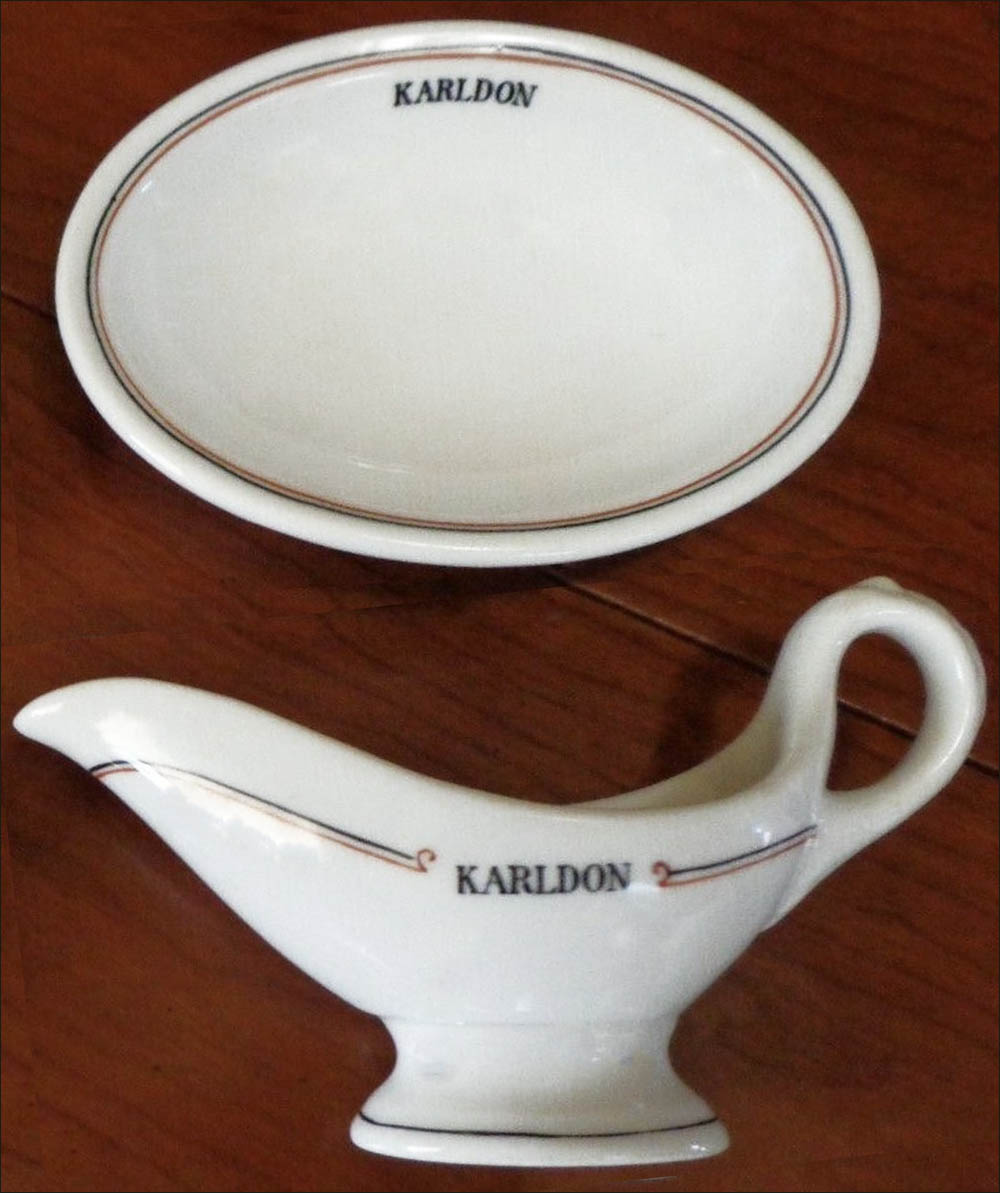 Shard from the Hotel Karldon 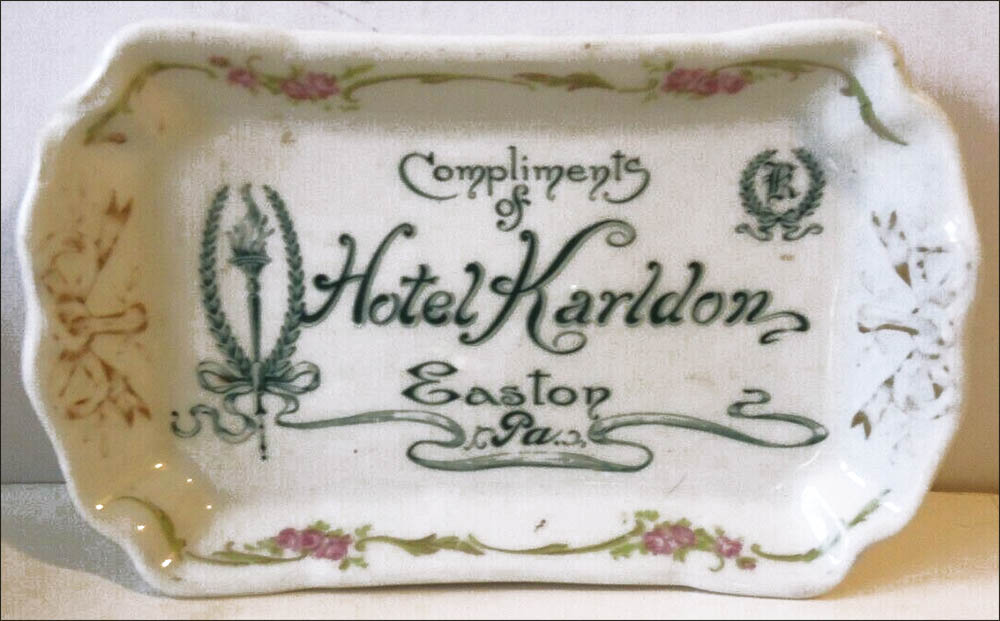 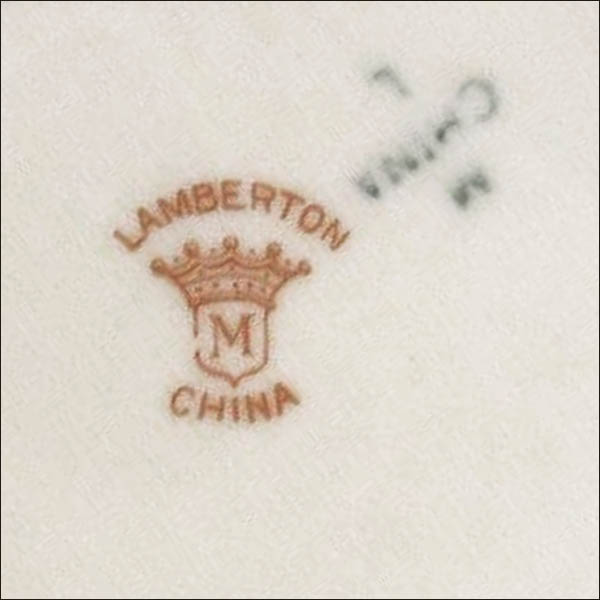 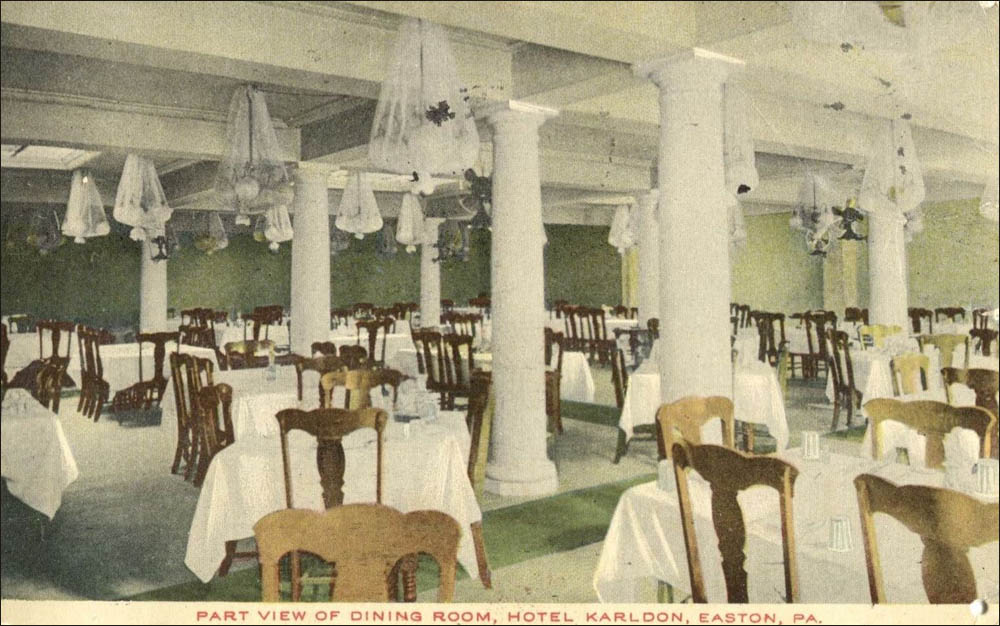 Dining Room at the Hotel Karldon 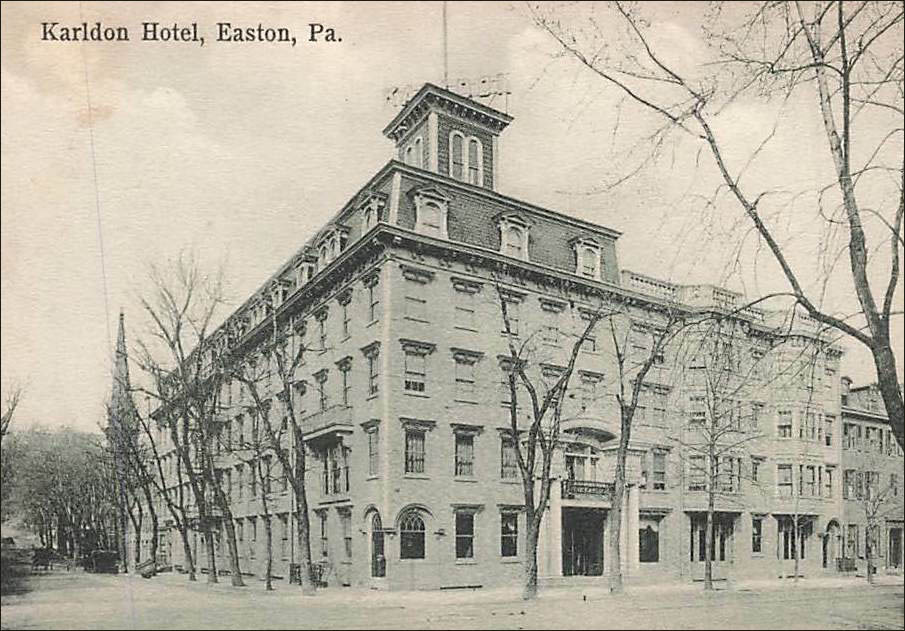 The Lamberton china service that Maddock produced for the hotel is crested "KARLDON" in black, upper case, serif letters. Black and red orange pin lines flank the crest on some pieces and are placed above it on others. In 1998, Hunter Research found fragments of this pattern in Maddock's dump site #3, that was used from 1906 to 1912.

Favors that banquet guests could take home after the meal were popular in the early 20th century. The Hotel Karldon had pin trays that they used as banquet favors. The cost was probably built into what the banquet-giver was charged, so it was free advertising for the hotel.