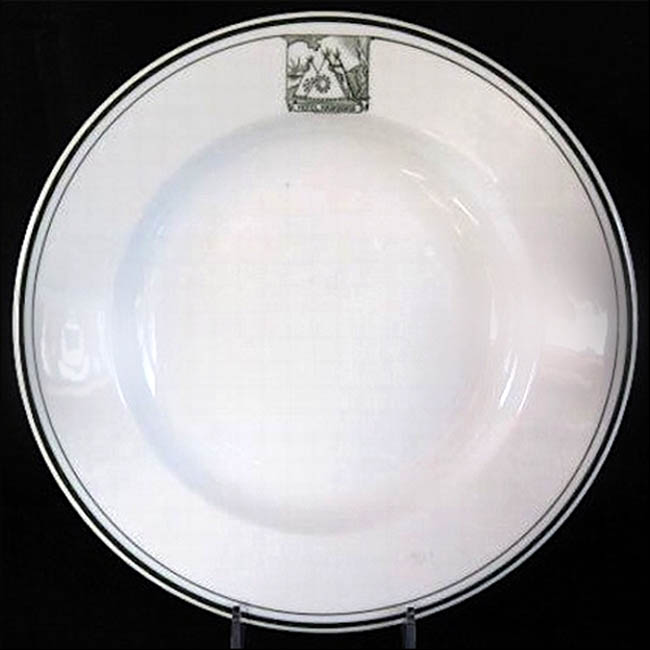 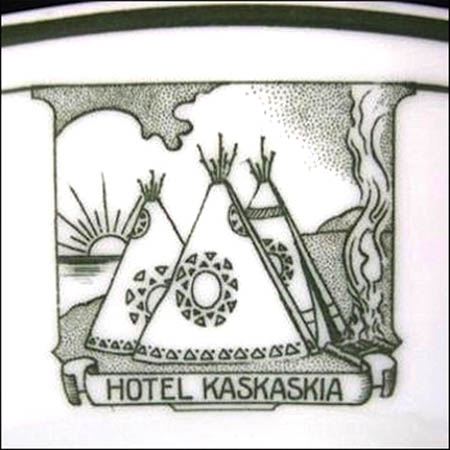 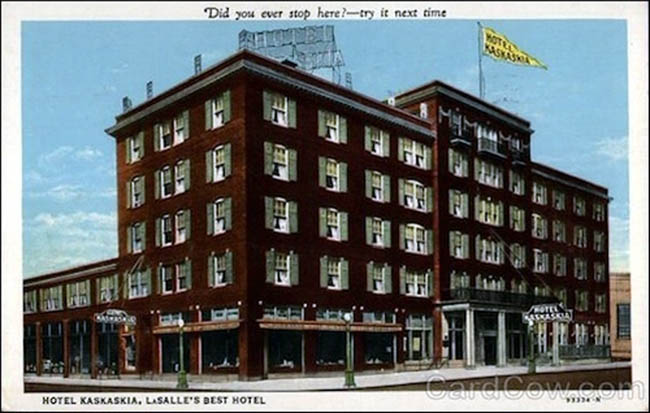 Notes: The Kaskaskia Hotel is located at 217 Marquette Street in LaSalle, Illinois. The hotel was designed by Marshall & Fox, the same firm that designed Chicago's Blackstone and Drake hotels. Construction of the six-story, 107-room structure began in 1914 and the hotel opened in September of 1915. A 250-seat convention hall was added in 1923.

For decades The Kaskaskia was considered the center of LaSalle. It was posted to the National Register of Historic Places November 3, 1988 and closed in June 2001.

White body soup bowl. All decoration is green. Band and line on rim broken by logo of sky, sun, teepees, and a fire with Hotel Kaskaskia below. Backstamped Bavarian Hotel China – possibly an Albert Pick tradename?