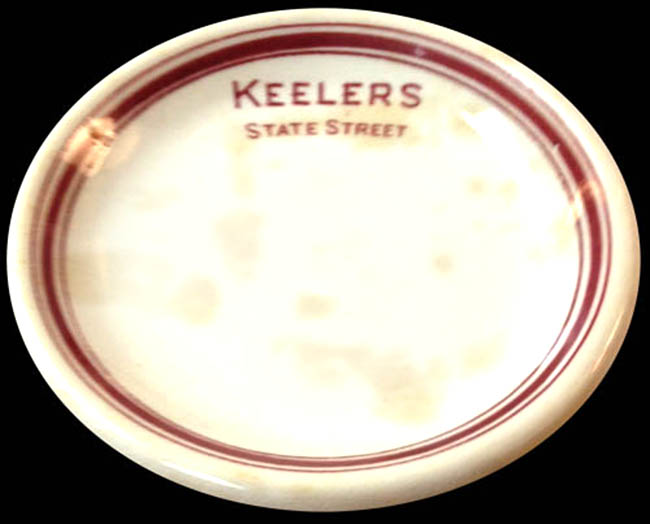 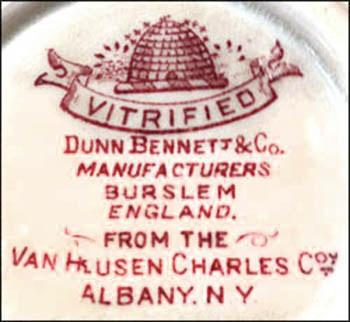 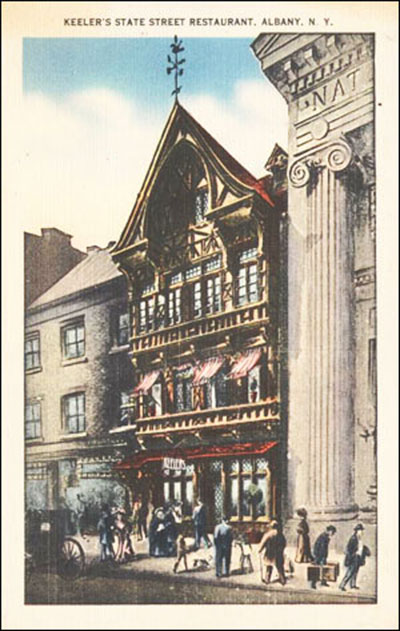 Notes: Established in 1865, Keeler's Hotel and Restaurant was located on Broadway at Maiden Lane in Albany, N.Y. There was a fire on June 17, 1919, that destroyed the hotel and restaurant. A new restaurant was built at 56 State St., down the hill from the Capitol, and was a meeting place for legislators and other officials for decades.

In late 1969 the owner of the restaurant, Simon "Sam" Adler, was involved in court actions with Amsterdam Catering Corp., which had been operating the restaurant for him. Adler stated that he would operate Keeler's himself after he obtained full possession of it and make alterations. He would then reopen the restaurant sometime after Jan. 1, 1970.

The butter pat has one burgundy red band on the rim surrounded by two burgundy red pin lines on either side. The only other decoration is Keelers in all caps over State Street in all caps. Though this looks like an early backstamp – perhaps from the 1920s – the age is not known, but due to the State Street address, it would have been made for the restaurant's new location after the 1919 fire.