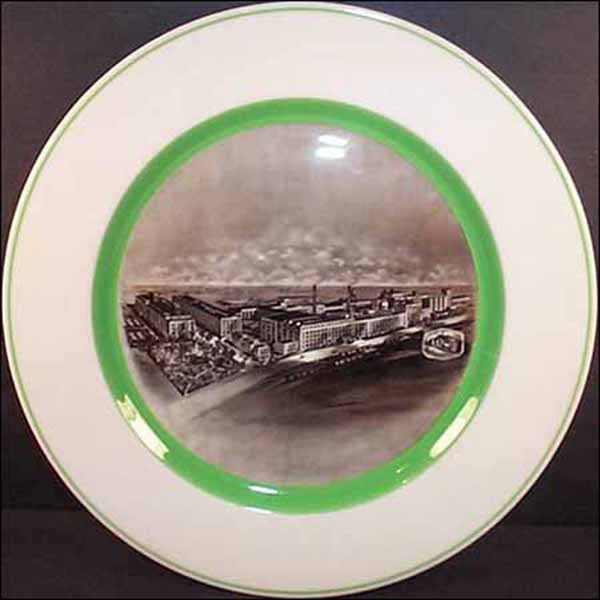 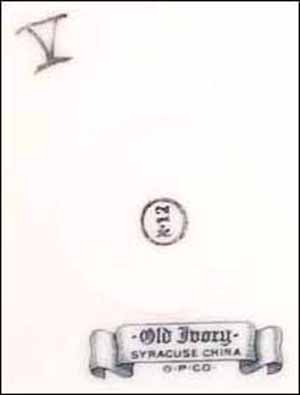 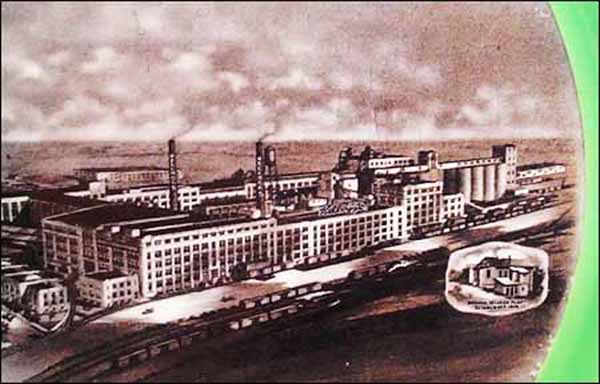 From the wikipedia: "Kellogg's was founded as the Battle Creek Toasted Corn Flake Company on Feb. 19, 1906, by Will Keith Kellogg as an outgrowth of his work with his brother John Harvey Kellogg at the Battle Creek Sanitarium following practices based on the Seventh-day Adventist Christian denomination.

The company produced and marketed the hugely successful Kellogg's Toasted Corn Flakes and was renamed the Kellogg Company in 1922.

In 1930, the Kellogg Company announced that most of its factories would shift toward 30 hour work weeks, from the usual 40. This practice remained until World War II, and continued briefly after the war, although some departments and factories remained locked into 30 hour work weeks until 1980."

Ivory plate with one narrow medium green line and one wide medium green band. The center is a sepia-tone image of the Kellogg plant in Battle Creek.