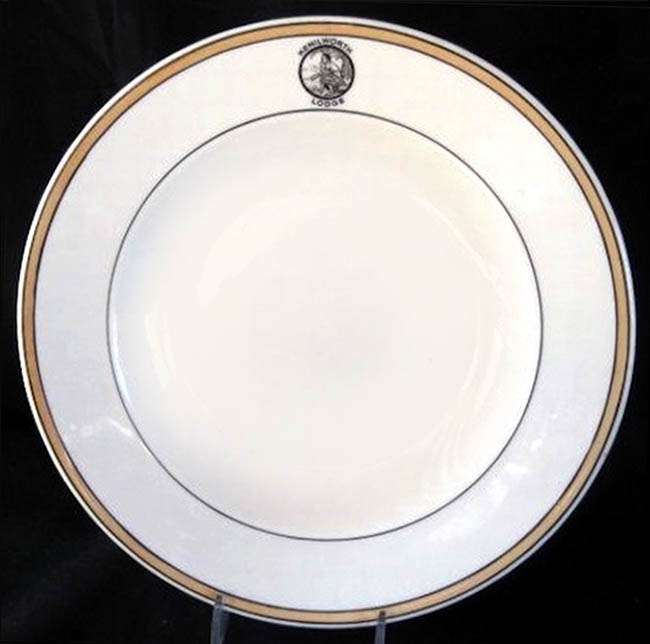 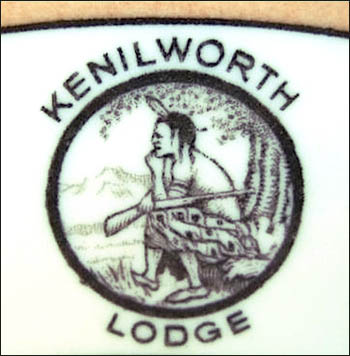 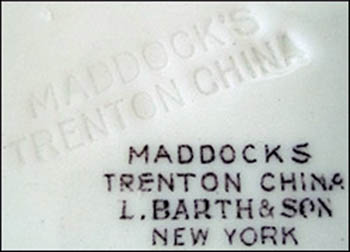 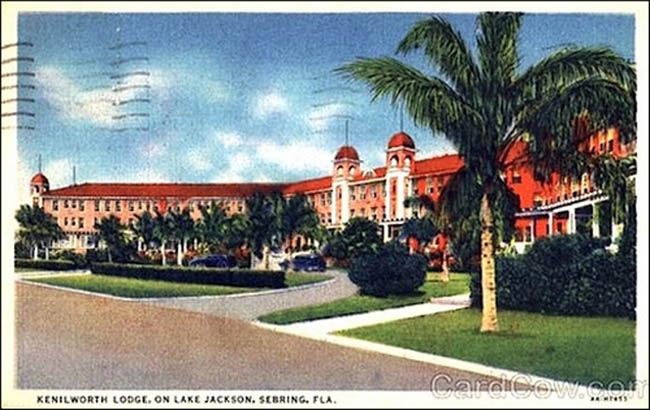 Notes: The Kenilworth Lodge is located at 836 S. E. Lakeview Drive in Sebring, Florida. It was built by the founder of Sebring, George Sebring, and opened for the season in 1916. The Kenilworth was an up-scale hotel with its own siding on the Seaboard Atlantic Railway. The three-story, 150-room Kenilworth was designed in the Mediterranean Revival style, with two wings leading from a large center lobby with a grand staircase. In 1919, the hotel was enlarged by extending the wings on either side.

Over the years the hotel had several owners. In June of 2000, the hotel was listed on the National Register of Historic Places. In 2012, the Kenilworth is owned by Mark and Madge Stewart and has 117 rooms and 26 villas, apartments and cabana units directly behind the hotel along with a heated pool.

Trenton white body 9.25" soup bowl with a rim border of concentric black lines and a pale orange between, and a black line on the verge. Topmarked with a black circular logo with a First American holding a rifle seated beneath a tree.