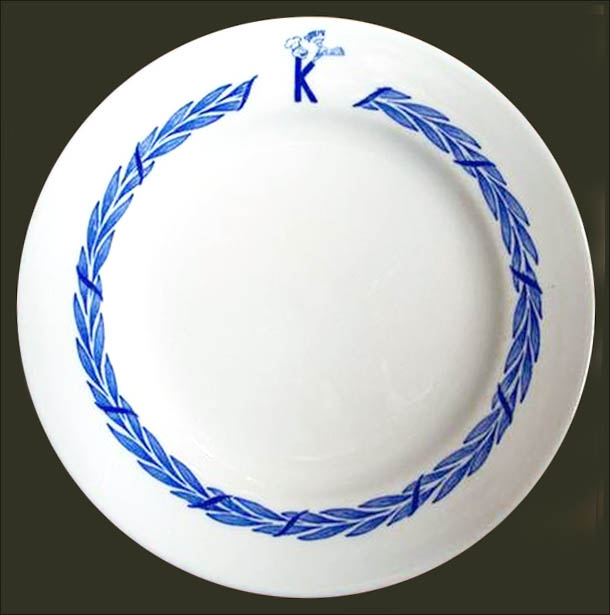 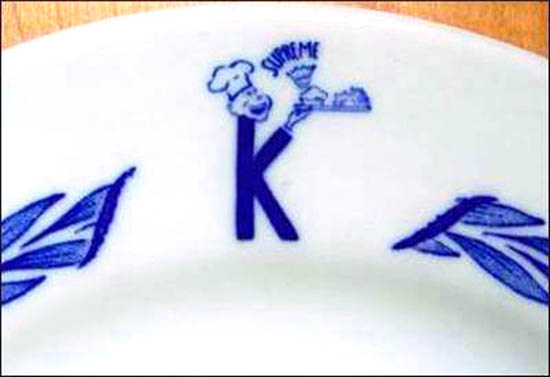 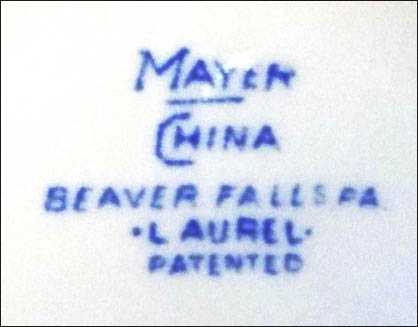 White body with blue laurel leaf border. Topmarked with the Kenny King's character logo of a letter "K" with a top-chef head, holding a platter of food with the word "Supreme" and a crown above the platter.