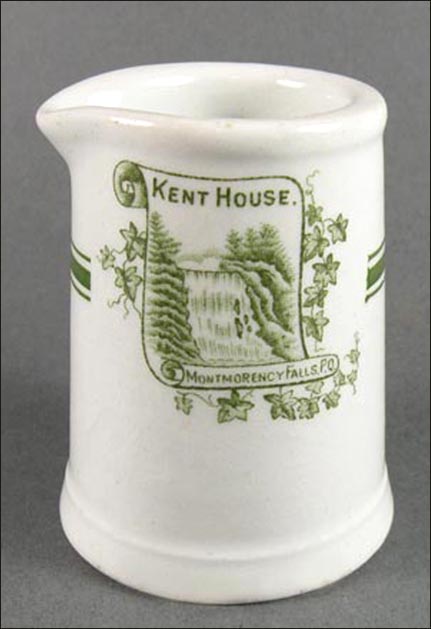 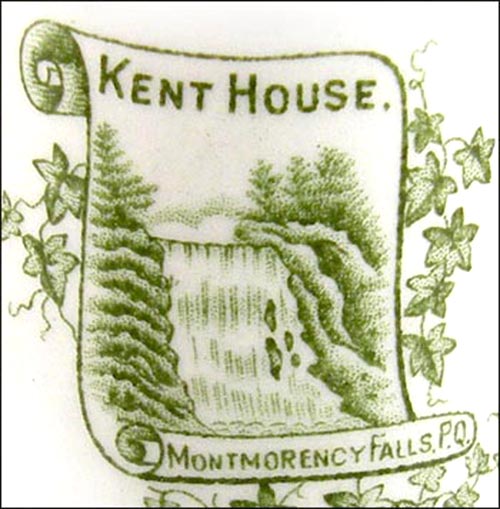 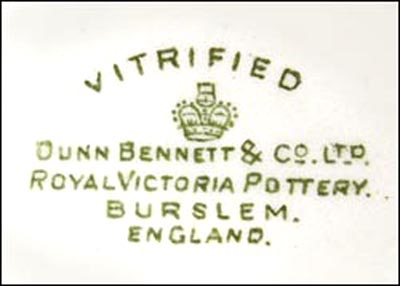 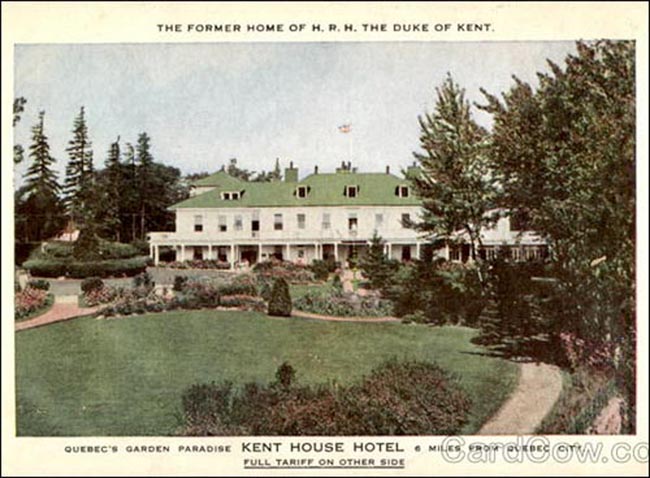 Notes: The Kent House Hotel, built circa 1778-81, is located next to the Montmorency Falls in Quebec, Canada. It has changed hands many times, but at one point served as the summer home for Prince Edward, Duke of Kent and Strathearn, who was Queen Victoria of England's father.

According to the Montreal Gazette, the house was sold in 1947 to a Canadian-American consortium with the intent to turn it into a year-round resort. It had been a summer hotel for many years prior to this sale.

At some point the name was changed to what is now Montmorency Manor, and its restaurant (2012) is called Kent House.

Depicted in the creamer's design in green on a scroll background are the 275-ft. Montmorency Falls.