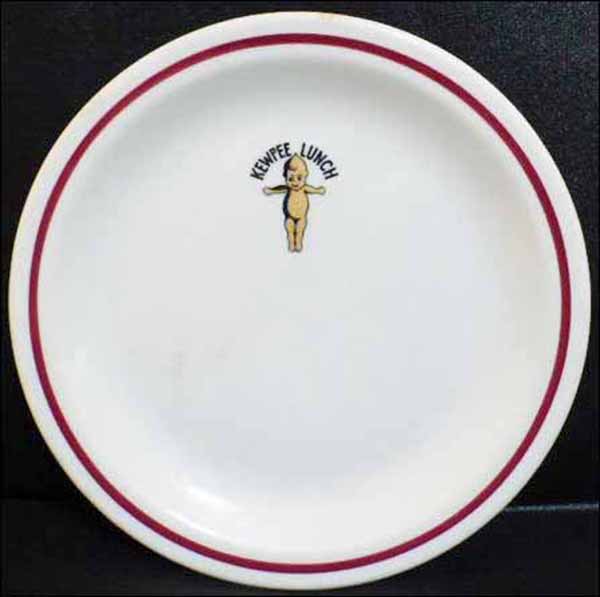 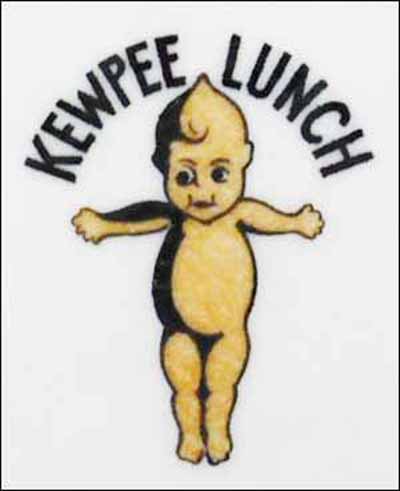 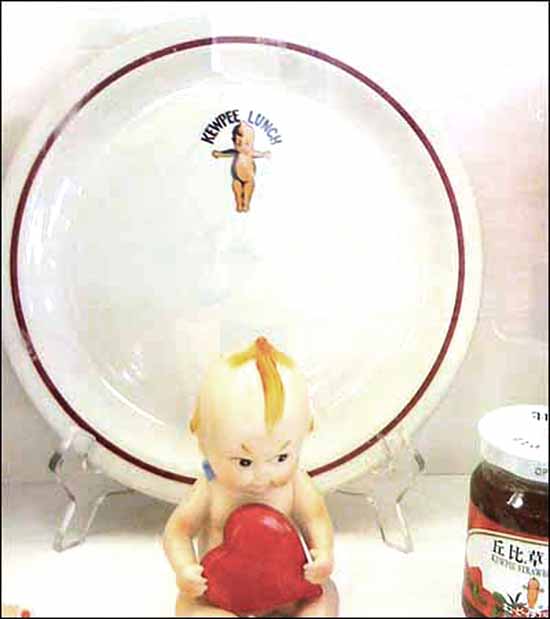 The photo of the Kewpee Lunch plate above was taken by flickr user Tweygant. It is located in a case at the Racine location. 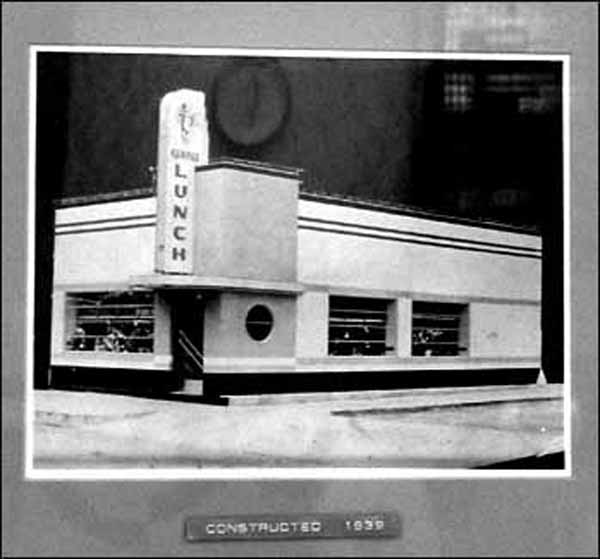 Grainy image of the 1939 Kewpee in Racine, showing the Kewpee Lunch name. 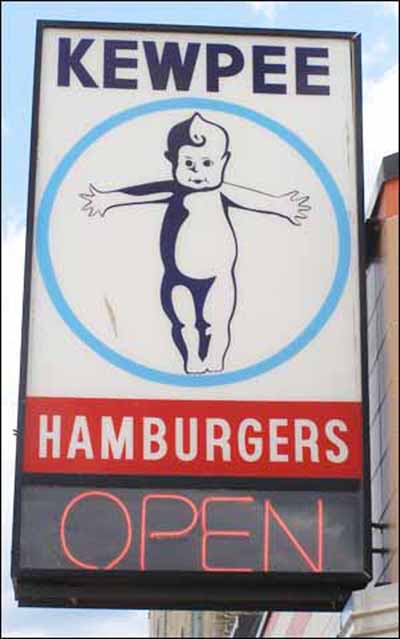 The only one that called itself Kewpee Lunch is the one that is still operating (2008) in Racine, Wisc. It also goes by the name Kewpee Sandwich Shop.

The Racine Kewpee opened in 1926 under the ownership of Dick Sanford. He sold it to Walter Block who owned it until his death in 1957. From there it passed through a number of hands to its current manager, Richard Buehrens.

The Kewpee Lunch's original structure from the 1920s was replaced in 1939 and again in 1997. A guess would be that this plate was ordered for the 1939 construction, because that is when its façade featured "Kewpee Lunch" (see photo above).

One unique feature to the Racine Kewpee and its Lima, Ohio, cousin, was their car turntables. Much like a railroad's roundhouse, the turntables allowed cars to pull into tight parking lots, back up onto the rotating platform and be turned around to drive back out. Racine's turntable was removed in the 1950s.

According to an article by Dirk Burhans in 2002, the one thing that linked all the Kewpees was a royalty agreement with Harrison Shutt of Lima, who owned the franchise name – at least at that time. Other than that, each restaurant had "complete latitutde in food and service style."