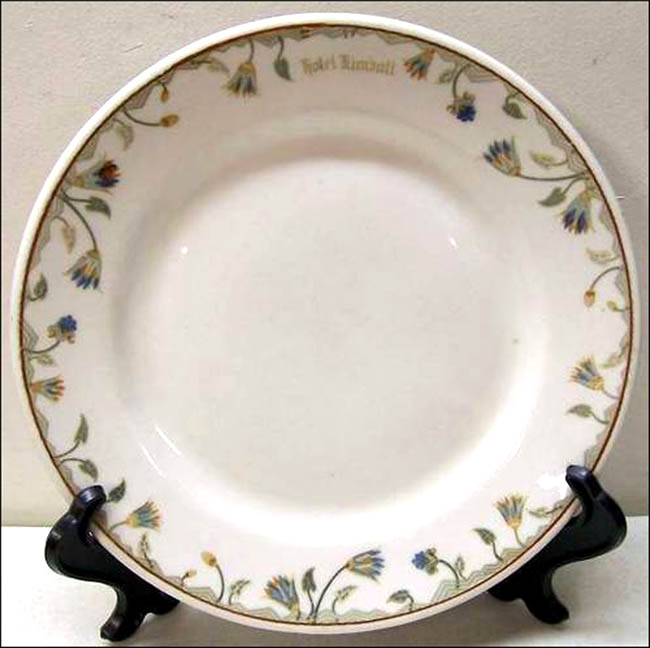 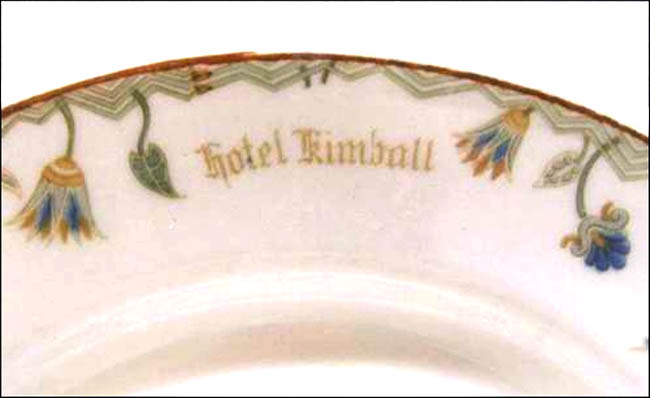 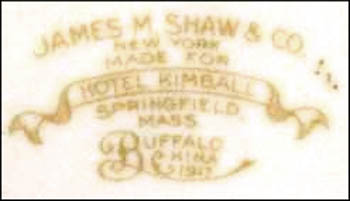 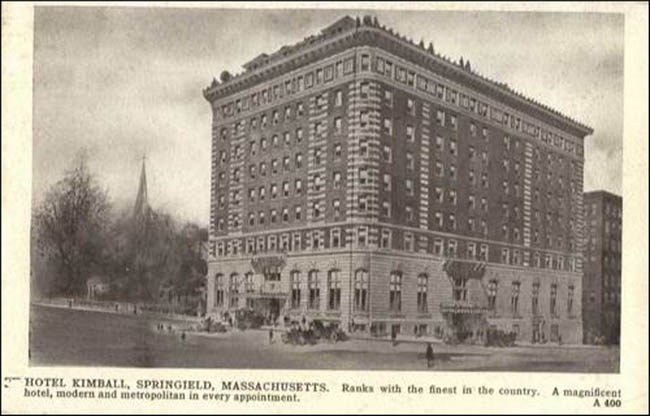 Notes: Successful Springfield businessman William Kimball constructed the Hotel Kimball in 1910, with a formal opening on St. Patrick's Day in 1911. Located at the corners of Chestnut and Bridge streets in Springfield, MA, the Hotel Kimball originally had 309 rooms, a dining room for 450, a banquet hall for 350, and in 1912, daily room rates were from $1.50 to $3.50.

Up until World War II, the Kimball was a grand hotel where U.S. Presidents, kings, wealthy American businessmen and famous actors frequented. In the mid-1950s, the hotel became the Sheraton-Kimball Hotel and it later changed ownership several times between 1964 and 1980. In the early 1980s, the building was renovated into residential apartments and renamed the Kimball Towers.

In 1985, the building once again was renovated and converted to residential and commercial condominiums.

White body with a border consisting of lotus or Egyptian blue lily blossoms and leaves in shades of gray, blue, tan and rust. The flower is significant in Egyptian mythology and commonly depicted in Egyptian art. Topmarked "Hotel Kimball" in tan.

This border pattern also was produced by the Maddock Pottery Co. as the Egyptian pattern and produced by Syracuse China as the Kimball pattern.