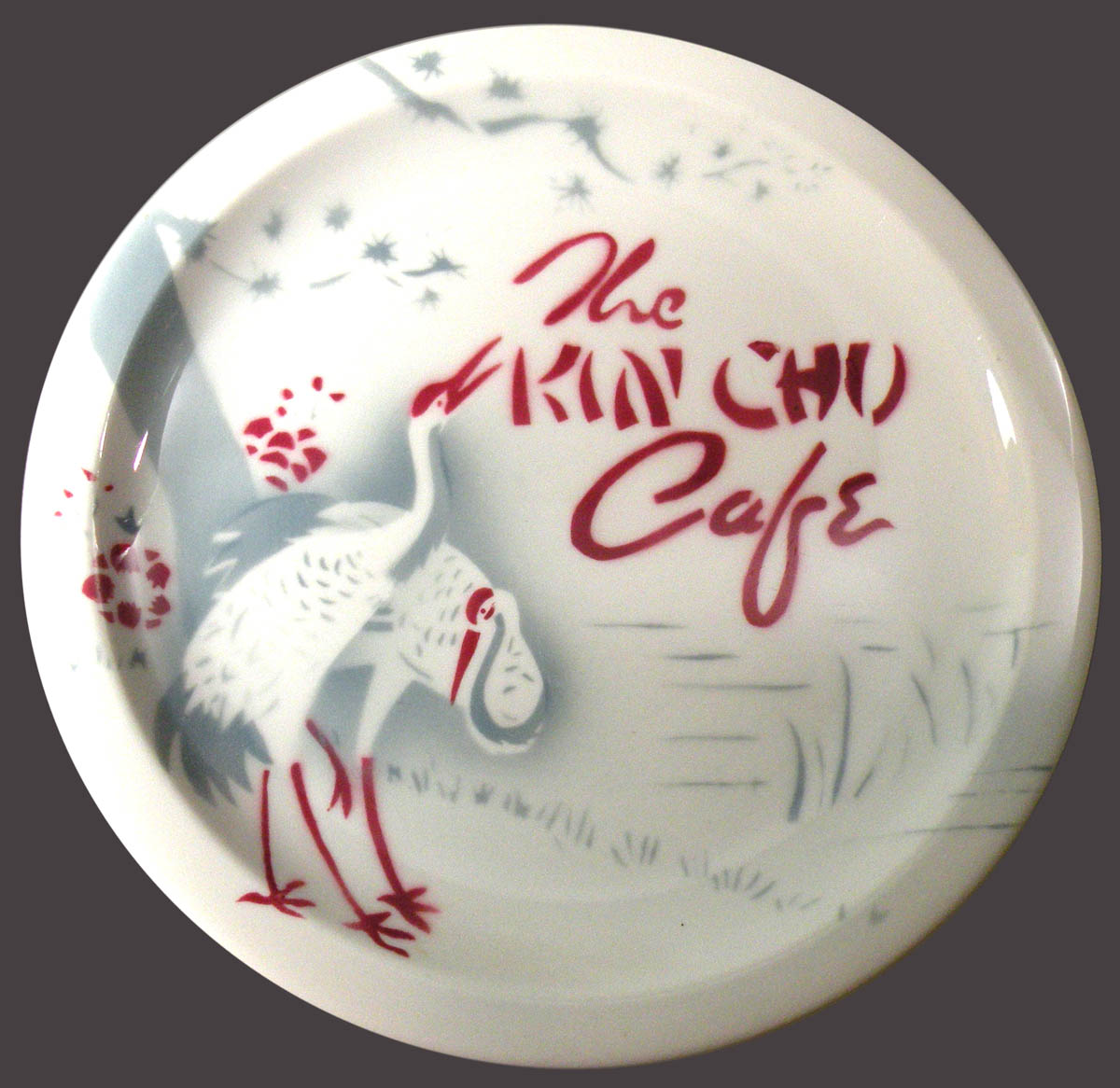 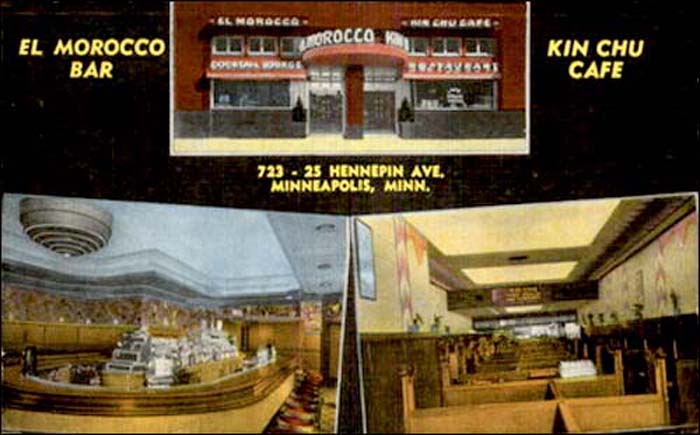 Notes: From "Minnesota Eats Out: An Illustrated History": "Kin Chu Café opened in 1923 with an all-Chinese staff under the management of Wen Wong, who was in charge for more than thirty years." The book includes a photo of this plate, a white cup with red line on the border and a decal inside the cup, plus interior and exterior photos of the restaurant and even a recipe for Shrimp Egg Foo Yong. Click here to see the entry in Google books.

The book "Chinese in Minnesota" indicates that the restaurant was sold in 1961. It is not known if the restaurant continued under the same name past that date, but with new owners.

Located at 725 Hennepin Ave., in Minneapolis, Minn., Kin Chu Cafe had a sleek, Art Deco exterior, as shown in this 1936 photo on the Minnesota Historical Society's website. By the 1950s, as shown in the postcard below, the restaurant had a different façade but the same location on Hennepin Avenue.

The plate has an airbrushed design of a landscape in gray and dark red with a pair of cranes as the prominent feature, along with the words: The Kin Chu Café, in red.