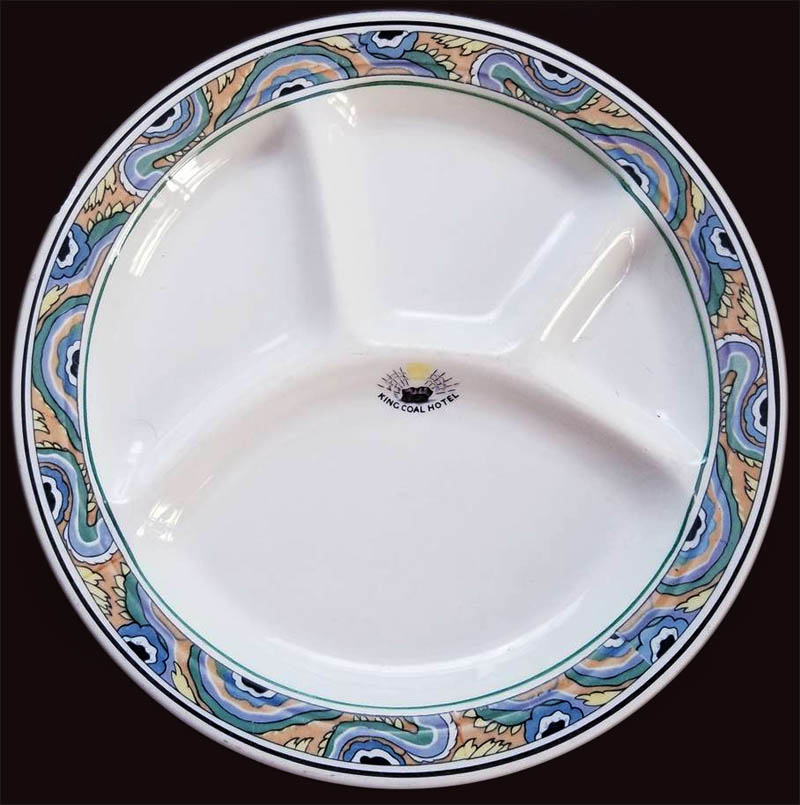 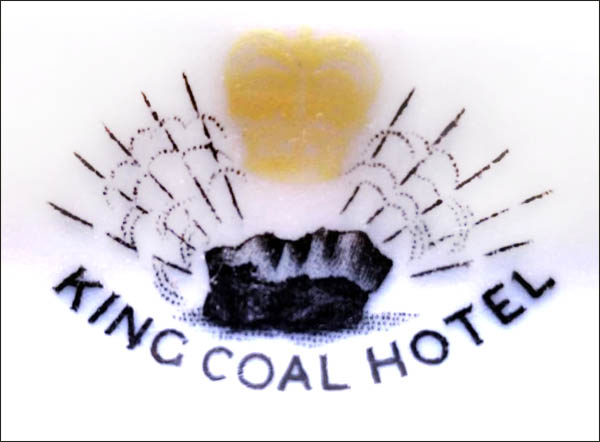 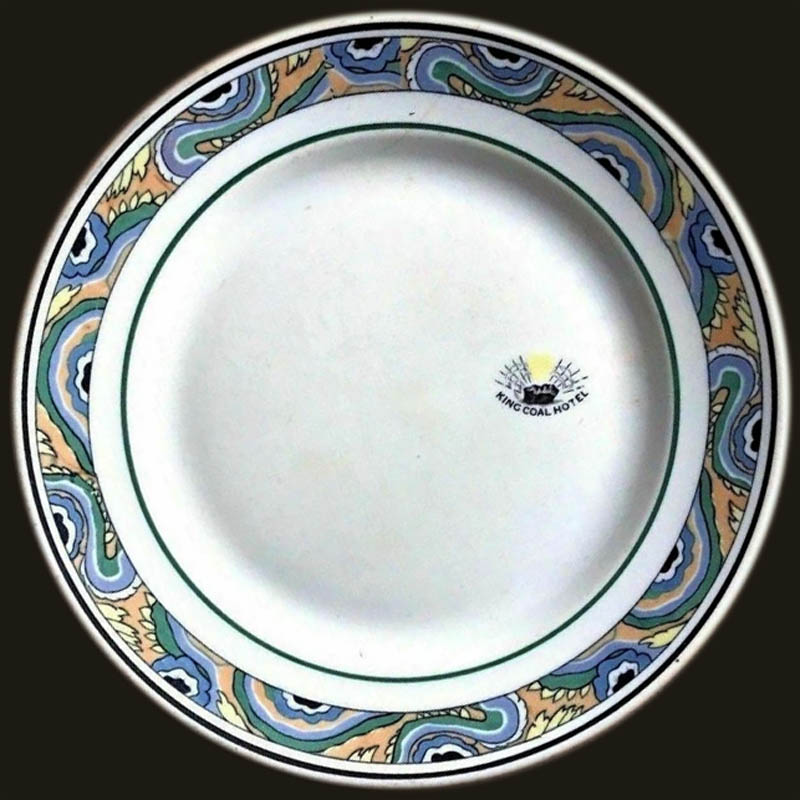 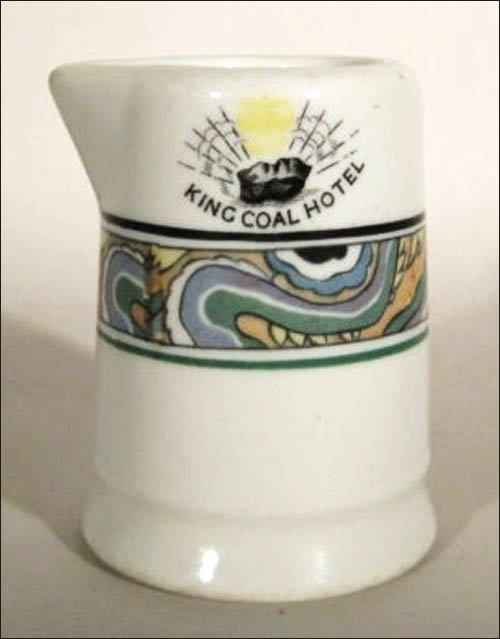 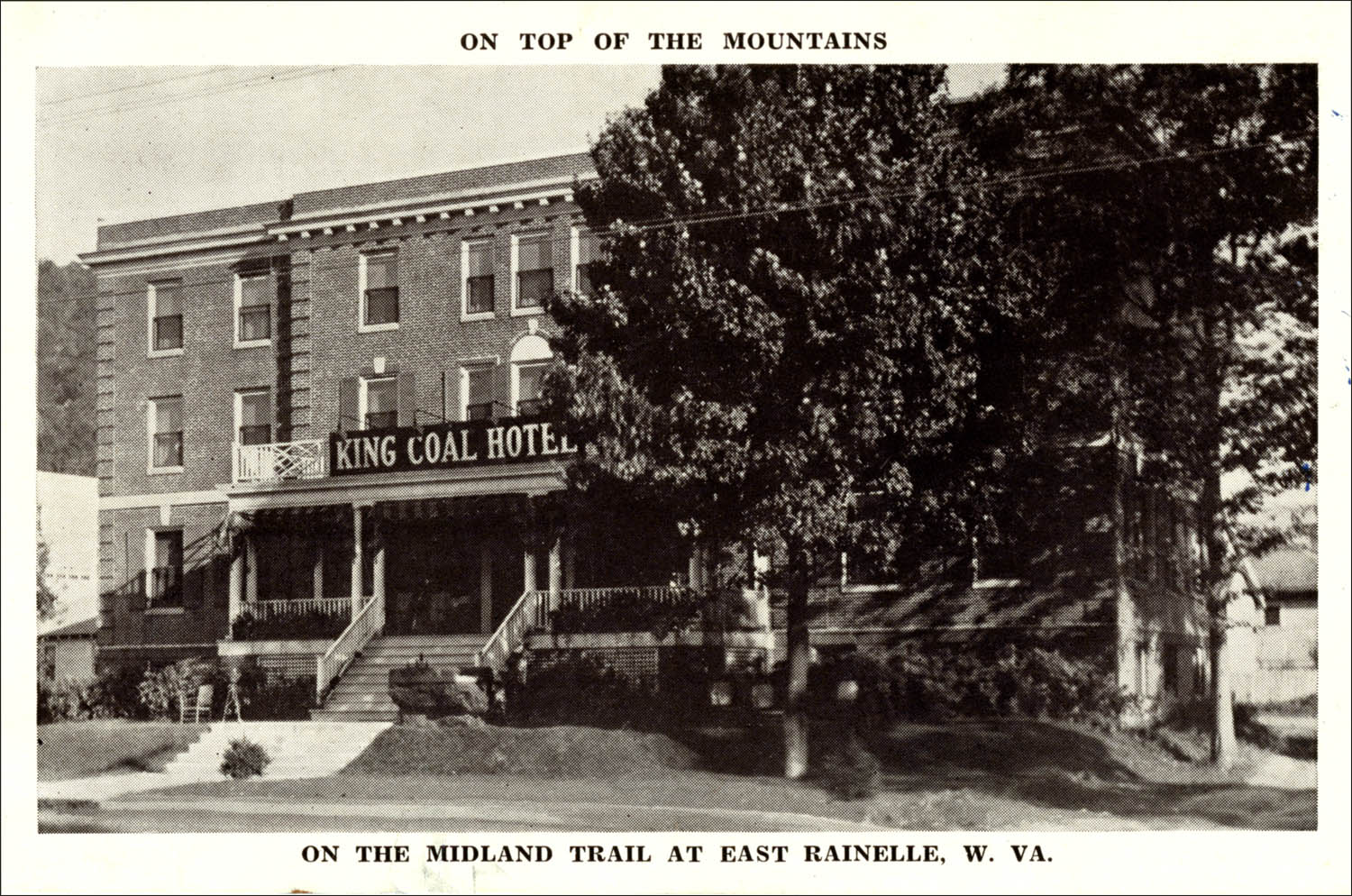 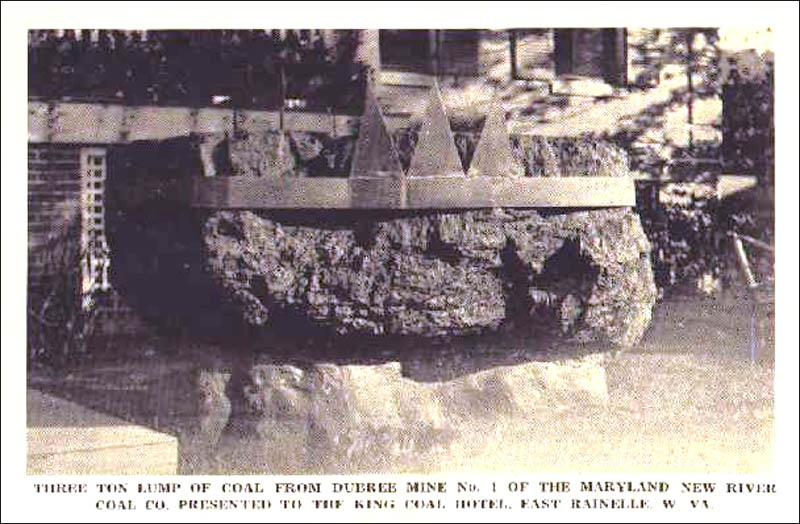 Notes: According to Greenbrier Historical, in 1929 the Maple Oaks Hotel opened in Rainelle, W.V., but it closed with the onset of the Great Depression and was purchased by a Virginian, Coleman Gore, who circa 1935 renamed it as the King Coal Hotel. "A large lump of coal was placed in front of the building and a golden crown set on top."

This topmark, placed on white-bodied china with the Arc En Ciel patterned border, shows a giant lump of coal with a subtle depiction of a crown above the words: KING COAL HOTEL.