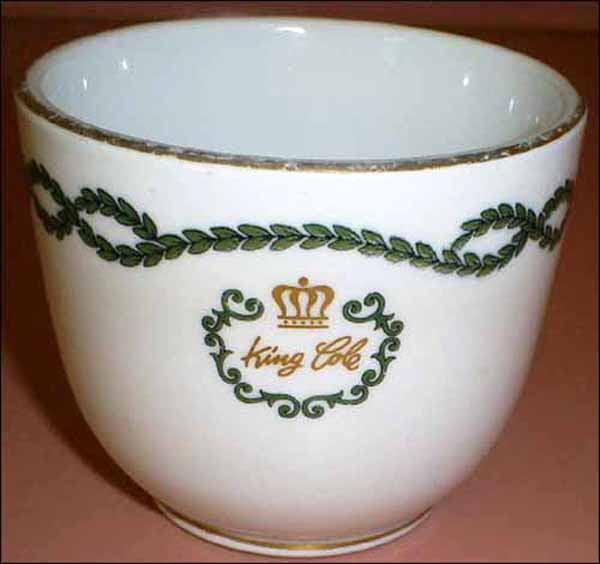 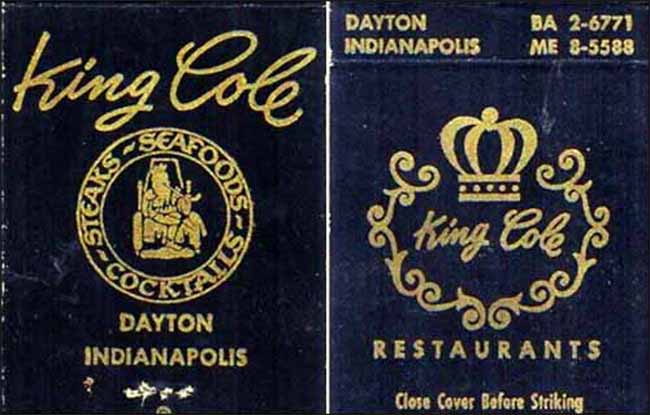 Notes: The King Cole, Dayton, Ohio, was founded in 1928 by Max Comisar and originally called "Seville." After 24 years, the restaurant, now called "King Cole," moved to a new building where it remained until 1975. At that time, downtown Dayton was redeveloped and the King Cole relocated to Second and Main Streets in the Kettering Tower. The Dayton restaurant closed in May, 1998. The Indianapolis restaurant was located on N. Meridian.

ID and photos contributed by Sharedspirit