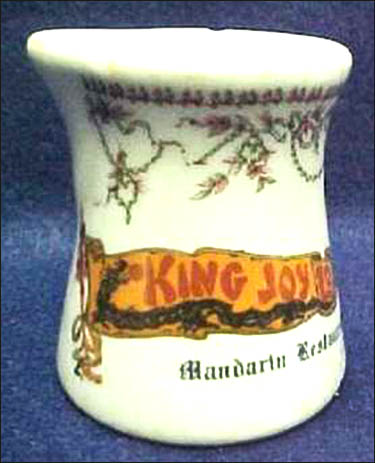 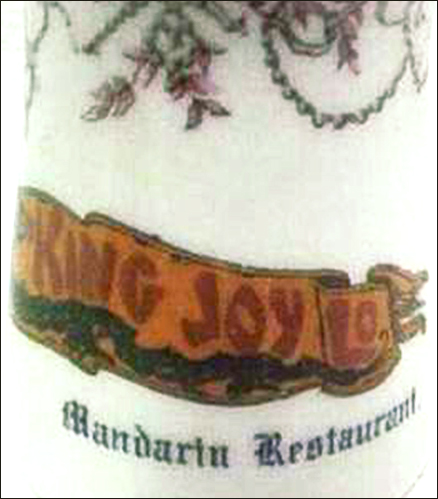 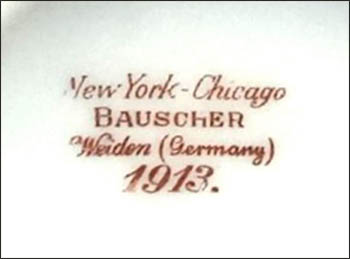 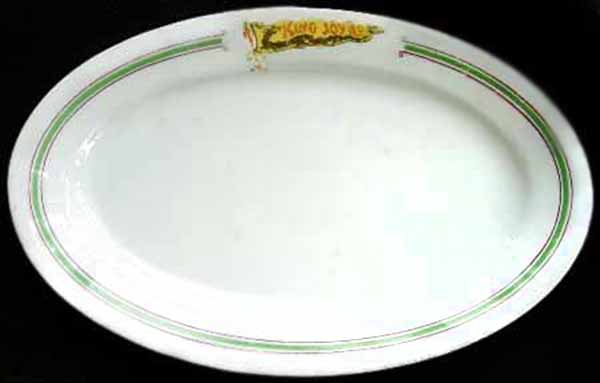 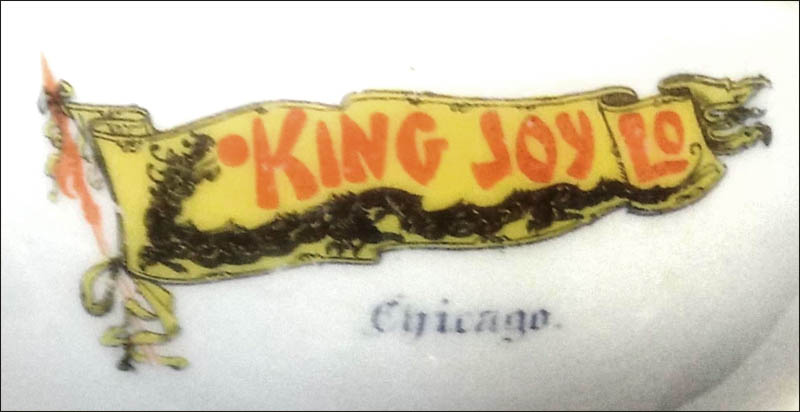 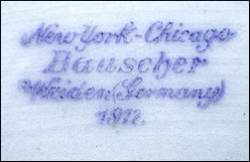 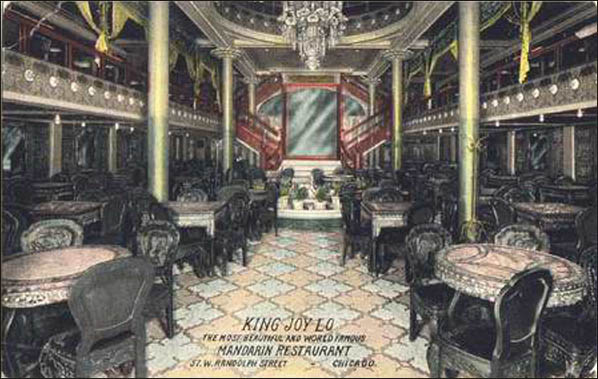 After the Great Depression and through World War II, high-end Chinese restaurants like King Joy Lo gradually disappeared and were replaced by Chinese restaurants aimed at the middle classes  restaurants that were smaller, modestly decorated and more affordable. From the mid-1940s onward, about the time that the Chinese Exclusion Act was repealed in 1943, Chinese restaurants held a different place in American society.

Click here to read more about the history of Chinese Food in Chicago from the Chinese-American Museum of Chicago (CAMOC).

The creamer has an off-white body with a top border of delicate, intertwining pink tree blossoms and small green leaves. At the center of the creamer, there is a large golden yellow and orange pennant banner with the words "King Joy Lo" above the elongated body of a fire-breathing dragon. The words "Mandarin Restaurant." appear beneath the banner in Old English black letters.

The platter has a white body with a border of red and green stripes. Topmarked with the same golden yellow and orange pennant banner, bearing the words "King Joy Lo" above the elongated body of a fire-breathing dragon.

Click here to see a King Joy Lo sugar bowl excavated by archaeologist Scott Demel in 2002 from the lakefront landfill of Chicago. This sugar bowl is considered one of the earliest surviving objects from a Chinese restaurant in the Midwest.