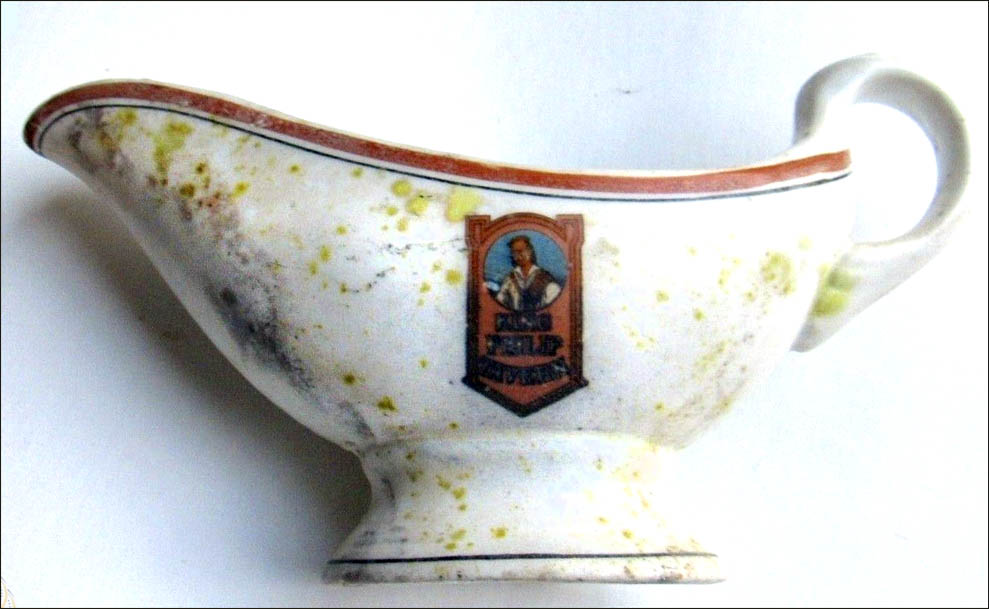 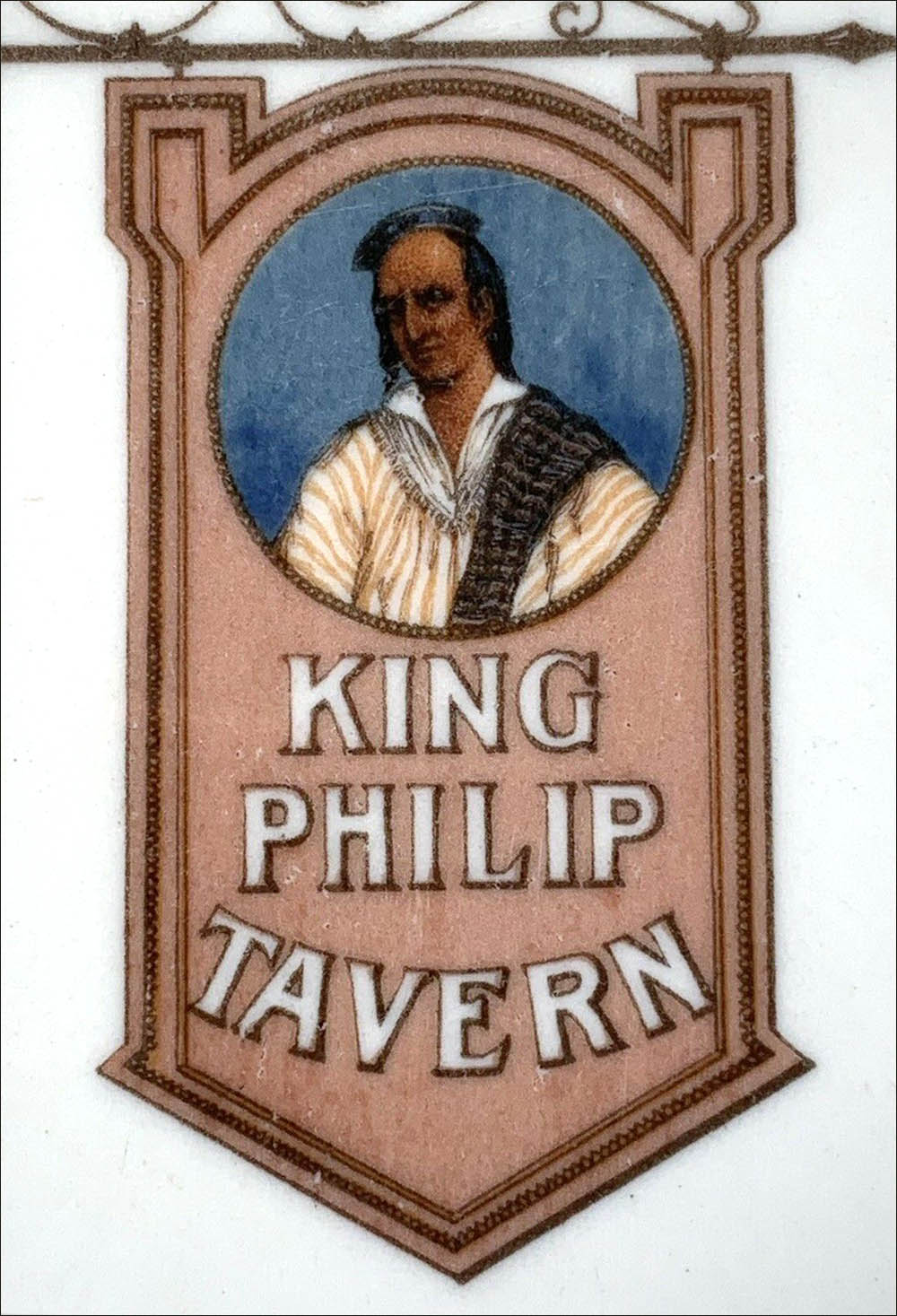 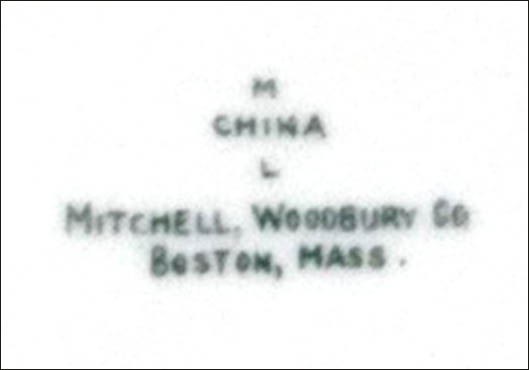 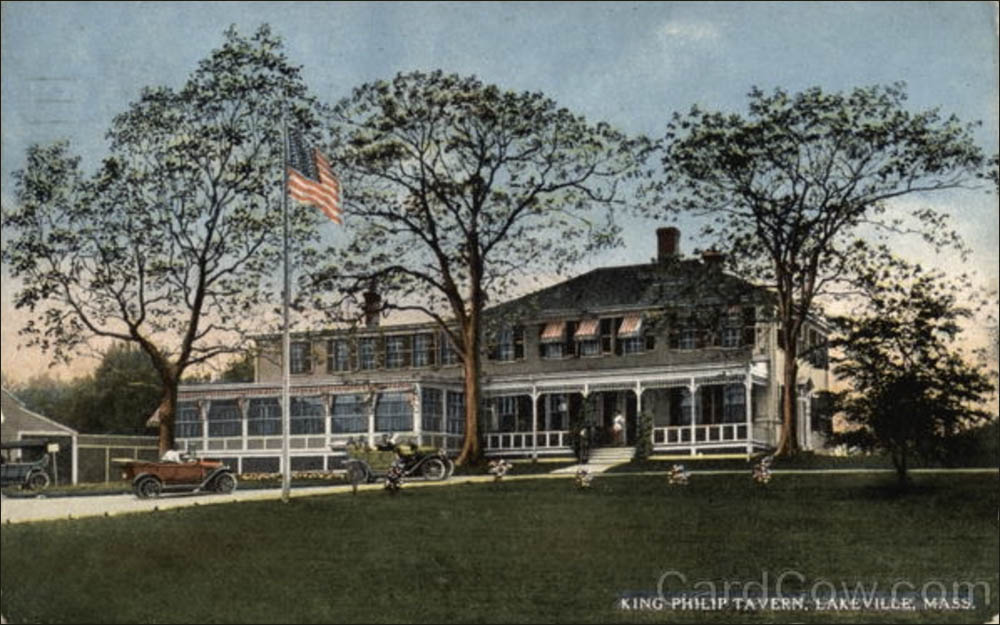 Notes:  The King Philip Tavern was built in the early 1800s as a private home for the Washburn family.  A Native American tribe, led by Chief King Philip, believed that a spring on the property contained medicinal and beneficial properties. The house later became the summer home of Fred C. Hinds, who named it "Hindsmere." In February 1909, the King Philip Tavern Company was incorporated with Mr. Hinds as treasure. That spring it opened as "King Philip Tavern" a hotel and restaurant. It operated during the summer and catered to tourist who traveled by automobile. With 20 bedrooms and a dining room with seating for over 200, it was mostly a restaurant operation. King Philip Tavern burned to the ground on March 7, 1919. It was not rebuilt.

Maddock produced a Lamberton China service plate with a large decal crest in the center of the well. The crest is a post with hanging signboard that contains a bust of chief King Philip. There is a red rim line with black pin line below. Another black pin line is at the verge.  Other pieces in the service have only the signboard part as the crest. This china was supplied by Mitchell Woodberry Co., Boston.

A listing on WorthPoint includes the King Philip service plate in a group of plates made by Buffalo Pottery but does not give any back stamp information.