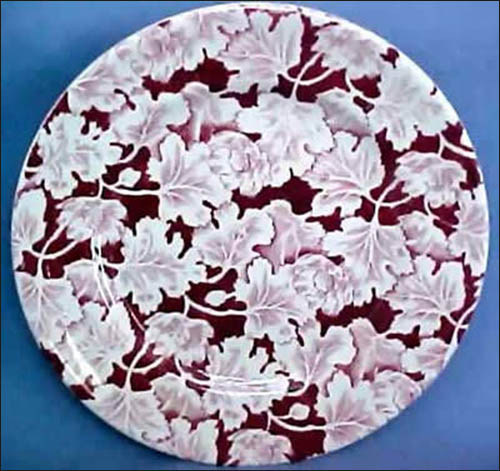 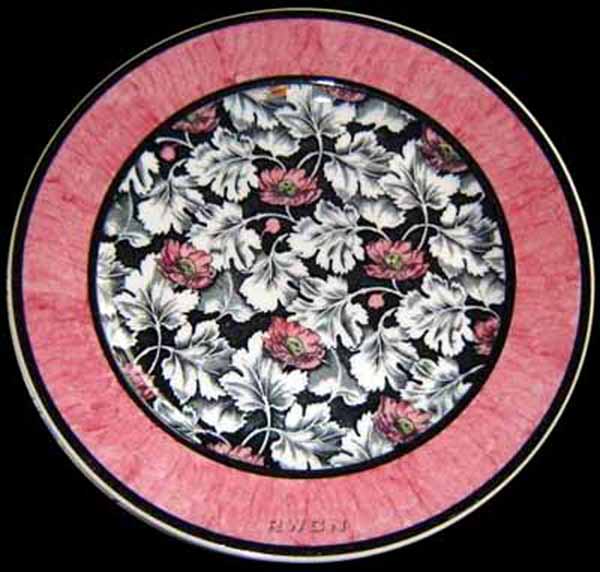 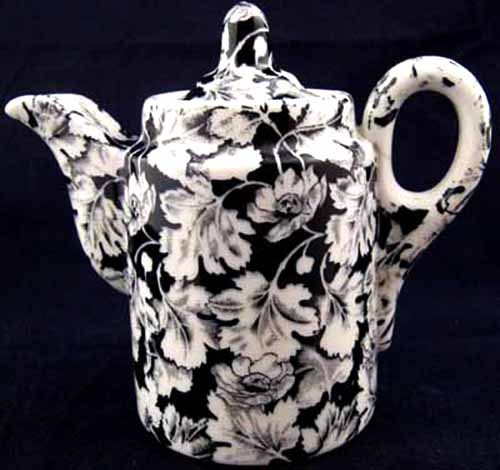 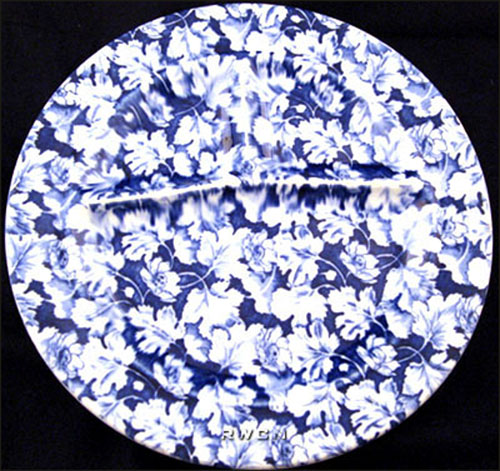 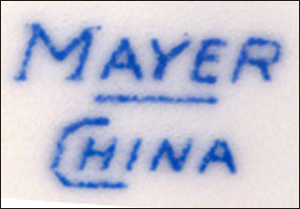 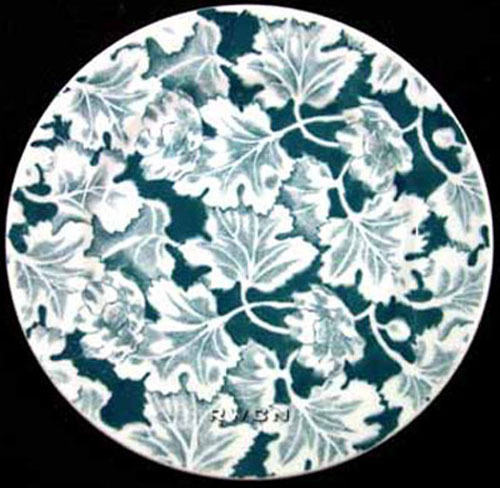 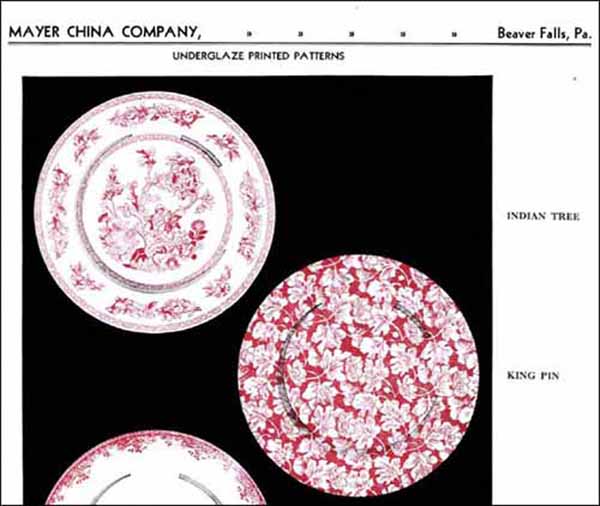 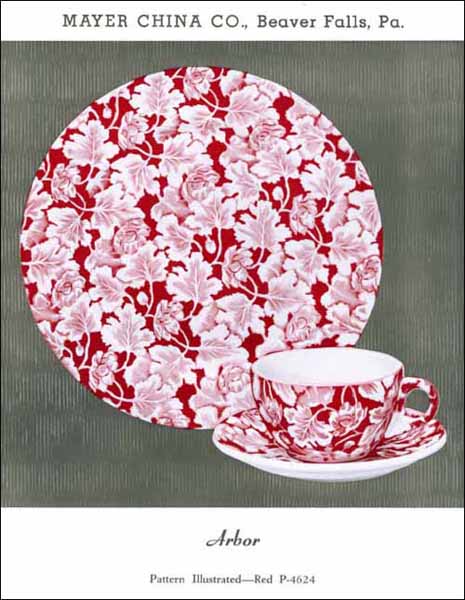 Notes: Known colors are red , blue, green, and black and the unusual pink and black with pink border.

An interesting but unsubstantiated story goes that this pattern was originally designed for use in a psychiatric facility where the patients served each other and they wanted a pattern that wouldn't show fingerprints.

An early undated Mayer catalog first lists this pattern as King Pin. A later 1964 catalog lists this as Arbor. It is not known when or why the name change occurred.