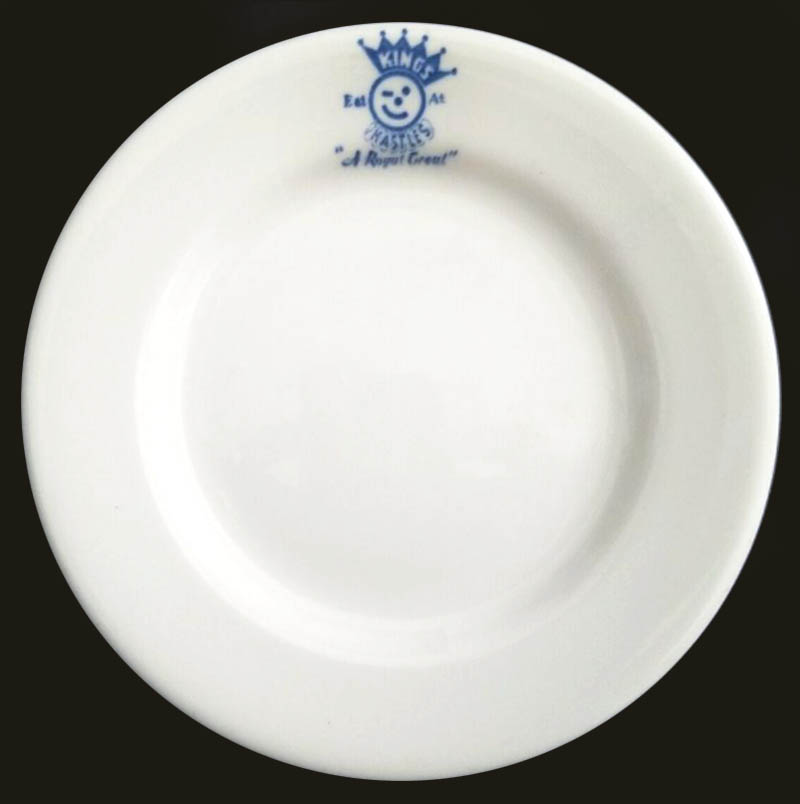 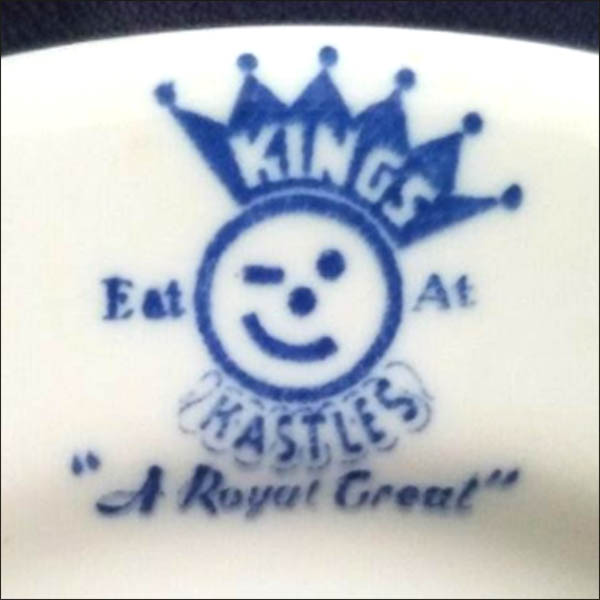 Notes: According to the back notes of an 1961 article in the Journal of Retailing, Kings Kastles Drive-In opened in Rantoul, Illinois in 1949.

White body, topmarked with a blue Smiley Face wearing a crown marked "KINGS" and a ruffle collar marked "KASTLES." The words "EAT AT" and the phrase "A ROYAL TREAT" appear outside the Smiley Face.

Sterling China also made a version of this topmarked piece, dating to 1953 with a slight topmark variation: instead of "A ROYAL TREAT," it is marked "A ROYAL GREAT."