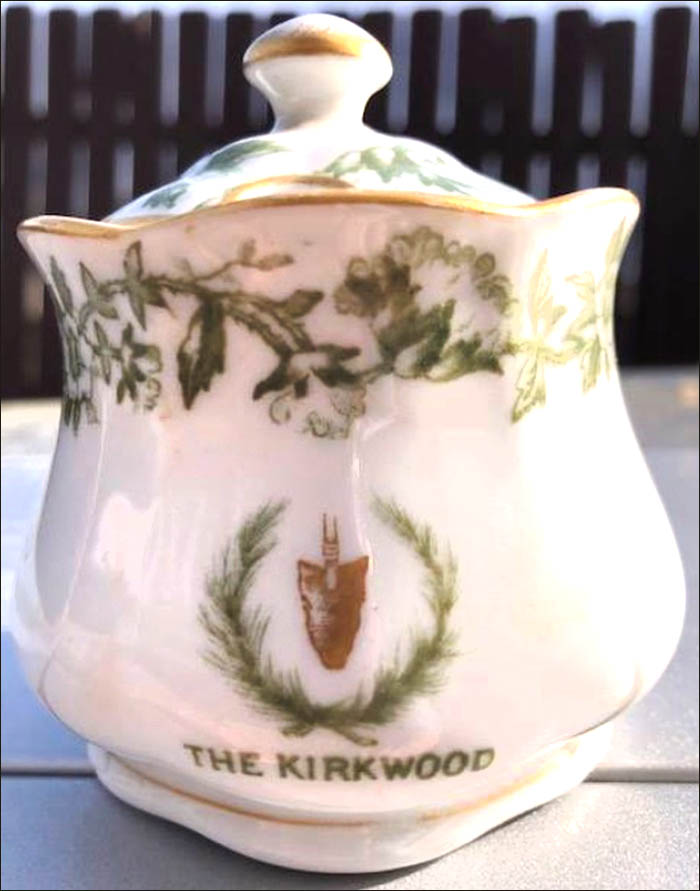 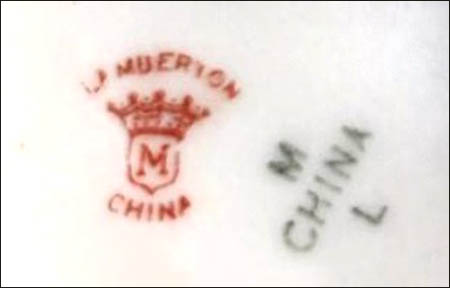 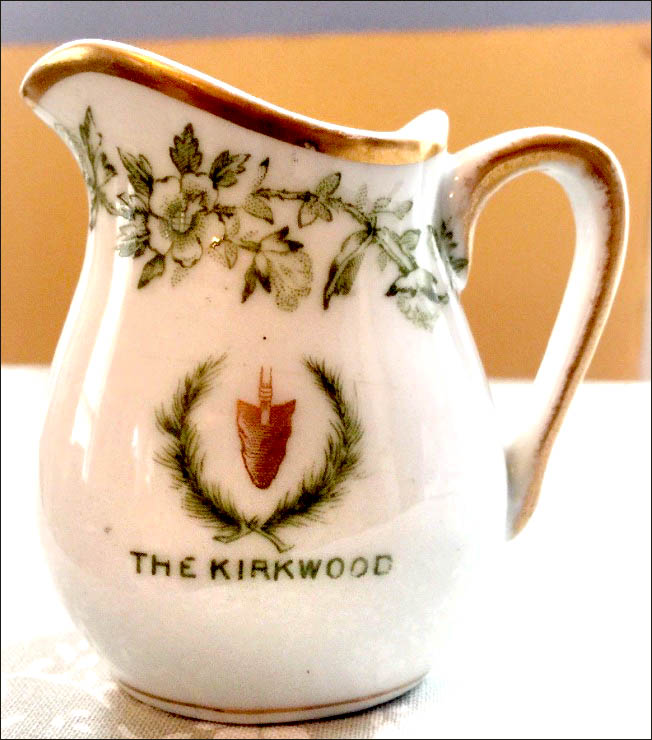 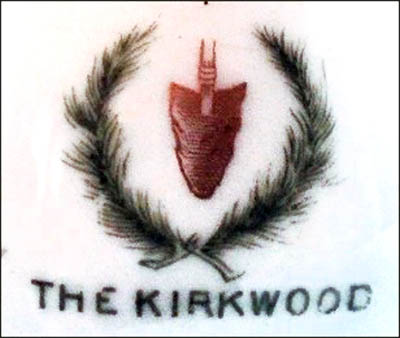 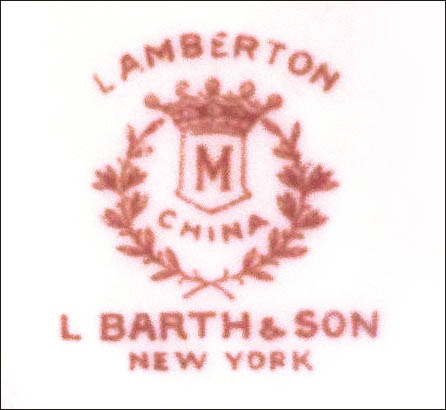 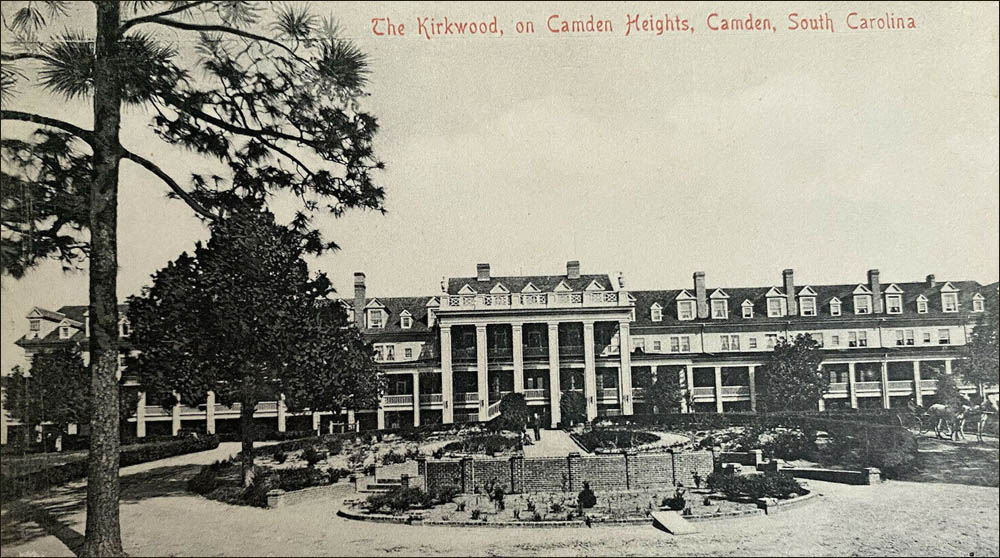 Notes: In 1902, Harry Kirkwood, and a group of northern investors, built an addition to an old mansion that had been owned by the Canty family. This three-story, 175-room, Colonial Revival-style building opened as The Kirkwood in 1903. The Kirkwood was an American plan winter resort that catered to wealthy guests from up north. It sat on a hill surrounded by golf courses and polo fields. From August 1923, off and on, until 1943 it was operated by the Abbott Hotel chain. During WWII it survived by housing guests that were doing war-related work. By 1943, wealthy potential guests that could travel for vacations headed for Florida rather than to The Kirkwood. In September 1943, The Kirkwood was sold to Simon Faust, who proceed to have an auction of all of the furnishings and fixtures that December. Then the building was stripped of all its salvageable metal before being torn down in 1944.

The Maddock Lamberton china service made for the Kirkwood has a decal crest composed of an arrowhead within a pine needle wreath. "THE KIRKWOOD" is below the wreath. The green transfer border is shown in the Maddock pattern sample book as #127 Cotton Bud. Coin gold rim and pin lines complete the design. Some pieces have "L. Barth & Son" on the back stamp.