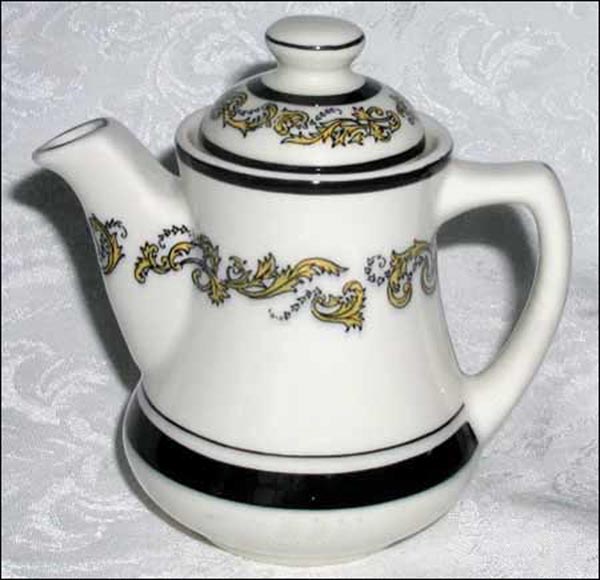 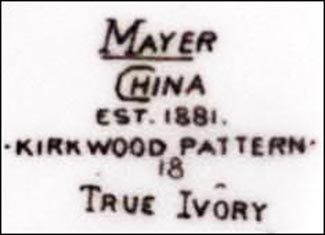 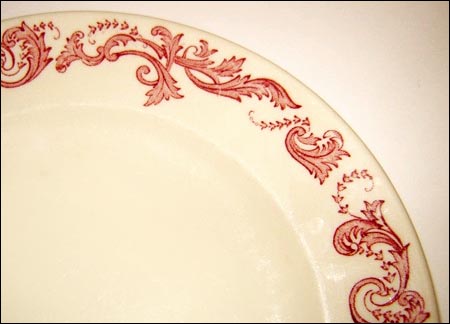 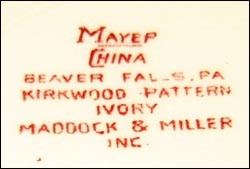 Note: The Kirkwood pattern is most often seen in the striking design with black-lined yellow scrolling leaves augmented with with black bands and lines. But another version, with light red leaves lined with darker red — and no other design — is shown as well.