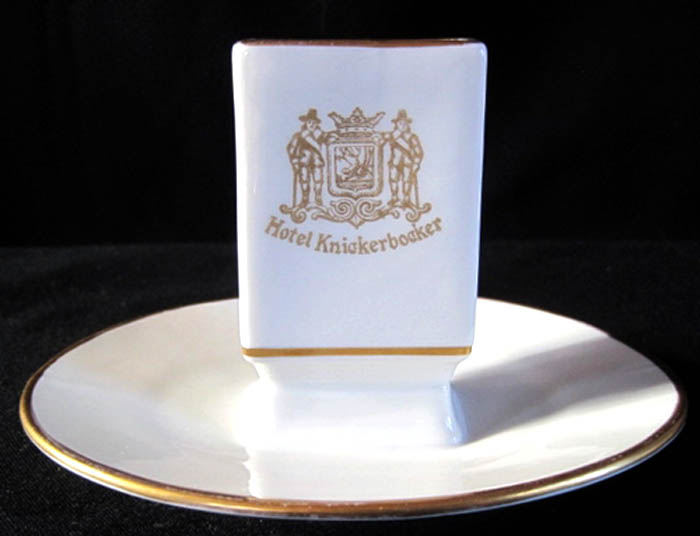 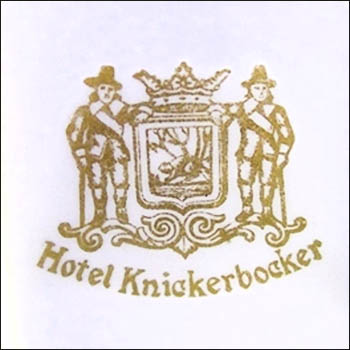 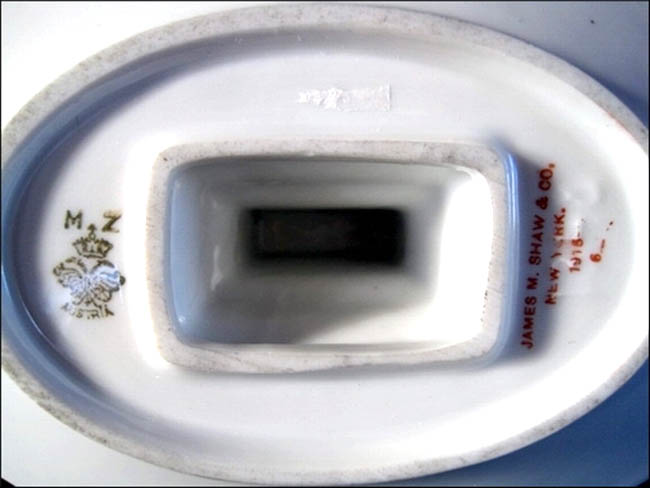 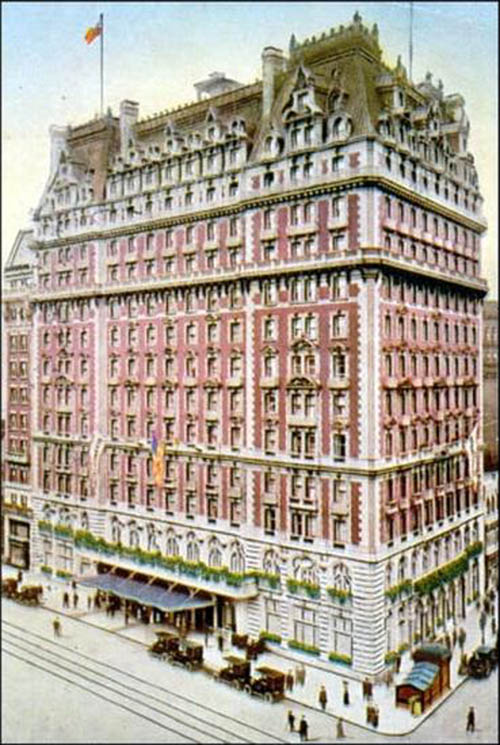 Notes: The first Knickerbocker Hotel in New York City was located at the southeast corner of 42nd Street & Broadway at Times Square. "Developers J.E. and A.L. Pennock originally designed the building and financed the early construction of the hotel starting in 1903. One year later, the investment group that sponsored the developers fell apart and John Jacob Astor IV, who owned the land, took over the project. The rooms were redesigned by Trowbridge & Livingston and a luxurious, three-story restaurant and bar was added, with seating for 2000 for after-theater dinner." (Source: http://en.wikipedia.org/wiki/6_Times_Square)

Constructed in the Beaux-Arts style of red brick, the 12-story structure had a three-story copper-clad mansard roof. The hotel could accommodate about 1,000 guests in 556 sleeping rooms. "On October 23, 1906, the Hotel Knickerbocker, the newest Times Square Hotel opened it doors to invited guests." (New York Times, October 24, 1906)

After the death of John Jacob Astor IV in 1912, his son Vincent Astor managed the Knickerbocker until 1921, then closed the hotel. During the Depression, the architect Charles Platt designed a million-dollar renovation converting the hotel into an office building. It was known as the Newsweek Building from 1940 to 1959 when the magazine made its home there. The building was listed on the National Register of Historic places on April 11, 1980. In that same year, the building was converted to residential units called '1466 Broadway,' but was mostly occupied by showrooms and studios for the garment district. (Source: http://www.famoushotels.org/article/1166)

In 2011, the building emerged from a year-long, exterior facelift with plans to convert it into a boutique hotel.

White body match stand with coin gold bands on rim, top and bottom of chimney. Gold logo of crest, beaver within, crown on top. Puritan men on either side of crest, with Hotel Knickerbocker below. (Source: Larry Paul's 20th Century Hotel Research Database)

Click here to view a 1907 Hotel Knickerbocker Luncheon Menu featuring elements of the hotel crest — a beaver within a shield and a crown on top.