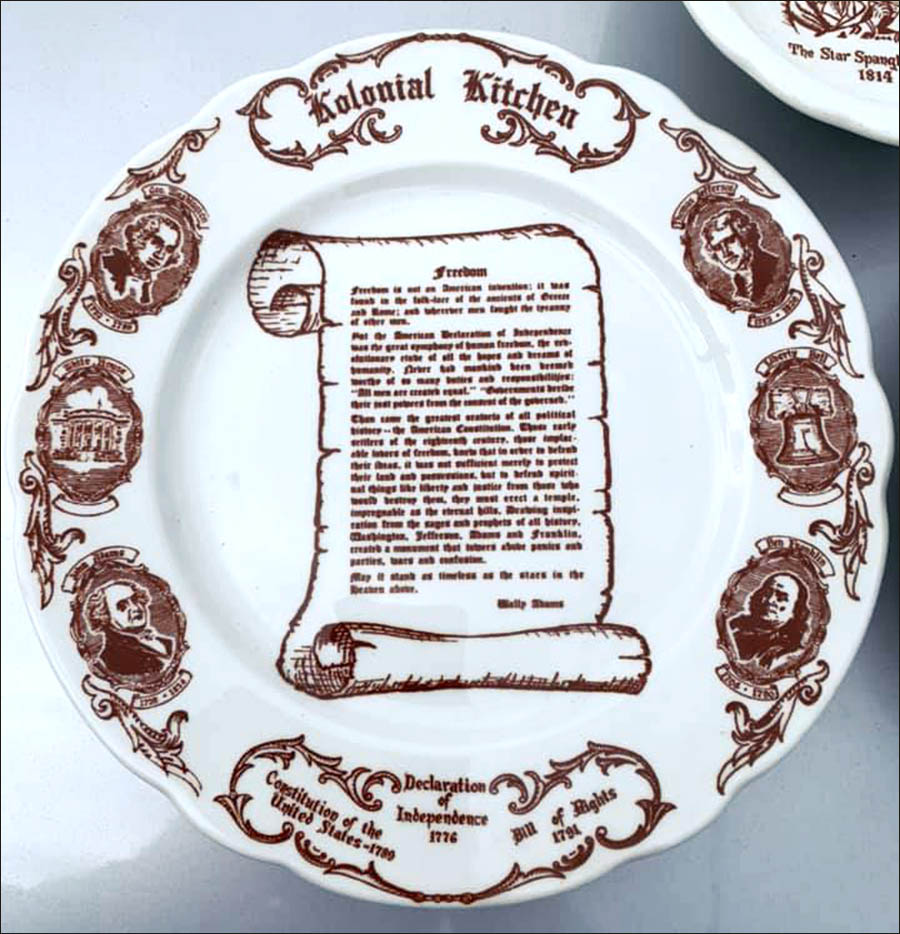 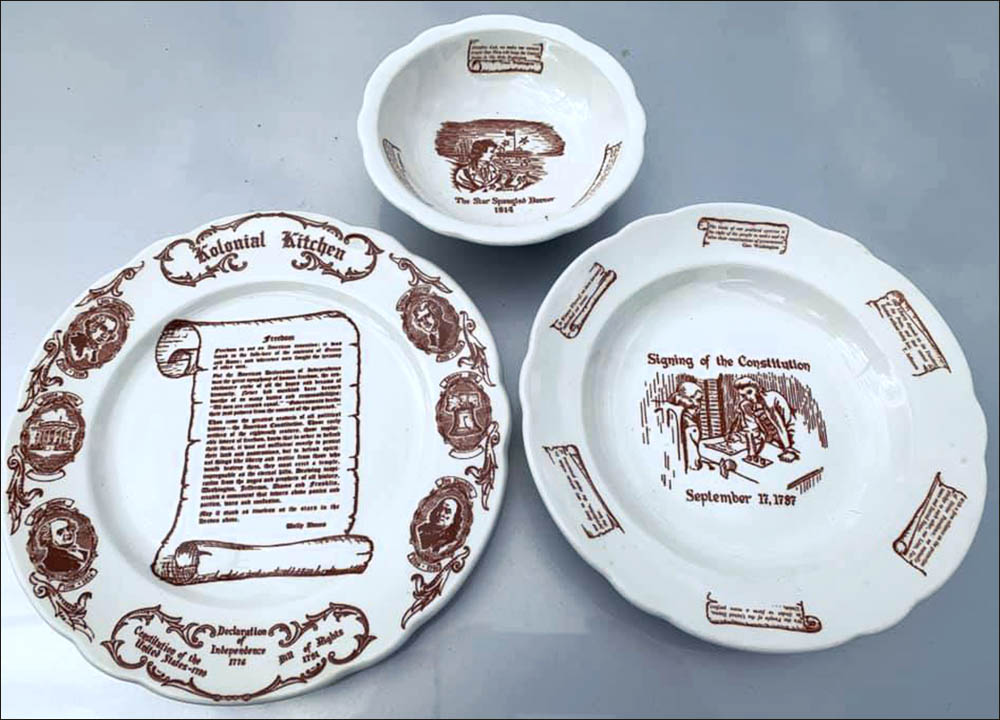 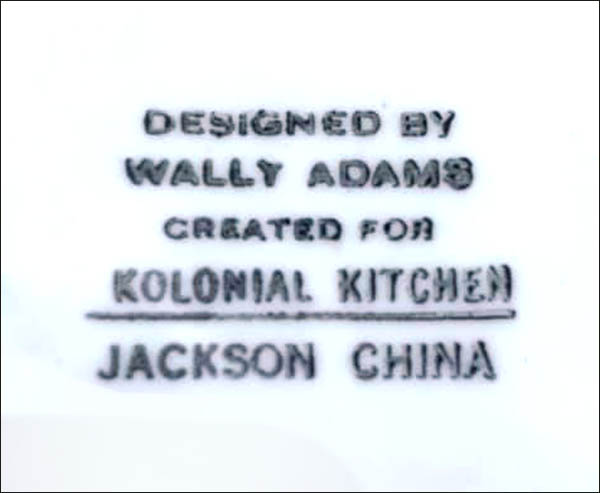 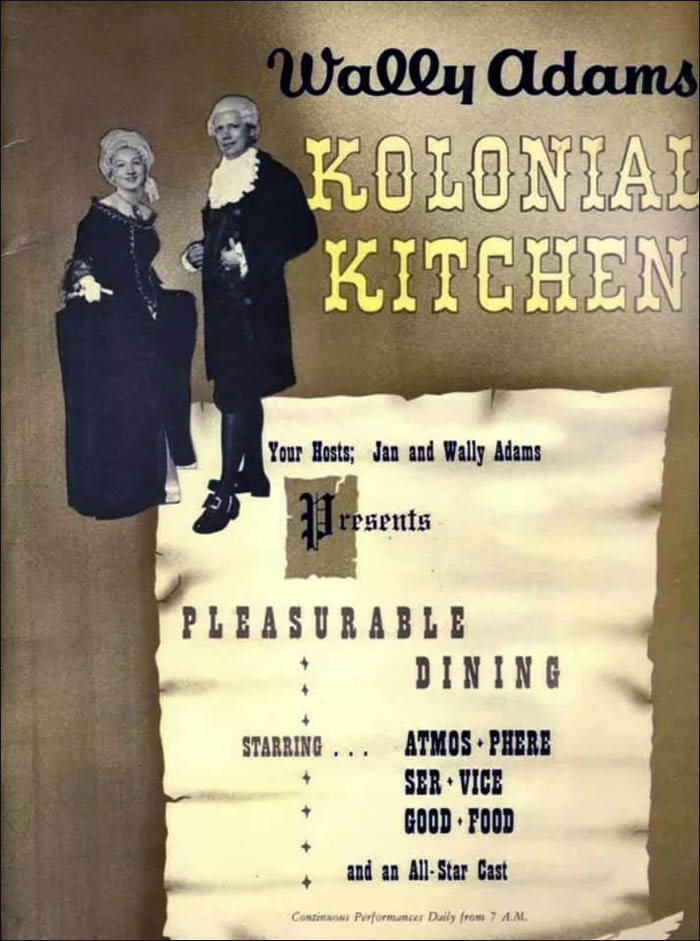 Notes: Wally Adams Kolonial Kitchen was located on North Broadway in Chicago, Illinois. It is not known when it opened or closed, but a 16-page menu dated 1959 gives an in depth picture of the restaurant's theme. The menu is modeled like a playbill and is divided into acts and scenes. There are "Ten Acts" and many scenes within each act. Each dish has a detailed explanation of ingredients and preparation.

White body plate with six illustrations in brown of George Washington, John Adams, Thomas Jefferson, Ben Franklin, the White House, and the Liberty Bell on the border. The well of the plate has a Colonial looking scroll in brown with writings about Freedom by Wally Adams. The top of the plate has the words "Kolonial Kitchen" in an Old English type.