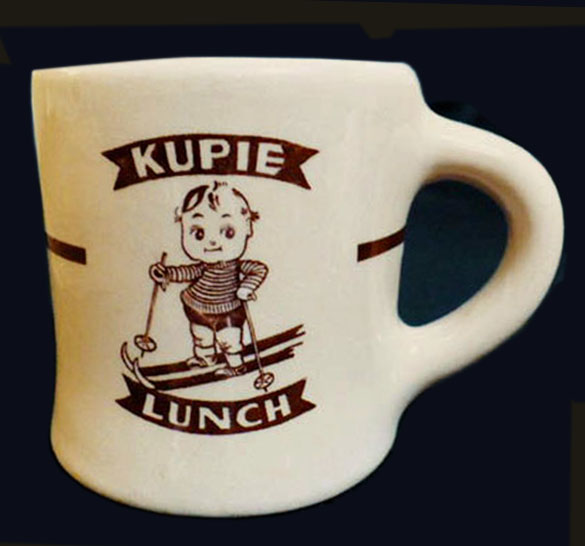 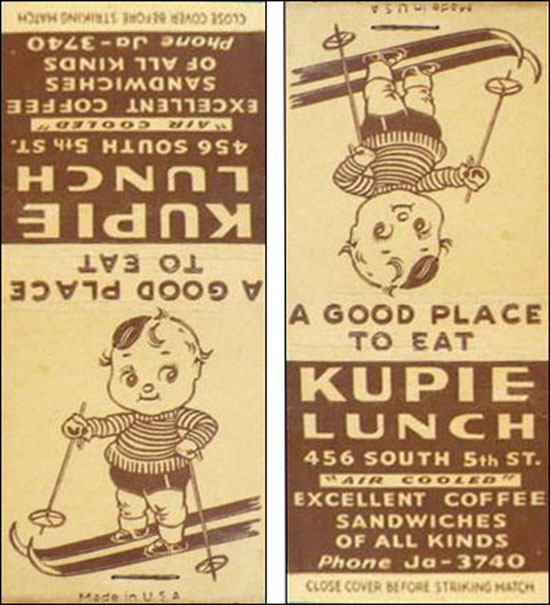 Notes: Information about this restaurant comes from its matchbook address at 456 South 5th Street, in an unknown city, combined with 1956 Kentucky court records for Daynon W. Hicks and his wife Mary F. Hicks, who filed for divorce from him:

"May 11, 1956 – At the time of the marriage and for three years thereafter, appellant owned a restaurant called Kupie Lunch at Fifth and Walnut Streets in downtown Louisville. … While he was operating this venture, his wife managed the Kupie Lunch until it was sold in 1950 for $25000."

The mug's date would confirm that it was ordered when the restaurant opened in 1947 – three years before the Kupie Lunch was sold in 1950. And its location was Louisville, Kentucky.

The tan-bodied mug depicts a Kewpie doll on skis with the words Kupie and Lunch on brown banners. (Kewpie is a trademarked name and that might be the reason the restaurant was named Kupie.)