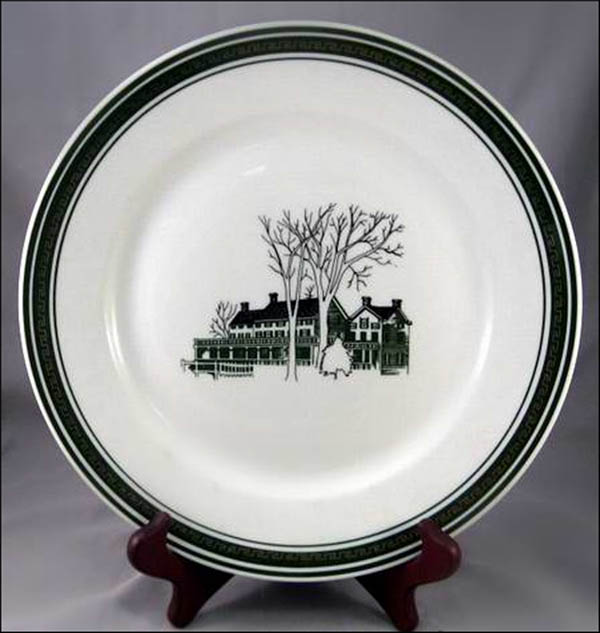 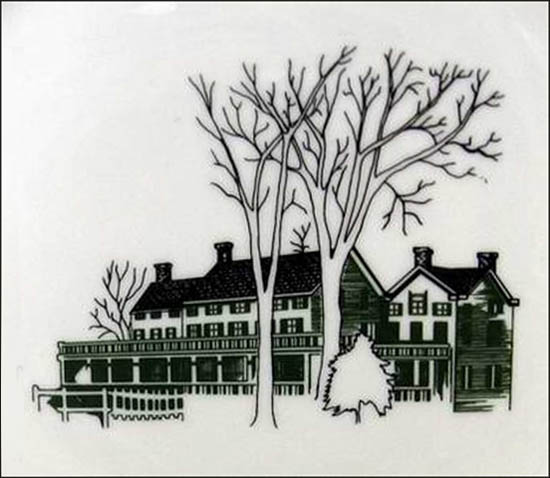 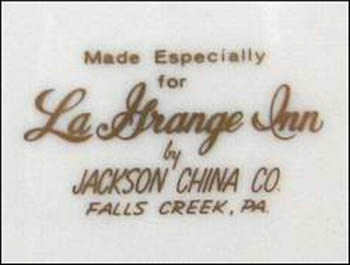 Notes: Located in West Islip, NY, the La Grange Inn was established by the Higbie family in the mid-1700s. With the establishment of the railroad in the mid-1800s, it became a popular attraction in the area of Long Island and served as a hotel and restaurant for many years.

Considered to be Long Island's oldest restaurant, it is used today (2009) as a catering hall. There are plans to construct a Walgreen's on the site, which would involve the demolition of the current Inn, downsizing it from 17,000 square feet to its original 1760 size of 2,400 square feet – with the historic portion of the building moved to another location on the site and converted into office space. There has been significant community opposition to the Walgreen's plan.

White body; green bands and line with a gold greek key design in the center band; center green and black illustration of the La Grange Inn; backstamp in gold.