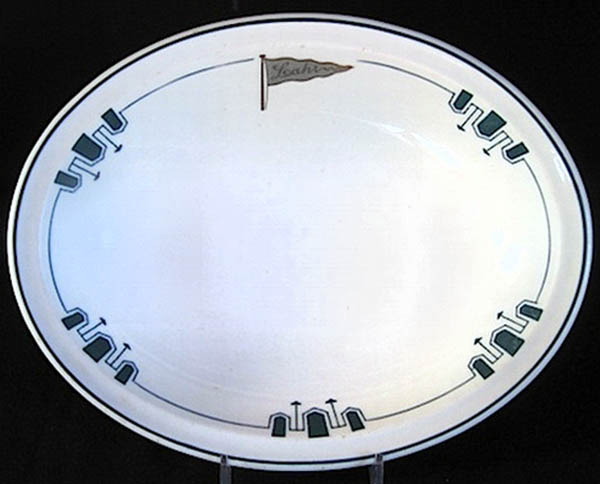 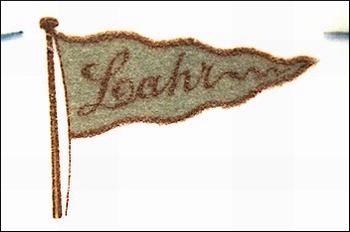 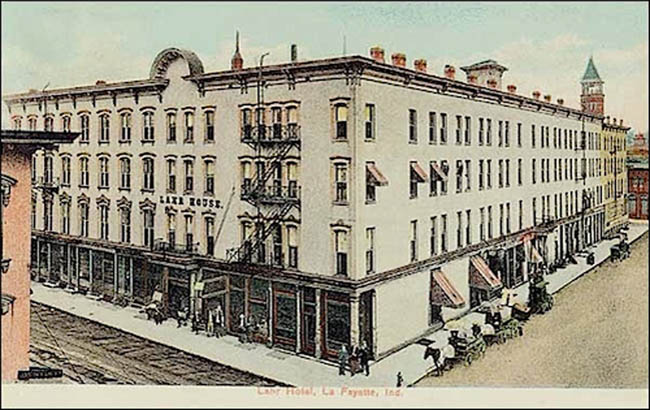 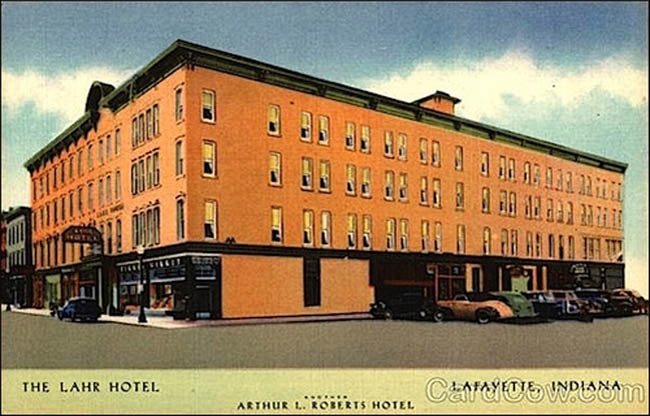 Notes: The Lahr Hotel occupied the site of the first Lafayette hotel at the corner of Fifth and Main streets in Lafayette, Ind. The foundation of the first building structure was laid by John Peterson and John McCormick in 1831, and later purchased by Henry Jennings, who erected the building and called it the "Public House." Stephen Taylor and John Dodd were the first proprietors of the hotel in this building, known then as the "Wabash House."

In 1848, when German immigrant John Lahr purchased the building, it had already been renamed the "Galt House" by his predecessor James Winters. By 1850, the hotel was commonly known as the "Lahr's Hotel or "Lahr House." In 1861, Lahr invested $80,000 in renovations and expanded the number of hotel rooms to 100. He then leased the property to Robert Browning in 1863, and later leased it to Baker and O.K. Weakly in 1868.

By 1874-75, the hotel proprietors changed again to Weakley and Christopher Mertz. It was at this time that Indiana's oldest bar in the building — the Cherry Wood Bar, established in 1835 — became the Knickerbocker Saloon. This saloon has endured many renovations over its past 177 years and remains in operation today (2013).

The hotel carried the Lahr's name until it was converted to apartments in 1998.