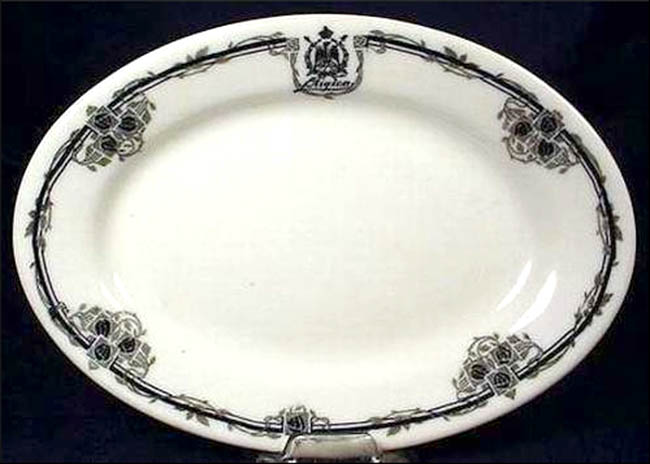 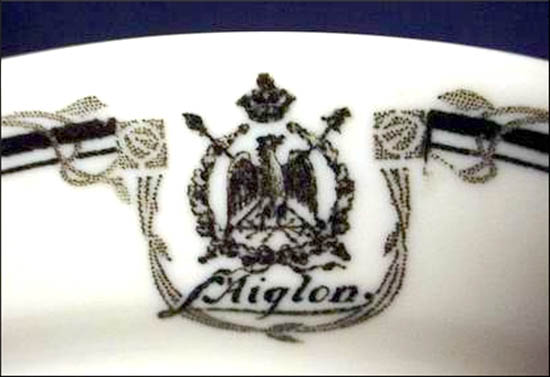 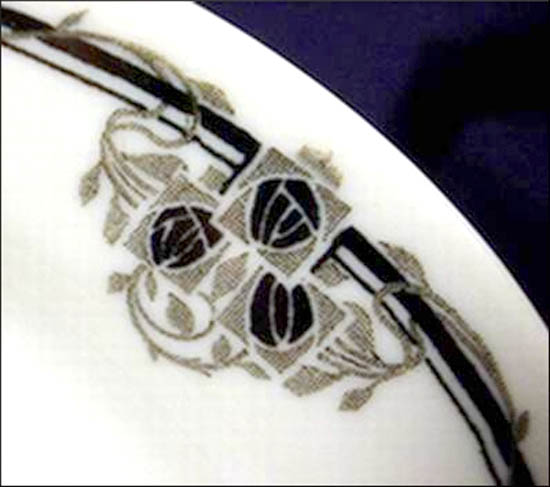 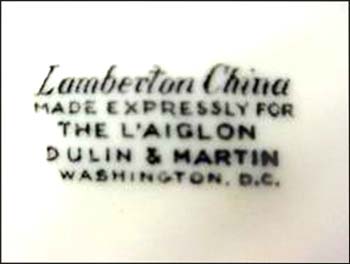 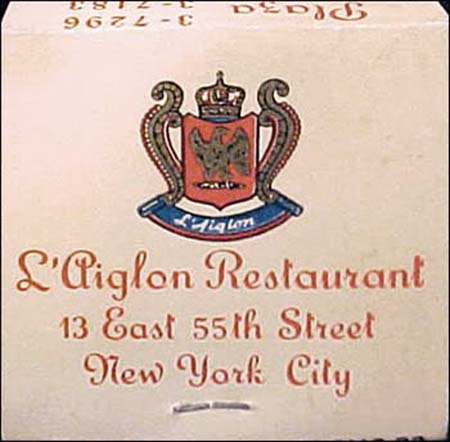 Notes: Aiglon means "eaglet" in French, so it is understandable that china for a L'Aiglon Restaurant would include an eagle in the topmark. And it is for this reason that we're revisiting this entry and questioning our first assumption that it was made for the L'Aiglon Restaurant in New York City – even with the addition of a matchbook for that location with an eagle crest (shown below).

We lean toward the Washington location but have retained the information about New York as well:

Washington, D.C.
An entry in Larry's Paul's Lamberton Works customer database indicates that this pattern was used at a The L'Aiglon Restaurant in Washington, D.C., located at 1808 Adams Mill Road, N.W. (originally Calvert Street). It was part of a 1923 addition to a house built in 1904.

The backstamp shows Dulin & Martin as distributors, and while not unheard of, it seems much more likely that the Washington distributors would have supplied this china for a local firm rather than for a business in New York, where the competition would have been fierce.

New York City
The L'Aiglon Restaurant in New York City opened on March 19, 1919 at 13 East 55th Street. The venue was later torn down to make way for the AT&T headquarters on Madison Avenue.

Lamberton China white body with a black and gray Art Deco ornamental border of stylized roses; topmarked with L'Aiglon and an eagle crest.