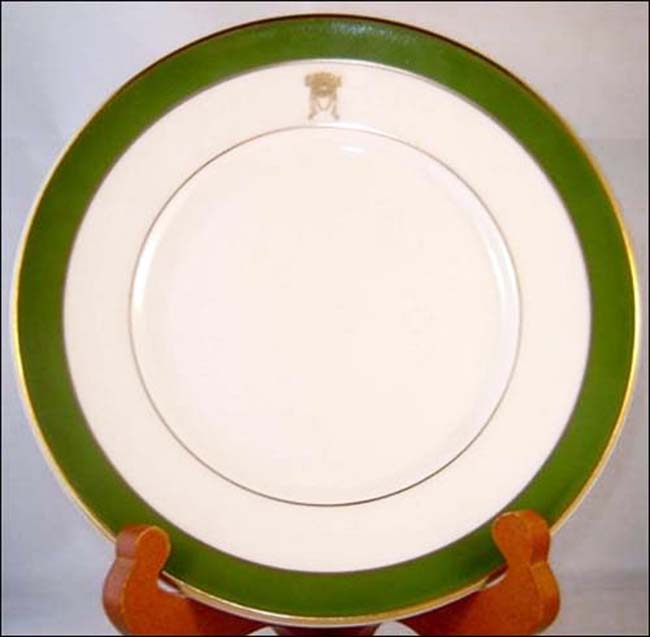 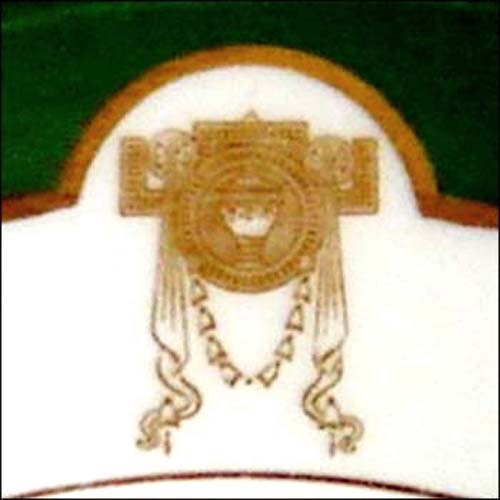 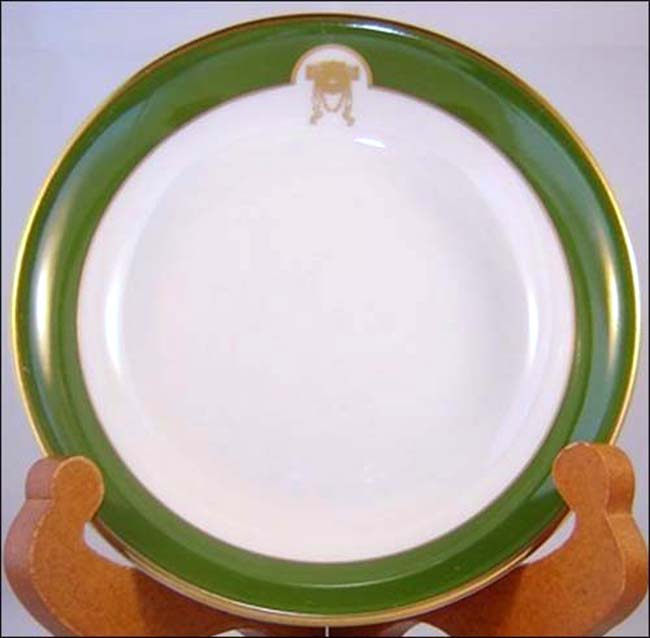 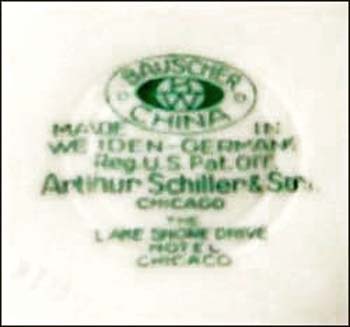 Notes: Lake Shore Drive Hotel was built in 1923 at 181 E. Lake Shore Dr., next to several other high-class Chicago, Ill., hotels. It still stands, however it served a stint as the Mayfair Regent in the 1980s and conversion into condominiums in the 1990s. A street renumbering in 1986 placed the location as 189 E. Lake Shore Dr.

The design has a white body with green-olive band edged in overglazed gold and a gold stripe on the verge of plates. A gold overglazed logo is located at 12 o'clock; on smaller pieces a cutout was made in the band, and on the saucer it is absent altogether. Impressed in the body on the back are numerals that most often express diameter in centimeters.