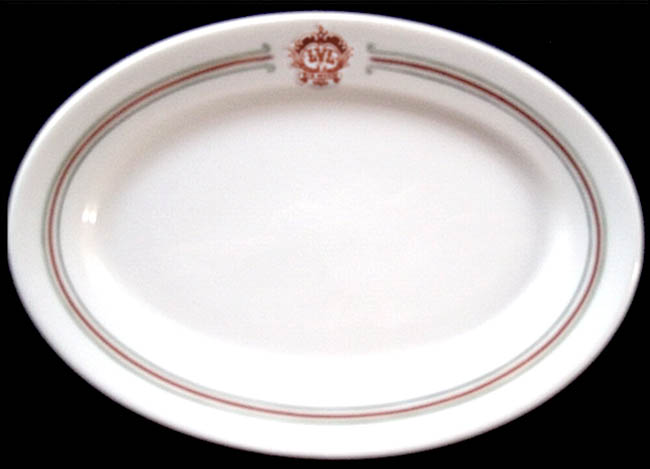 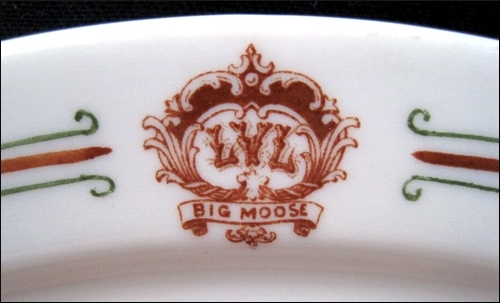 Notes: Located on Big Moose Lake in Big Moose, New York, the Lake View Lodge started as a small inn in 1897. It grew into a large lodge with many separate camps built along the shore of the lake. All the cabins were connected to the lodge by a wooden boardwalk. Guides were available for fishing, boating, horseback riding on the bridle paths in the area, and outings to the islands on the lake for picnics.

The Lodge ceased operations in the early 1960s . The property was subdivided and the cabins were sold off. Part of the main lodge was demolished and the rest became a private home.

White body platter with alternating green line, red line and green line on a rim, broken by a red logo with "L V L" in the center and Big Moose on a banner below.