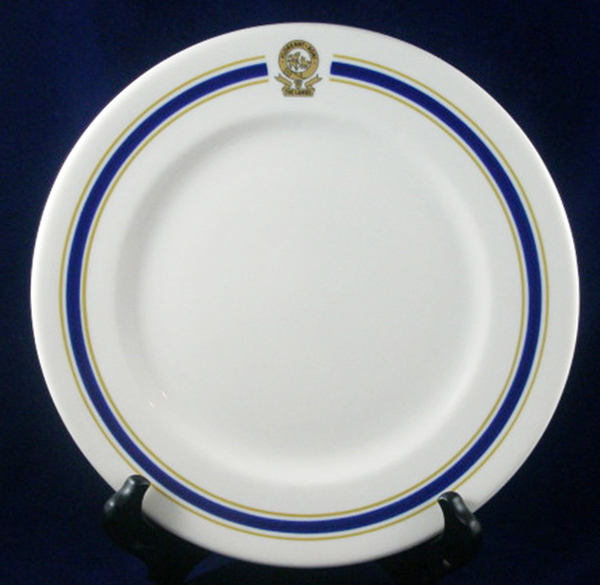 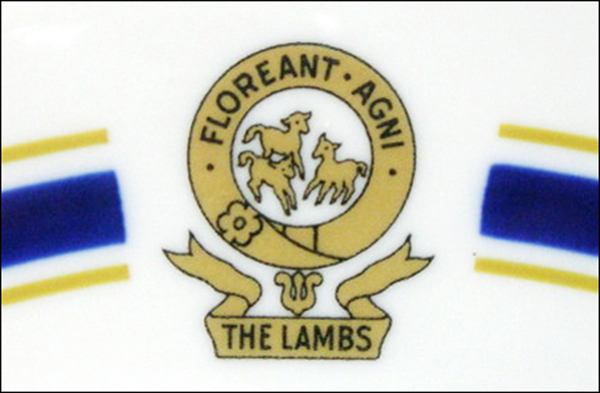 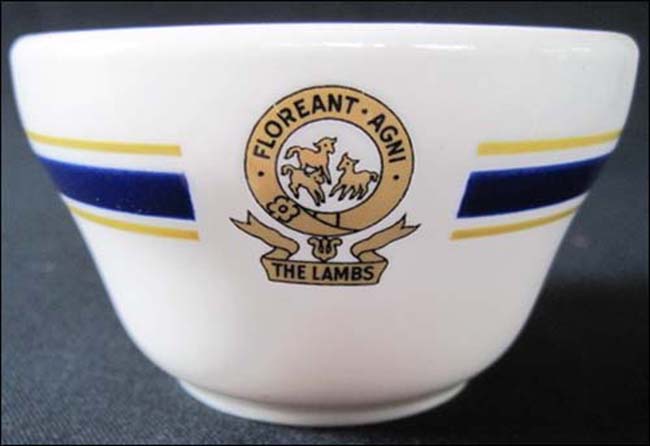 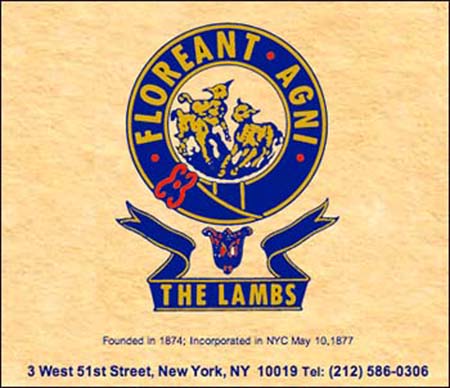 Notes: The Lambs is America's First Professional Theatrical Club, established in New York in 1874. The Lambs was named after a club by the same name in London, England, which flourished between 1869-1879.

The club's name honors the essayist Charles Lamb, and his sister Mary, who — during the early 1800's — played host to actors and literati at their famed salon in London. The Lambs is a social gathering place for persons in the performing arts. Performers, directors, writers, artists and technicians of the entertainment industry gather to celebrate their commonality.

Since its founding, there have been more than 6,000 Lambs, including such greats as Fred Astaire, Gene Autry, Irving Berlin, Douglas Fairbanks, W.C. Fields, Bert Lahr, Will Rogers, John Philip Sousa among others. Current luminaries include the Academy Award winning actor Cliff Robertson, Karen James, Abe Vigoda, and Joyce Randolph (Trixie from The Honeymooners).

Located for many years in a McKim, Mead and White landmark building on West 44th Street in New York City, the club is now located at 3 West 51st Street.

White body, two gold lines with cobalt blue band between, broken by a tan belt logo with lambs inside and Floreant Agni (May The Lambs Flourish) on the belt. The Lambs in a banner below.