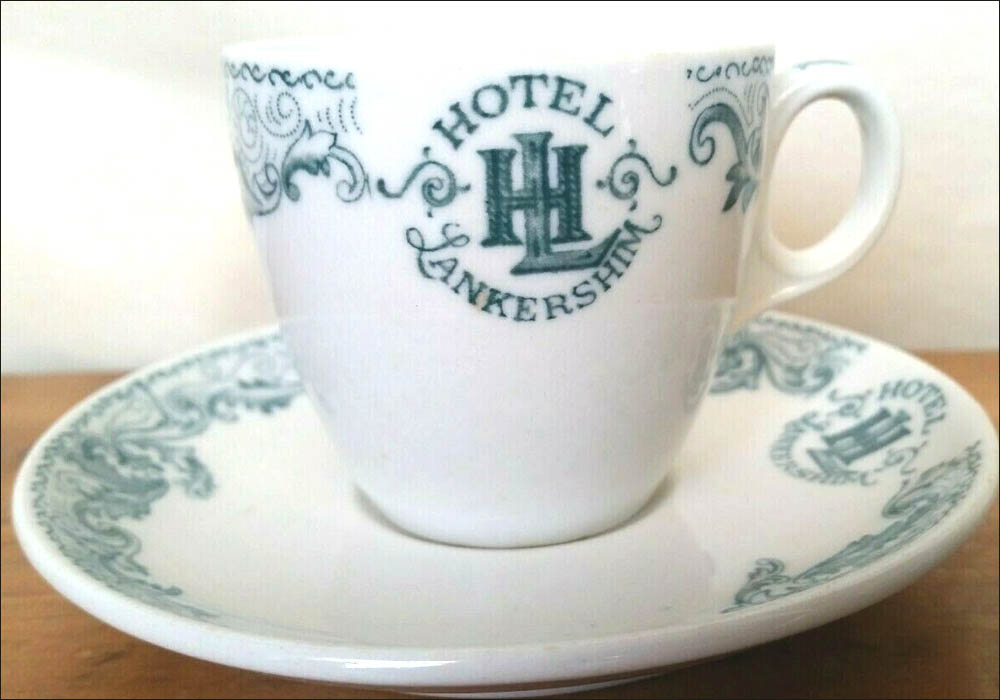 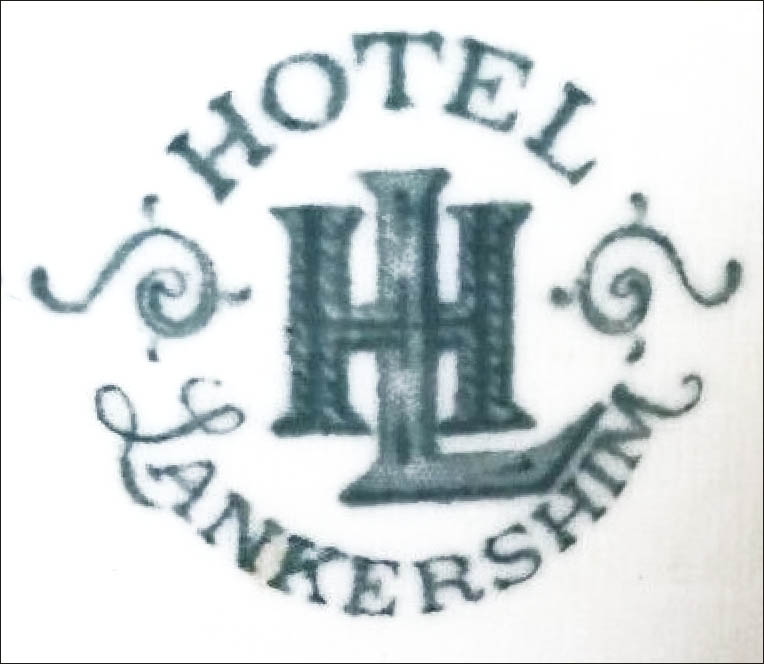 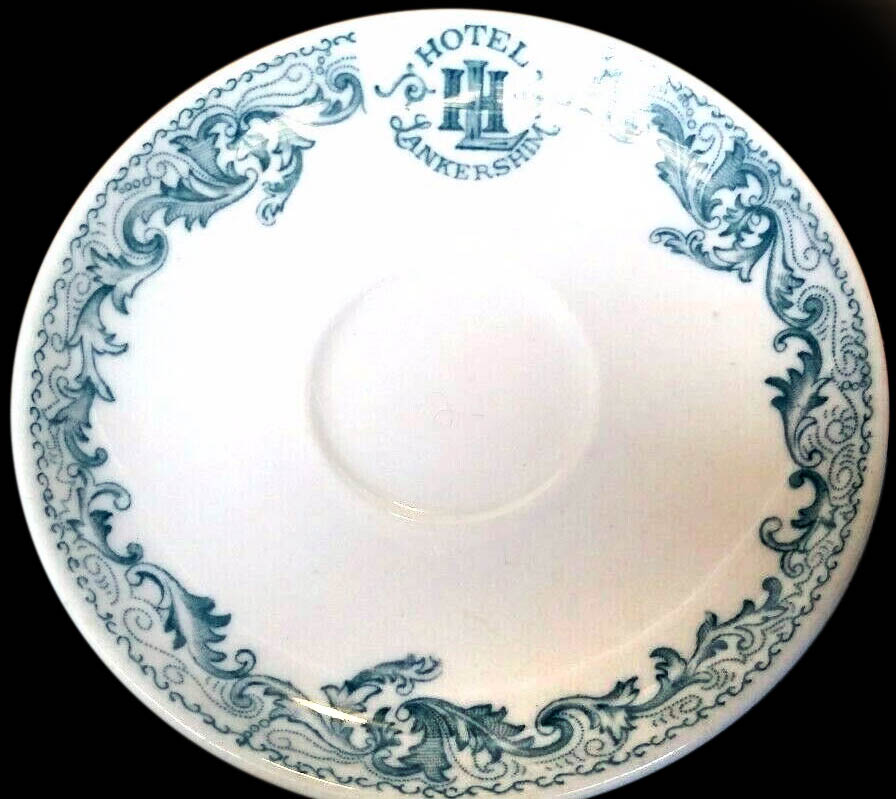 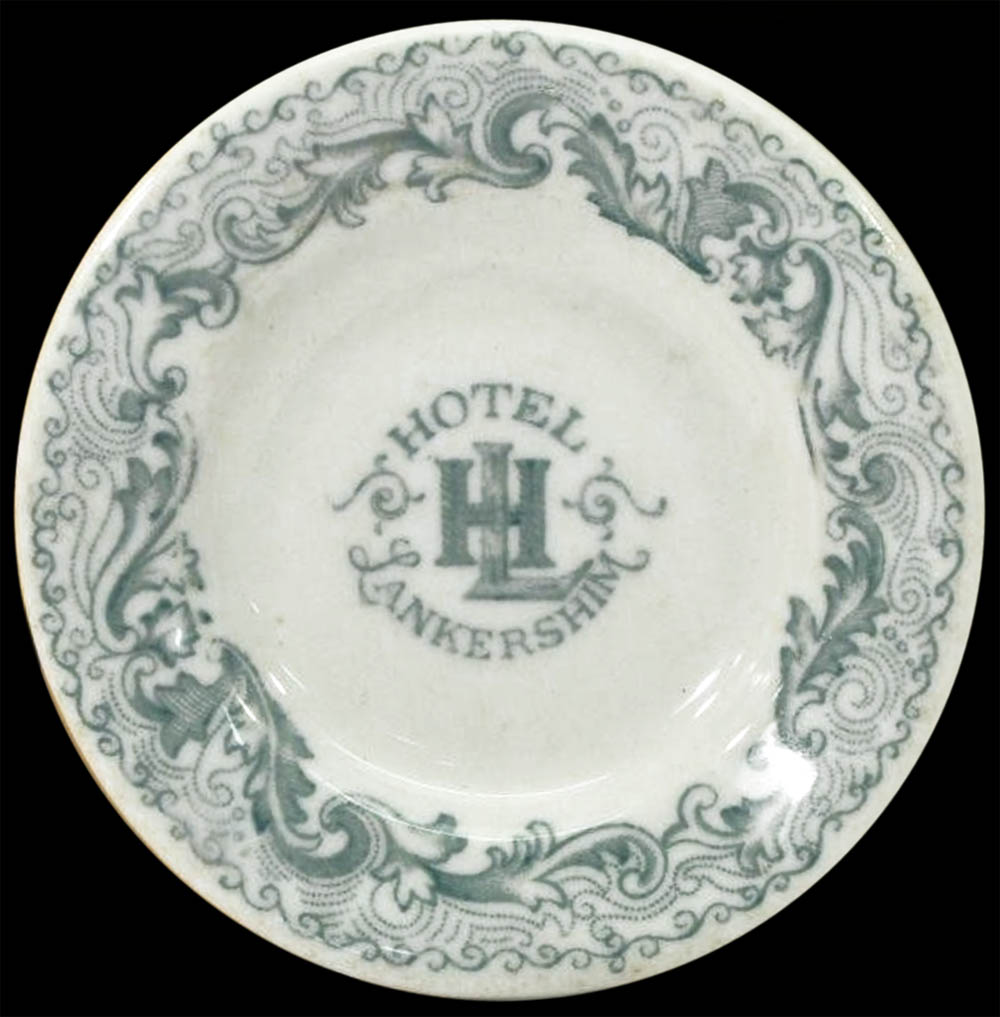 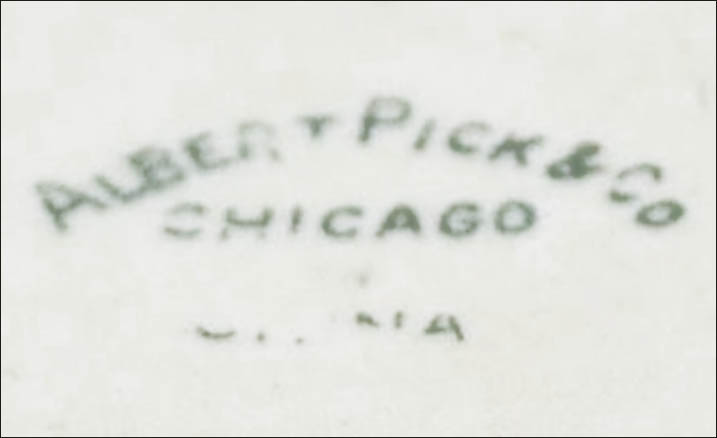 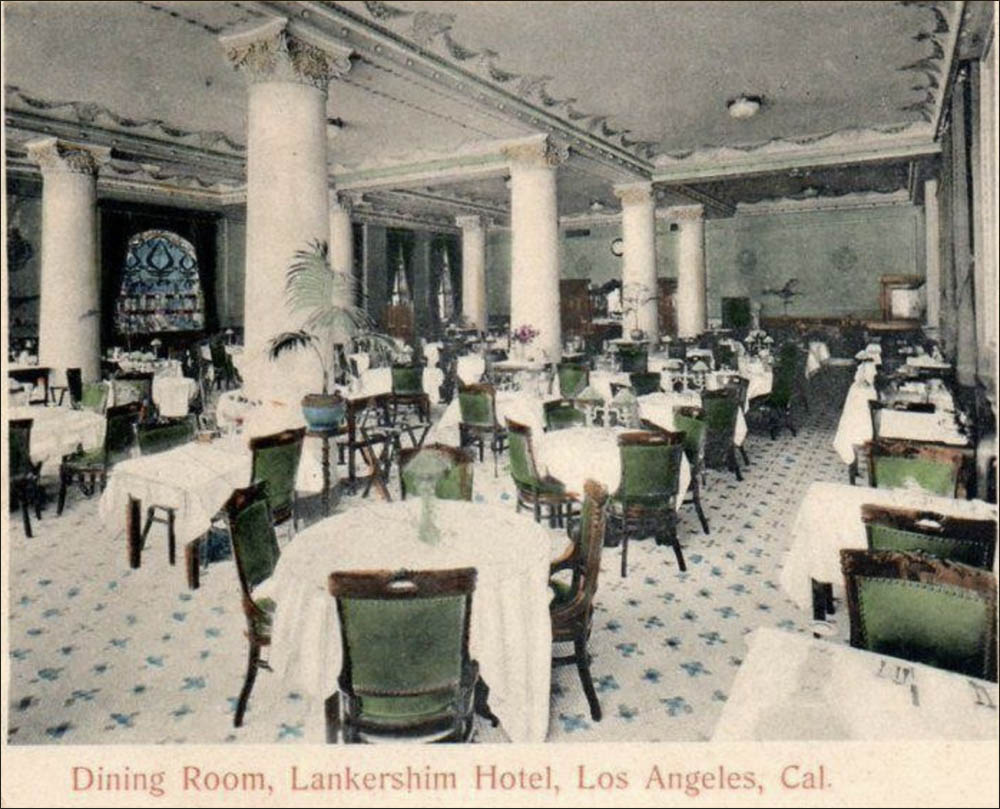 Dining Room at the Lankershim Hotel in Los Angeles 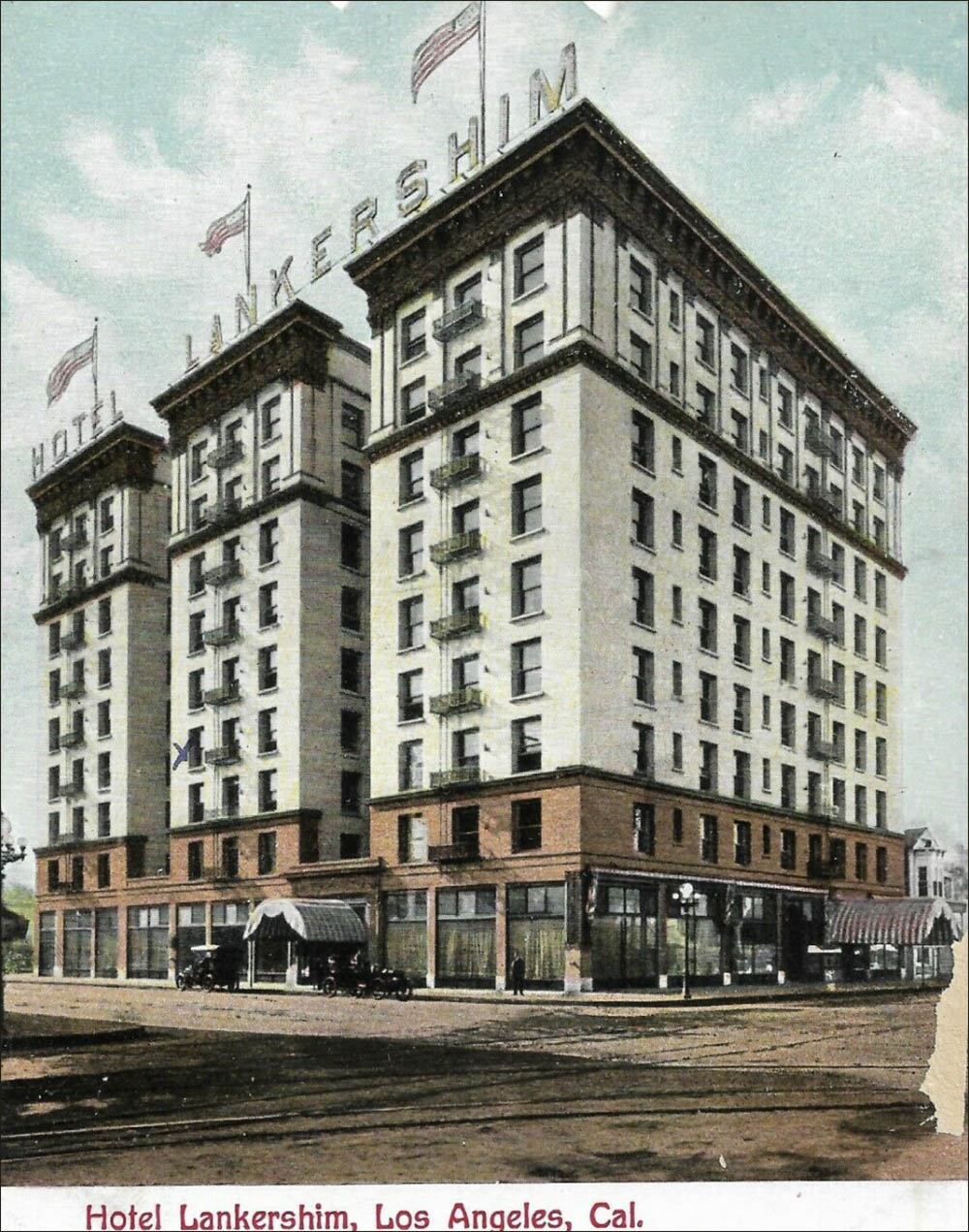 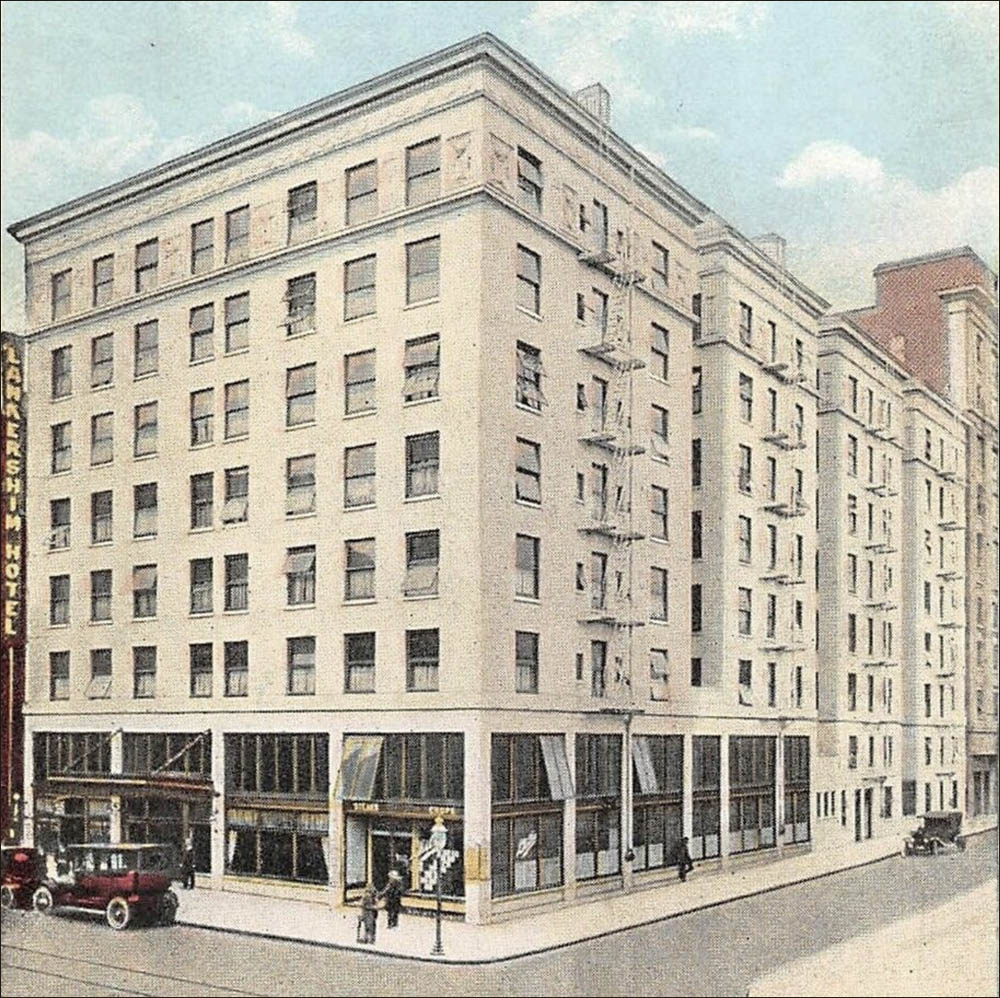 Both hotels were later operated by the Whitecotton Hotel Company, and then other hotel operating companies. The Los Angeles Lankershim is listed in the 1958 Hotel Red Book, but not in 1959. The Sylmar Earthquake of 1971 forced the closure of the upper seven floors. All but the first floor was razed in the mid 1980s, and a six-story parking garage was built above the remaining first floor.  The San Francisco hotel survives and operates in 2022 as the Hotel Zetta.

Maddock produced Lamberton China for the Lankersham that has a blue green overlapping "LH" monogram surrounded with "HOTEL LANKERSHAM." The transfer border is shown in the Maddock pattern book as "#138 Buckingham". This border was used by a number of other customers. Albert Pick was the distributor.